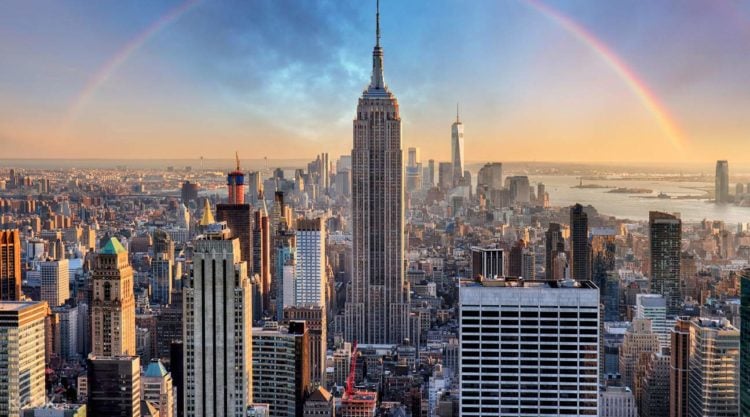 The Empire State Building is one of the most iconic sights that can be found in both New York City and the whole of the United States. In part, this is because it makes for an impressive sight, not least because it is one of the tallest buildings in New York City. However, it should be mentioned that it has been with us for more than eight decades, meaning that it has become rooted in the popular imagination. Here are 10 things that you may or may not have known about the Empire State Building:

1. It Is Named for the State of New York

2. It Isn’t the First Building on the Site

Perhaps unsurprisingly, the Empire State Building isn’t the first building to stand on its site. Before it, there was the Waldorf-Astoria, which was built by William Waldorf Astor. While the hotel was very popular for a time, it had become less in-vogue by the 1920s, which is why the building was sold so that it could move elsewhere.

3. There Was a Plan to Build an Office Building

For a time, there was a plan to build a 25-floor office building on the site where the Empire State Building now stands. However, while the land owner paid $100,000 on the $1 million down payment needed to get construction started, he proceeded to default on the $900,000 that he borrowed from the bank, which is why those plans never came to fruition.

5. There Was a Competition for the Tallest Building When It Was Built

6. Once the Tallest Building in the Entire World

Building skyscrapers was very, very dangerous in those times. However, it was very, very lucrative as well because it called for people who are smart, strong, and capable of overcoming their fear of heights, meaning that there was no shortage of labor for projects such as the Empire State Building. Fortunately for historians, Lewis Hine took extensive photographs of the building process, which proved very interesting for the public in those times as well.

8. Its Opening Coincided with the Great Depression

The Empire State Building opened up in 1931. Unfortunately, this meant that its opening coincided with the Great Depression, meaning that a lot of its spaces were vacant for the first part of its existence. This was pretty noticeable, so much so that New Yorkers called it the Empty State Building.

9. Its Reputation Was Bolstered By Aggressive Marketing

The people behind the Empire State Building weren’t shy about promoting their building. Aggressive marketing played an important part in establishing the building’s reputation, thus turning it into a tourist destination very early on.

It wasn’t until the 1950s that the Empire State Building had become profitable. This was helped by its towering reputation, which brought in tenants in spite of less attractive factors such as its distance from transportation centers.