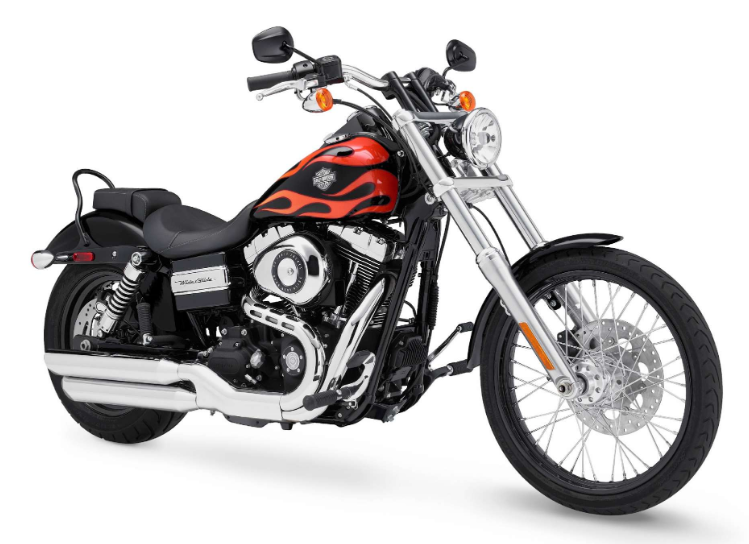 Harley Davidson has made a habit of churning out new designs to satisfy the cravings of serious riders of all kinds, from all walks of life. One such example of their innovative creativity is the 2010 Dyna Wide Glide model that came out with an old school chopper styling with a low stretch aesthetic and the attitude that all Harley’s possess in an affordable version that doesn’t skimp on features or creature comforts. As we look back in history for nearly a decade, this bike represented their commitment and is deserving of a closer look.

The inspiration for the 2010 Dyna Wide Glide

The 2010 edition of the Dyna Wide Glide is a cruiser that offers a sweet riding experience but it’s every bit as much about the image as it is anything else, arguably and whether you agree with this statement or not, there are those who know it to be the truth. Your ride makes a statement about you, particularly when you personalize it through the customization’s offered by the dealership. Harley’s habit of knowing their customers have pretty much nailed it with this model, at least for some, and this particular bike is a new take on the Wide Glide which has a long and storied history, beginning in 1980 with the FX model and its solid engine mount through 1986. It was followed by the FXD in 1993 produced through 2008 with a rubber mount, and now in a third run is the FXDWG, 2010 Dyna Wide Glide with its old school aesthetic. It was in essence, the redefinition of a cruiser, which is the main factor which makes this bike such a significant model in the history of Harley-Davidson.

An infusion of new blood into the Wide Glide DNA

The 2010 Dyna Wide Glide offers a new take on the old chopper style cruiser with a low and stretched custom styling with forward foot controls and drag bars, adding an LED for the tail light, stop and turn signals with an ultra clean rear fender in a chopped style with a side mounted license plate. The big Twin cam 96 is rubber mounted V-Twin power train featuring ESPFI with a black powder coat finish along with cylinder fins and rocker and derby covers plated in chrome for bright machined highlights. The engine achieves 92 lb-ft of torque at 3000 rpm and it’s mated with a 6-speed Cruise Drive transmission designed with a helical cut fifth gear, making the operation a little smoother. Other interesting features include exposed rear shock absorbsers, adjustable and preloaded into the swing arm, a battery box that’s hidden under the seat, the speedometer placed within the console and a large 4.7-gallon fuel tank to maximize the range.

This cruiser was designed with a new 1,584 cc displacement engine, hydraulic disc brakes in the front and back with a 68.3-inch wheelbase. The seat height is 25.5 inches for the 2 seaters with a wet weight of 647 pounds. Other features include digital instrumentation as standard equipment with an optional windshield.The side-mounted license plate holder was made to flip out and another feature that distinguished this bike was the black wire sissy bar which gave it a serious 1970’s street chopper aesthetic, in the form of a throwback model that made some riders smile with recognition for the effort. The culmination of the elements of design resulted in a clean bike that presented a new and more modernized nod to an era that has been long past. It gives a nod to the 1970’s era and for those who were riding or at least wanting to ride at this time, it’s like revisiting a long lost friend. for those who love the look and feel of choppers, but weren’t around for the ’70s, it’s a really cool retro bike style.

Of particular interest is the extended FX front end along with the performance of the Big Twin which has succeeded in delivering not only a bold and attractive styling but also great handling for cruising down the highway. The original manufacturer’s suggested retail price for this bike brand new was set at $14,499. There is little doubt that this particular model has created many an interesting bike trip story in its day.

What makes this bike so special?

We’re highlighting 2010 Harley Davidson FXDWG Dyna Wide Glide because it is a model that holds significance in the history of the brand. What makes it so special is that it was a thoughtful reinvention of the 1970s chopper style. It offered yet another choice for a massive group of riders with diverse tastes and preferences. It’s a nod to a brilliant past that Harley acknowledged in a version that offered a bit of modernization while bringing back what amounted to a very good thing during the 1970’s era. This bike served as a reminder of the history of the Dyna Wide Glides but it also opened a new chapter, providing for the needs of a diverse group of riders. It also showed the versatility of Harley design with the development of a new engine.

Harley is all about forward progression and making the necessary changes, but they also realize that some things are perfect as they are and the elements of a bike that has made it dear to some should be periodically reintroduced in a new model that continues to highlight the best components while showcasing the new ones. These are the aspects of innovation that Harley Davidson continues to embrace. They are also the elements that answer the question of what makes the 2010 Harley Davidson FXDWG Dyna Wide Glide such an important part of the history of the brand. It’s almost a decade old and this model still remains one of the more popular in the used bike market.