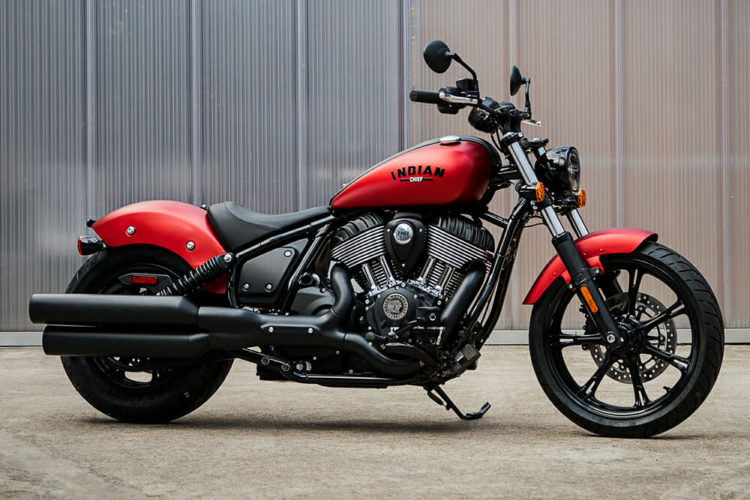 When it comes to choosing a motorcycle, there are a lot of options out there. One of the more distinct examples is the 2022 Indian Chief Bobber Dark Horse. Obviously, there are many things about Indian motorcycles that have always stood out when compared to the competition, and this example is certainly no different. One of the things that people have always loved about Indian motorcycles is that they stand out. They’re also quite different from other brands, namely Harley-Davidson. As such, younger individuals have typically been drawn more to the Indian motorcycles while their more seasoned counterparts tend to default toward bikes made by Harley. However, this particular motorcycle could potentially change that fact. It is distinctly different from Harley-Davidson, as you might expect. The thing is, it’s also distinctly different when compared to most of the other things that Indian has manufactured. It really is in a league all its own.

Appearance Isn’t Everything, But Almost

The first thing that anyone is going to notice about this motorcycle is the way it looks. It’s relatively compact, especially when compared to some of the larger examples on the road. It’s also completely blacked out, including the exhaust pipes, handlebars and virtually everything else. In fact, the motorcycle only comes in three colors, all of them various stages of powder coated black. In order to gain a little bit of color variation, portions of the bike are a lighter color than others, ranging black to dark gray. The end result is a motorcycle that looks like it dropped straight out of a time warp from 20 years ago, yet completely in silhouette. It definitely looks good and it’s enough to get your attention straight away. The question is, what is the rest of the bike made of? Does it perform as well as it looks or is it all about appearances and little else?

The Nuts-And-Bolts Of It All

In order to understand more about the bike, you have to first understand that despite its rather compact appearance, Indian considers it to be more in the mid-size range than anything else. In fact, it comes in at approximately 90 inches long and just over 600 pounds in weight. That does set it in the mid size range, but just barely. Clearly, it isn’t a bike that would be very hard to power adequately, something that Indian has definitely accomplished. As far as having enough power is concerned, that’s something that you definitely don’t have to worry about with this motorcycle. Its engine is more than enough to get you where you want to go and the steering and shocks allow you to do so comfortably without having to either beat yourself to death or fight the motorcycle in order to get it where you want to go. Some bikes have a tendency to wear the rider out after only a relatively short time. Fortunately, this is definitely not one of those types of motorcycles. As a matter of fact, it’s actually one of the easier bikes to ride when compared to other motorcycles in its class, one that is rapidly disappearing, by the way.

One of the most unique things about this motorcycle is that it has an appearance that looks like something from days gone by. In fact, virtually everything about its appearance is retro. However, that does not mean that the motorcycle itself is dated. Nothing could be further from the truth. It very much looks the part when you’re talking about retro styling. However, everything about the way it performs is very comparable to modern-day standards. A perfect example is the tiny touchscreen that you would almost miss if you weren’t looking for it, yet it’s a near-perfect fit for the individual sitting on the motorcycle who’s looking directly at it. There’s nothing big or ostentatious about it. It wouldn’t fit in with the retro design because touchscreens simply didn’t exist back then. That is one of the things that is so special about this bike. Indian has somehow managed to walk the fine line between keeping something that looks like it’s from a bygone era, yet making it fit in the modern-day world when it comes to things like performance and features. It’s almost impossible to do this successfully, yet they have managed to do exactly that.

Speaking Of Walking A Tightrope

When you really get right down to it, Indian offers almost everything that any motorcycle rider could ever want. The touchscreen that is so small it’s almost easy to miss also includes almost everything any motorcycle rider could ever hope for. It serves as the gas gauge, but it can also tell the rider how many RPMs the engine is running at, how many more miles they have left to go before they run out of gas, and even provide turn-by-turn GPS directions. If you really want to get down to it, you can also connect the touchscreen to your smartphone via Bluetooth. This gives you the opportunity to speak to loved ones or even listen to your favorite music while you’re out for a ride. To make things even better, you can use a helmet that also features Bluetooth technology, thereby giving you the opportunity to pipe the music directly through the ear pieces located inside the helmet. It doesn’t get much better than that.

At the end of the day, most motorcycle riders want two things. They want a motorcycle they can depend on and they want something that they can have fun with. This particular motorcycle manages to fit both of those categories quite well. It’s really no wonder that the motorcycle has already become such a popular talking point with those who truly love to ride. There’s no reason to believe that this particular model won’t continue to remain popular for years to come. 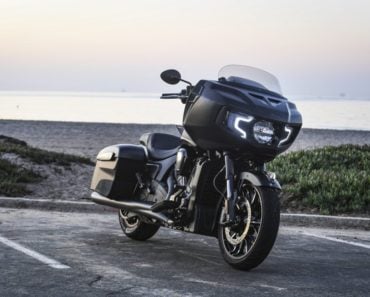 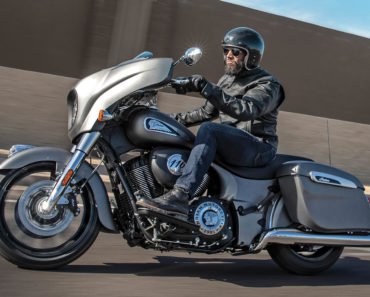 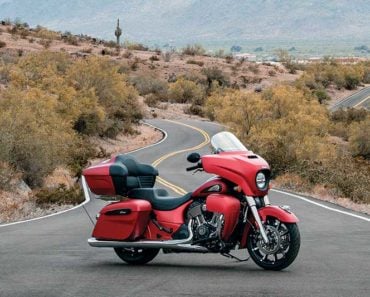