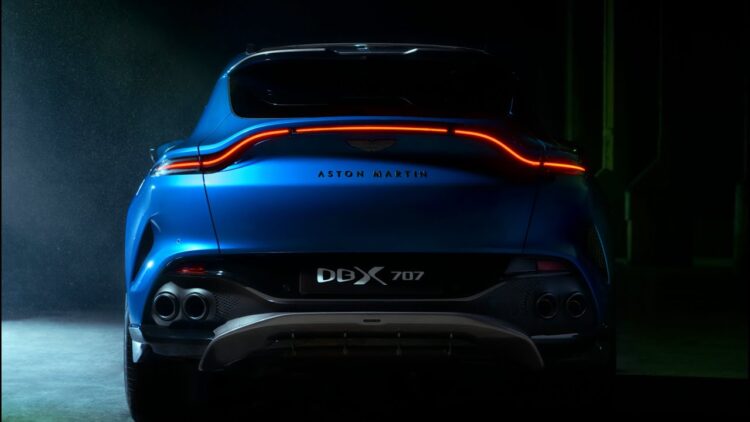 Aston Martin was founded in 1913 and has experienced numerous highs and lows throughout its history. Lionel Martin and Robert Bamford founded the company. Before starting their own business, the couple sold Singer cars in West London. One of the company’s first vehicles raced in The Aston Hill Climb a year after it was founded. When the co-owners enlisted during World War I, the company ceased vehicle production.They returned in 1920, however, and built a new model. Aston Martin officially chose its name shortly before World War II. One constant has been Aston Martin’s ability to stand out from the crowd. Regardless of what is going on in the rest of the world, they have never wavered from their initial commitment to building their vehicles by hand. Aston Martin has created a new vehicle after just over a century. Aston Martin, like other luxury car companies before them, is combining the luxury of their sports cars with the functionality of an SUV. Let’s take a closer look at the Aston Martin DBX 707 in 2023.

Many car enthusiasts doubted Aston Martin could replicate what Porsche did with the Cayenne. However, after seeing The DBX 707, some wonder if they did it better. Although many people may dismiss the vehicle based solely on its V12 engine, it is still a worthy vehicle and unquestionably a standout in its class. Aston Martin has prioritized functionality without sacrificing style. Furthermore, the company has included features that make the vehicle cutting-edge. This vehicle is The next level for The company, according to Motor Trend. Aston Martin, they continued, “now stands for beautiful machines with ultra-luxurious innards that offer ‘class leading’ performance.”

The DBX’s first production began in 2020, and the new design features in the 2022 model are the result of the designers’ measures to promote from model to model. It’s amazing how much detail they put into it. Because customers complained about the firm’s previous models, the company added doors that close much softer. According to Auto Blog, Andrew Tokely, a senior manager on Aston Martin’s engineering team, discussed the redesign of the cup holders, saying that American buyers inspired them to do so. This may appear to be a minor detail, but it is precisely these details that distinguish The vehicle.

The new Aston Martin DBX 707 is powered by a Mercedes-AMG-sourced 4.0-liter twin-turbo V8 with 697 hp (707 ps) and 900 Nm (665 lb-ft) of torque. As a byproduct, the 707 designation refers to the engine’s metric horsepower. The DBX 707 accelerates from 0 to 100 kilometers per hour (0 to 62 miles per hour) in 3.3 seconds and tops out at 310 kilometers per hour (193 mph). Meanwhile, the Model X Plaid accelerates from 0 to 62 mph in 2.6 seconds, but the electric SUV’s top speed is limited to 262 kph (163 mph). The cavalry of the V8 is delivered to the four wheels via a nine-speed automatic transmission with beefy shift paddles, an active transfer case, an upsized carbon fiber driveshaft, and an electronic limited-slip rear differential with a final drive ratio that is 7% shorter than The standard DBX’s. As a result, reaching 60 mph from a standstill takes 3.1 seconds, which is even more impressive given the engine’s 4,940-pound mass. The nine-speed automatic keeps up the pace by delivering quick, crisp shifts, which can be done automatically or manually. The shift paddles are larger and made of carbon fiber rather than metal than on the standard DBX.

The only slight disappointment was the overall technology onboard. Because the vehicle is so far ahead of the competition in so many areas, many people believed that some of the technology simply couldn’t keep up. The infotainment screen, for example, is extremely simple. As previously stated, The vehicle borrows from The Mercedes under The engine, and sadly, they appear to have borrowed from it again on The slightly dated screen. However, appearances can be deceiving because the software incorporates some relatively new features. There will be some learning curve for those who are new to Aston Martins. To confuse new drivers, the company places its automatic shifter in an unlikely location. The other standouts, on the other hand, will make it worthwhile. The acceleration is smooth, and the engine has incredible acceleration, which is usually reserved for much smaller sports cars. Some of the first people to test drive the vehicle had the rare opportunity to do so on Sardinian roads near one of the main factories. Despite the harsh road conditions, the vehicle was handled with incredible precision. The new gearbox includes a Race Start launch-control function in addition to faster shift times. It’s simple to get to. In Sport or Sport+ mode, depress the brake and accelerator at the same time. When the revs reach 4000 rpm, release the brake and enjoy being launched back into your seat, as indicated by the red Race Start message on the digital instrument display.

Adam Carolla once said, “The Aston Martin is a beautiful car.” It’s a work of art. “I adore the car’s interior and exterior.” This was particularly true for the Aston Martin DBX 707. Prior to the release of the Tesla X Plaid, it was the fastest SUV. This, however, does not detract from the next level attained by the luxury car company with the release of their latest addition. If you decide to buy one, the starting price is $239,086, and depending on the options you want, it can cost up to $300,000. So, if you want the power of a sportscar housed in a sleek new SUV, The 2023 Aston Martin DBX707 could be the vehicle for you. However, with the luxurious price drive you may have to settle for an armchair test drive from some of those lucky enough to get behind the wheel of this revolutionary new vehicle.