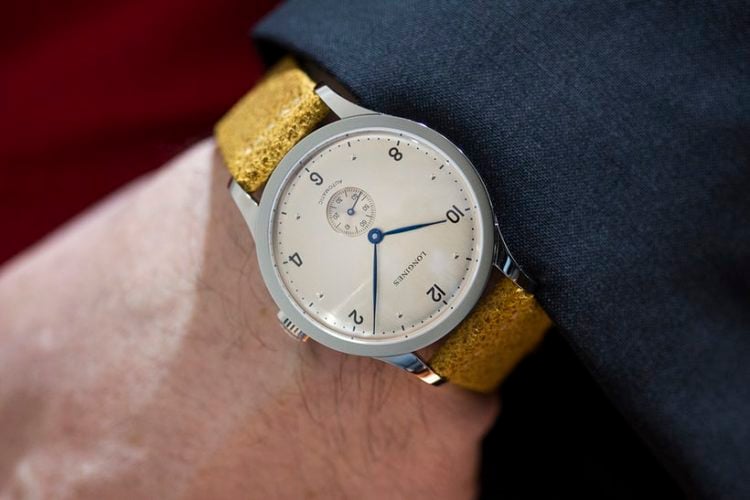 The vintage-inspired Longines Heritage 1945 is a remake of the timeless piece of simple elegance from the 1940s that has resurfaced much to the delight of vintage watch enthusiasts. It’s the brand’s latest edition offered that is destined to become a new classic with deep roots in an era when elegance was a requirement in refined circles. The new inspiration deserves a closer look.

The Longines Heritage 1945 is a masterpiece expressed in a 40mm case which houses an elegantly orchestrated face with a lovely bronze dial in a stylish convex setting of brushed copper material. In a magnificent display of contrast and legibility, the six Arabic numerals are artistically crafted in a font of mid-century styling that delivers the vintage flavor of its essence and intention. The blued hands add a vibrant touch that livens up the elegant simplicity with a classy touch of youthfulness, reminiscent of the innocence of the 1940s era. The bezel offers a flat representation which lends to the understated elegance of the watch.

The new Longines Heritage 1945 is not an exact replication of the former ancestor from which it is inspired. While the former featured a matte rose-colored dial, the new updated version is a brushed copper which bears a reasonable similarity, yet evidences its own unique personality with traces of the DNA from its predecessor. Other minor differences such as the slight style shift in the crown and the sub-seconds register in a slightly higher position on the dial, is admittedly the perfect balance of a revisit to the past with the necessary modern updates that signals the forward evolution of the line within the brand. The attractive and well-balanced newcomer is both refreshing and nostalgic at the same time. 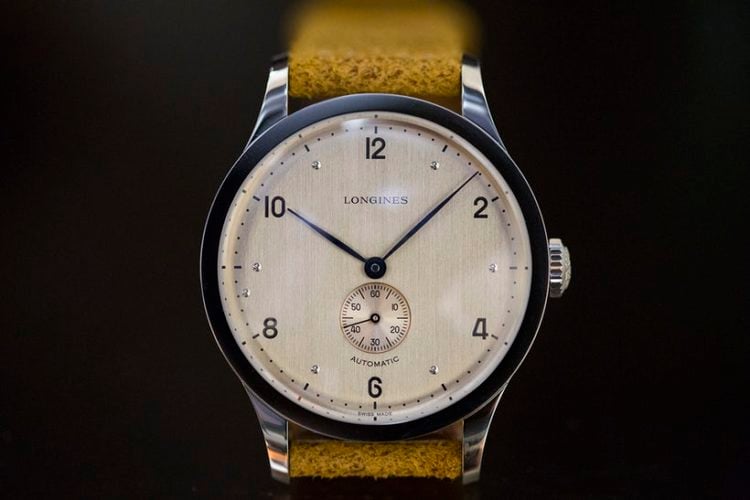 The case and dial

The round 40mm case is crafted of high-grade stainless steel material. The pale copper colored dial adds a smart backdrop for the painted on Arabic numerals and indexes. Blued steel hour and minute hands appear with a unique vibrancy against the light background. The appearance is quite striking.

The movement is an automatic L609, a self-winding mechanical type with a power reserve of 42 hours. The functions are hours and minutes with small seconds at the 6 o’clock position. The glass is a sapphire crystal with added scratch resistance and several layers of anti-reflective coating added to the interior side of the glass. The watch fastens to the wrist with a beige colored genuine leather strap that closes with a buckle type fastener and is water resistant up to three bar.

The Longines Heritage 1945: An update from a different age

Longines determined to expand their heritage line of vintage watches with purpose and intention in every detail of the design and execution of the new example. In a side by side comparison of the old and the new, there are striking resemblances along with the infusion of a new spirit that embodies the essence of the intention to show forward progression. The new Longines Heritage 1945 has succeeded in fulfilling its mission in melding the old with the new in a seamless and harmonious marriage of the mid-century era brought forward into the present. 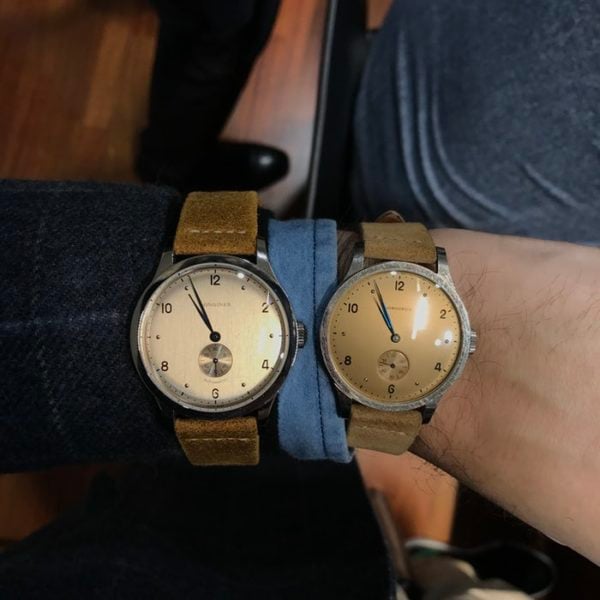 What it all comes down to is the presentation of a new timepiece that has its roots in the past. It’s a reminder that simplicity converts easily to elegance with the addition of the most minute detail. To the discerning eye, the small and careful attention to fine details conspires with the overall scheme to translate into a brilliantly executed timepiece that has no need for frills to be attractive or enticing. It is sometimes in the understated and nostalgic aesthetics that the true beauty of the masterpiece emerges. As in the case of the Longines Heritage 1945, it’s not as much a rebirth or re-issue, but more of a new birth that is based upon a wonderful memory. Longines has produced yet one more exquisite timepiece that is destined to become a classic in its own right. The history is a lovely embellishment for a quality wrist-watch that could just as easily stand on its own. The Longines Heritage 1945 new edition is offered for a modest price of $1,800 and represents an exceptional value for the price. 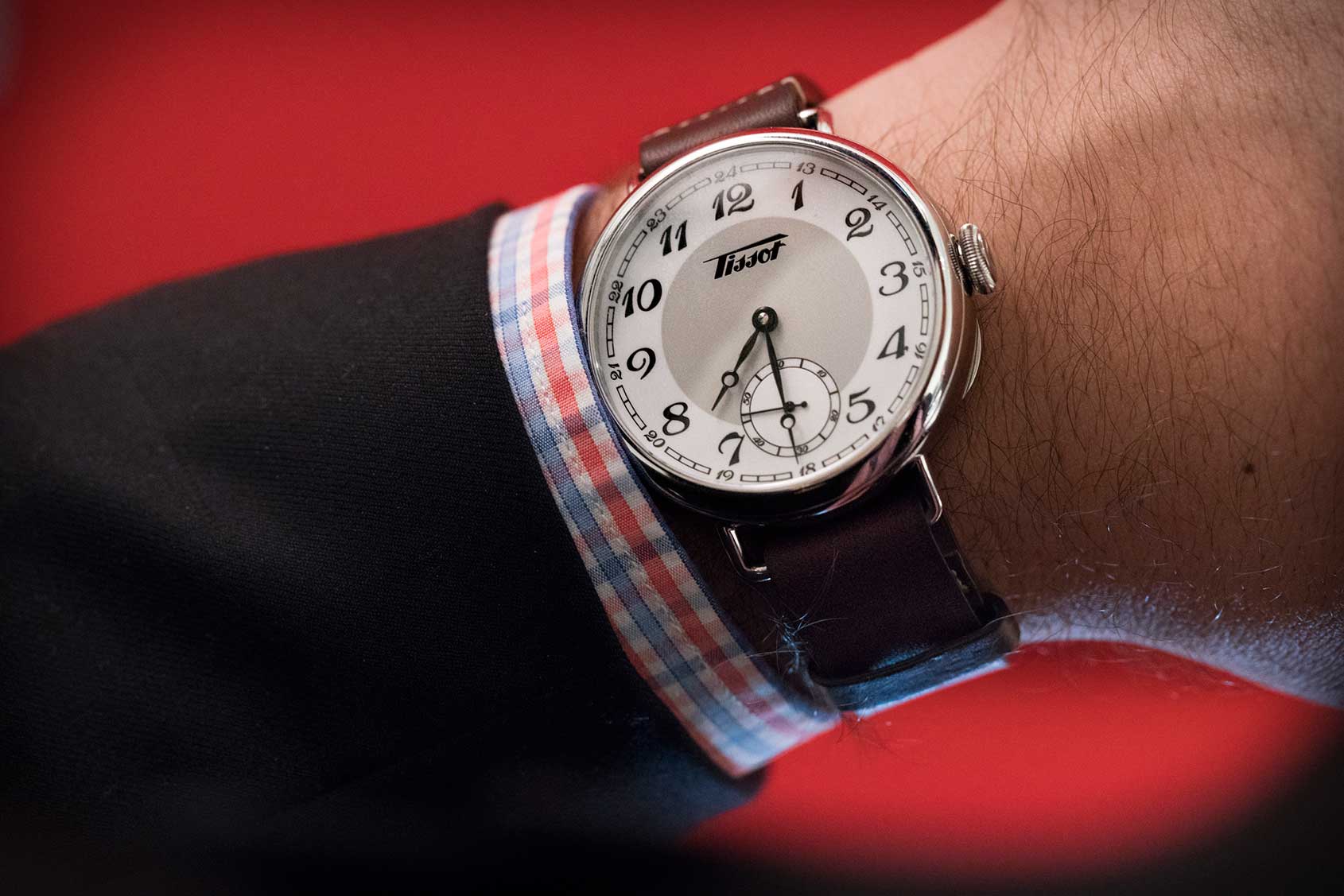 At Baselworld 2016, the key event for watch makers and watch… 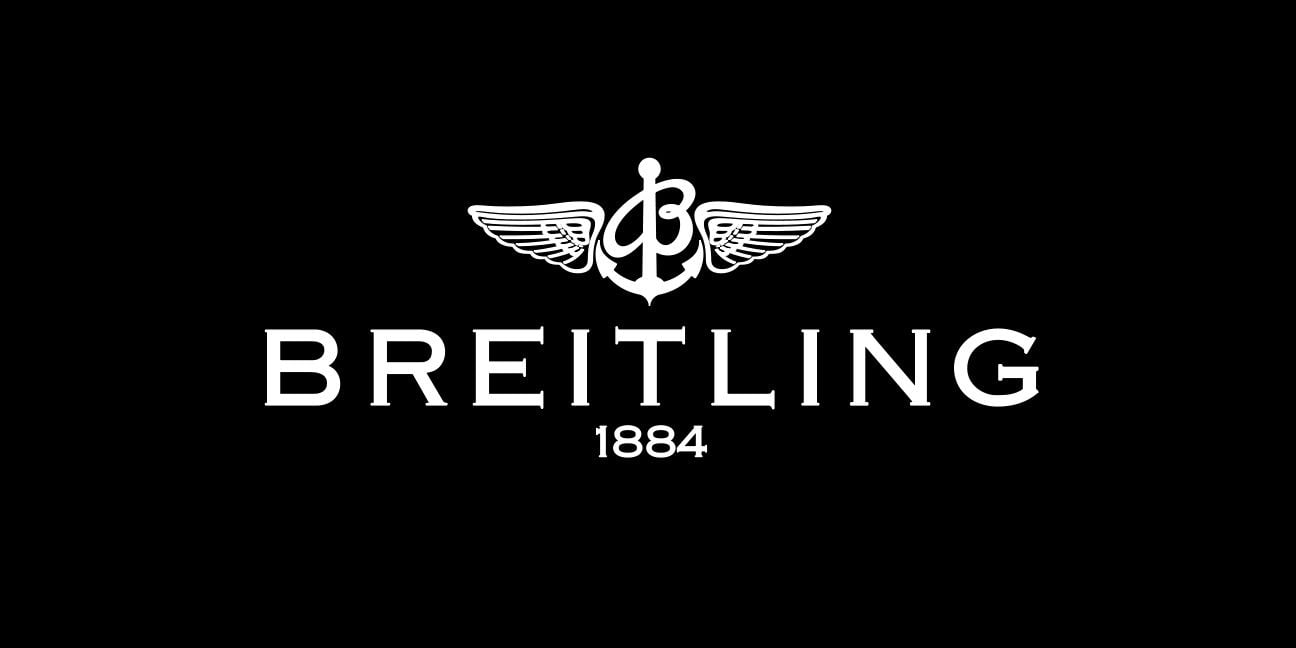 George Kern became the CEO of Breitling in July 2017 and… 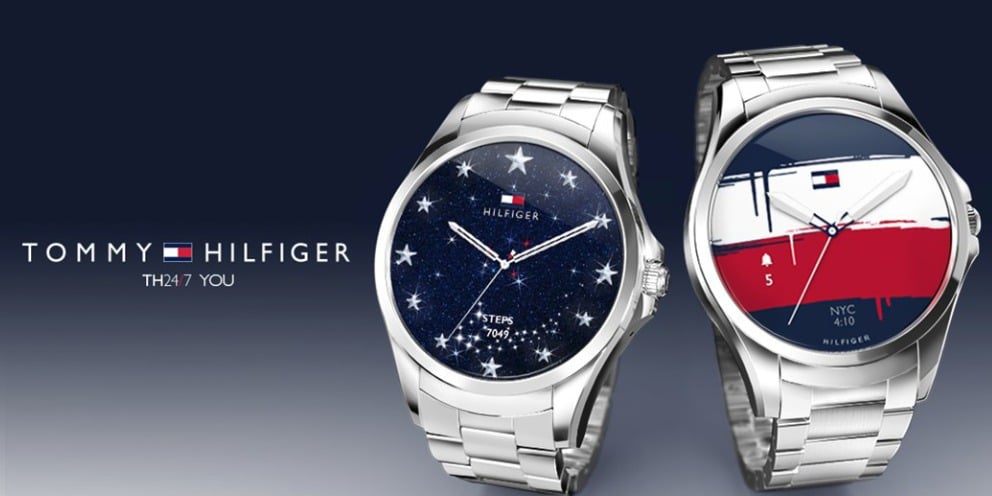 Tommy Hilfiger has been busy since the 1980s making headlines in… 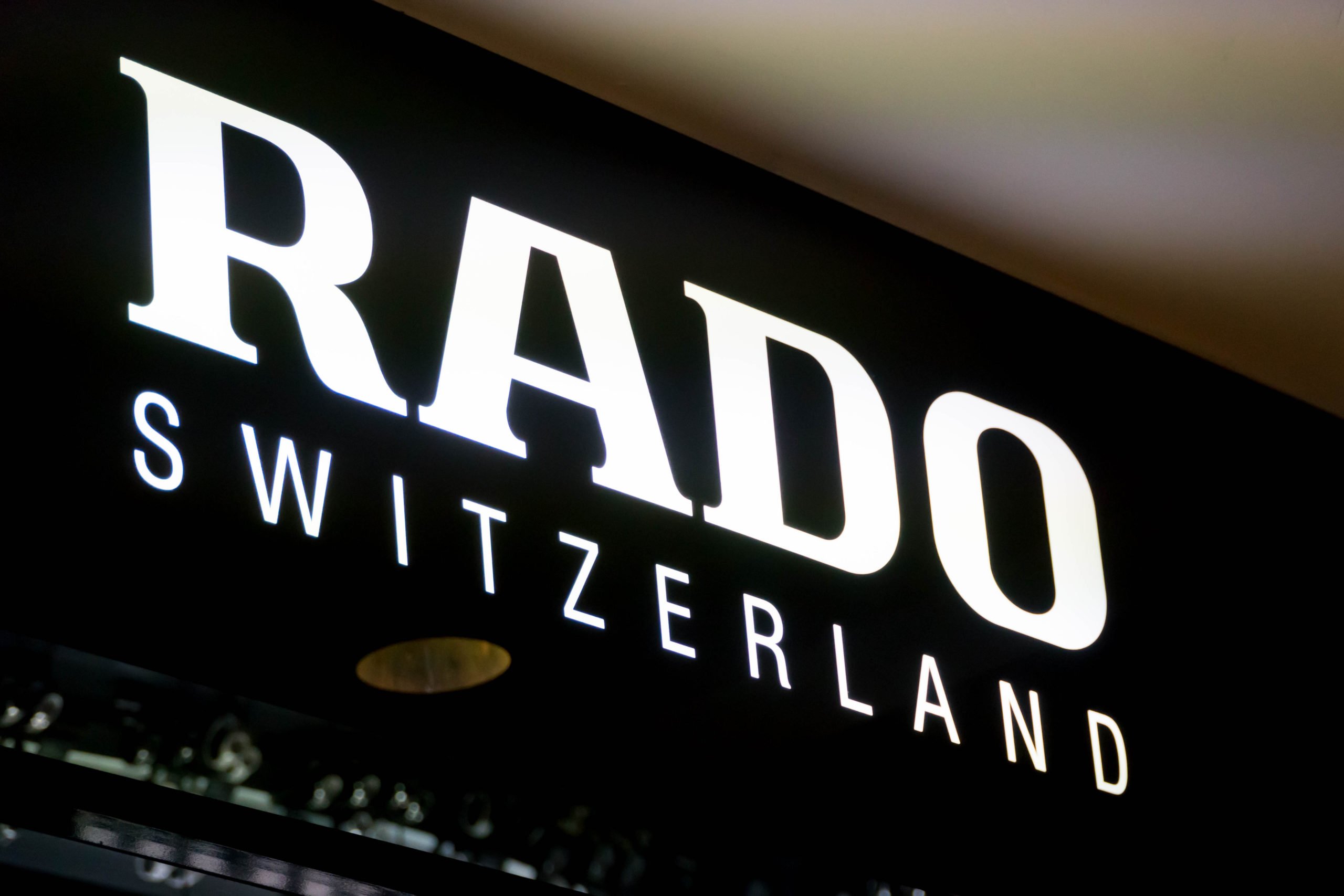 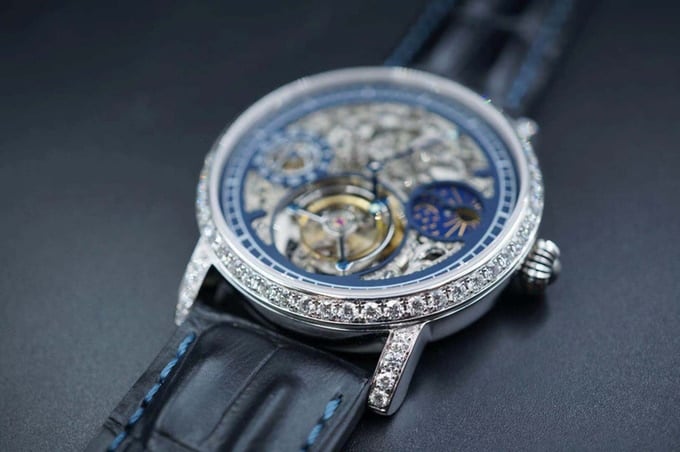 When people talk of watches, many brands come to mind. Watches… 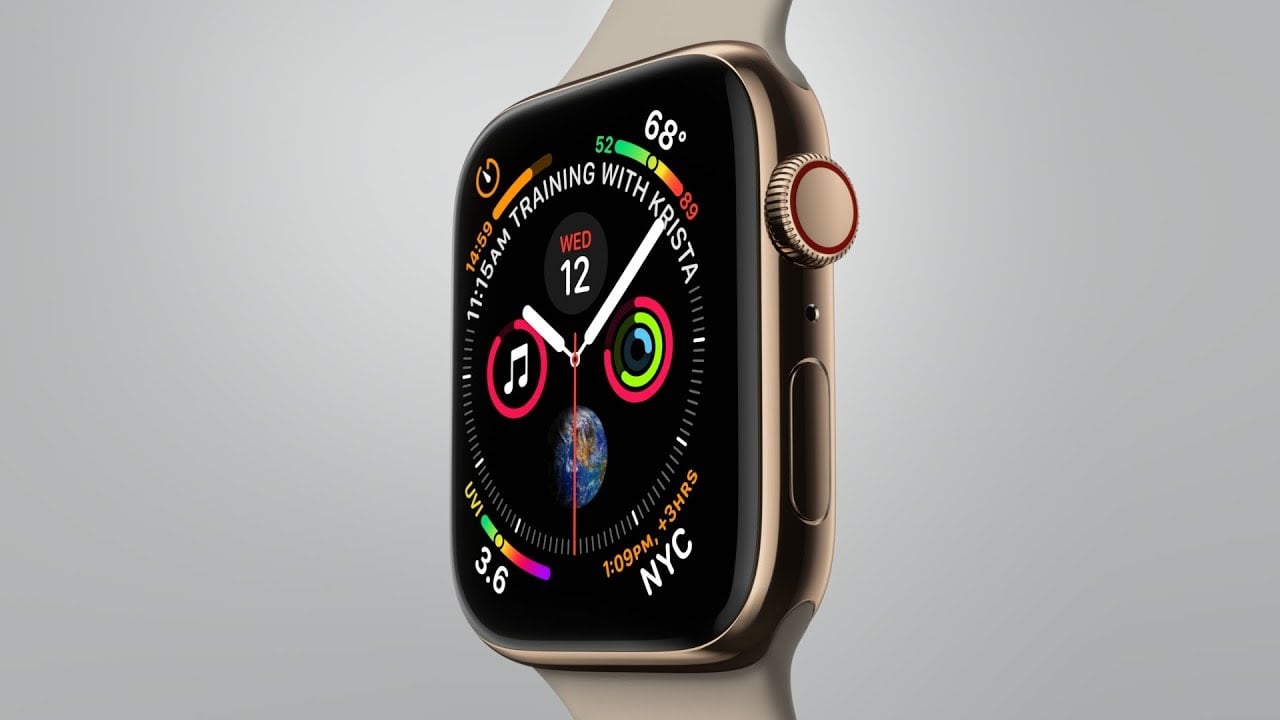 It is no secret that running is one of the best…