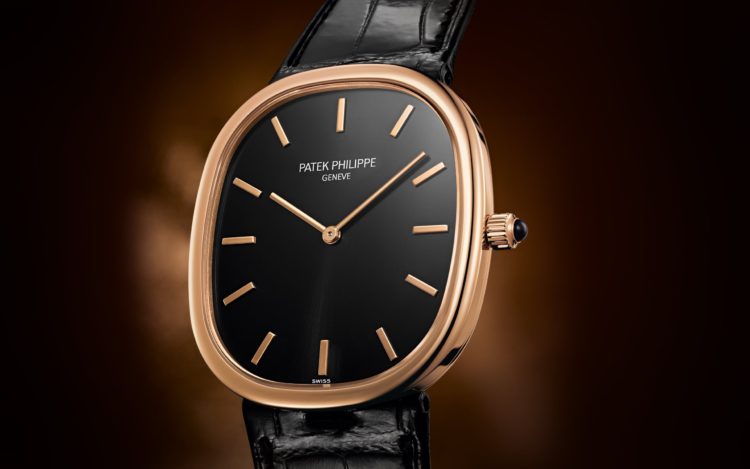 Throughout the years, we have seen many different classic and beautiful editions of time pieces and watches make their way on the market and onto the wrists of watch wearers and collectors all across the globe. Many of these watches have stood the test of time for many generations, especially the watches designed by the watchmakers at Patek Philippe. One of these time pieces that has been crafted by the company, and that is making a big statement to commemorate the 50th anniversary of its original design and release, is that of the Patek Philippe Golden Ellipse Ref. 5738R time piece. Patek Philippe is releasing this new commemorative piece with some stunning and enhanced features in mind, while still keeping the original Golden Ellipse design that has been so cherished in mind. In this article, we are going to take a closer look at the new 50th anniversary edition of the Patek Philippe Golden Ellipse Ref. 5738R watch, and what buyers and collectors can expect from the new piece once it hits the market.

When we look at the new Patek Philippe Golden Ellipse Ref. 5738R that is being released very soon, we notice some key changes that make it a truly one of a kind time piece. The first thing to take into account is the size of the watch itself, which is considered a ‘Jumbo’ size when compared to the original watch that was released fifty years before. The case alone measures 34.5 millimeters by 39.5 millimeters; However, that doesn’t mean that it is chunky and undesirable in the least. This Golden Ellipse 50th anniversary watch features a sleek and thinly designed case that is carefully encased in stunning 18 karat rose gold, and also featuring an ebony black sunburst dial that beautifully accents the rose gold as well. These countless differentiations make this time piece truly unique, and one that will most certainly stand the test of time for years to come.

Along with the many unique features of the casing itself, as we mentioned previously, the Patek Philippe Golden Ellipse Ref. 5738R 50th anniversary edition watch also has other features that are somewhat similar to the platinum version of the watch that was released ten years ago (For the 40th anniversary commemoration of the original watch). Aside from the increase in size, this new 18 karat rose gold jumbo watch is powered by a thin PP Caliber 240 to utilize the movement of the hours and minutes on the dial. To play into the style of the sleek rose gold finish of the casing that is so in demand, the new edition of the Golden Ellipse also features a black alligator strap to accent the warmth and sophistication of the design. These features all play together accordingly to any style, creating a warm and embracing look to the watch that can compliment any style.

As we can clearly see, the soon to be released Patek Philippe Golden Ellipse Ref. 5738R 50th anniversary edition time piece is a genuine beauty, and one that is expected to come at a pretty penny. The watch itself is going to cost an estimated 27,200 Swiss francs, and is actually expected to cost about $30,000 in the United States, give or take. The company has also not yet released the amount of pieces that will be available when the time piece comes to the market, but we are sure that it is going to be a limited edition supply as it is such a beautiful and commemorative piece that will be cherished for years to come. Its amazing to see what has come in the many years since the original Golden Ellipse was released back in the year 1968, with it yellow gold casing and shimmered blue gold dial to accent; We are sure that Patek Philippe is only going to create more beautiful and advanced time pieces as the years continue on. If you would like to find out more information about the Patek Philippe Golden Ellipse Ref. 5738R 50th anniversary watch, or if you would like to see more of the watches and time pieces that are crafted by the Swiss watchmaking company, you can find all the information you need located on their website.