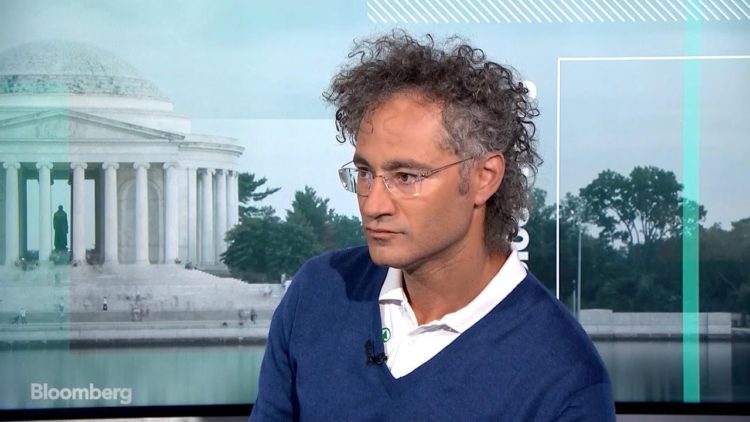 What do you know about Alex Karp, the billionaire who graduated from high school in Pennsylvania in 1985 and went on to become the founder and CEO of Palantir Technologies, a firm that mainly deals with software? If you keep reading, you’ll learn 10 more things about him that you probably didn’t already know.

1. He’s a strong believer in education

Karp has never really been one to assume he already has all the answers. As such, he has worked tirelessly to obtain a great deal of education about a wide variety of topics. This first led him to attend college at Haverford and then Stanford. Eventually, he attended college in Germany to obtain his Doctorate.

2. His software company garnered a great deal of interest

You might say that people were paying attention when he developed his current software company, Palantir Technologies. Largely regarded as a firm dedicated to software mining, the CIA quickly became interested in what he’s doing. It only stands to reason that they would have expressed some interest, as such a company could provide a great deal of information with regard to knowing what certain people are doing and why.

3. He knows how to raise a lot of money

4. Working for him can be rather unique

Some might call him eccentric, others may call him a genius. One thing is certain, working for him can be a rather unique experience. For example, he routinely holds meditation classes for his employees. Granted, there are more and more businesses turning to this sort of thing on a daily basis, all in an attempt to help employees better manage stress. This in turn makes them more productive at work and in many cases, reduces the number of days that employees are likely to miss. It seems like a win-win situation for everyone involved. The thing that makes it unique in this particular case is that the person teaching the meditation classes is Karp himself.

Before he started his current company, he had another startup called Caedmon Group. This particular company was based in London and by all accounts, was also quite successful. It appears as though Karp has spent a great deal of his time building his skills as he learns from one experience and then another, with everything culminating in the company that he currently controls.

6. He’s known for being a bit different

One of the things about very successful people is that they tend to stand out from the crowd. While it’s true that some stand out for better reasons than others, it’s almost always a given that anyone with this type of drive is going to do things differently than most people. Karp is no different. In fact, he’s even been described as something of a deviant in his younger days, although it wasn’t meant as negatively as it probably sounds. In fact, it was largely meant as a means of describing his rather unorthodox methods for success in business, something that has clearly worked well for him in the past and continues to do so to this day.

7. It’s not always about money

It would be reasonable to assume that anyone with this much money thanks about money every second of the day. the reality of the situation is that car thinks about plenty of other things and in some cases, he even incorporates those things into his business. For example, the doctorate he received in Germany was based in neoclassical social studies oh, something the most people consider far removed from the typical economics courses that most colleges offer.

It probably isn’t really all that surprising that someone who received a doctorate from a German university also speaks German. That being said, he takes his ability to speak this language to an entirely new level. The truth is, Karp can converse in German just as comfortably as he can in English, even to the point that local individuals who have spoken the language their entire lives are impressed.

9. His thesis for his Doctorate was quite impressive

Karp made the decision that he wanted to explore the connection between aggression in both business and personal life and how it relates to global culture. That in and of itself is a rather daunting idea, yet he made it work. If that’s not enough, he decided to type the entire thing in German and it has since become a published work. It’s one of the things that eventually spearheaded his interest in teaching meditation classes and doing similar things as a means of helping people successfully deal with the things that frustrate us all on a daily basis.

10. He focuses more on relationships than many in business

As you might expect from someone who teaches meditation classes and realizes that the aggression which plagues society has a negative impact on everything from everyday economics to venture capital, Karp has learned to focus more on relationships than a lot of his peers. By acknowledging that his employees are largely incapable of putting their best foot forward until they are free from the things that drag them down, he’s been able to achieve the most from his employees throughout the years. In fact, he provides several avenues for his staff members to successfully better themselves from a personal perspective. This in turn allows them to do a better job while at work.