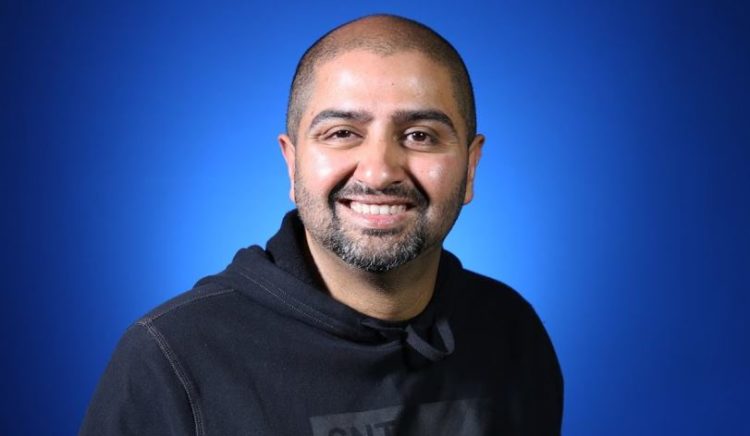 Milin Desai is the chief executive officer at Sentry.io. He is a recent appointment to the post and has been there since January of 2020. He has just a year under his belt leading the San Francisco Bay area business. He brings years of experience with a proven track record of success in leadership to the job. If you’re not yet familiar with him, here are 10 things you didn’t know about Milin Desai to bring you up to speed.

According to The Org, Desai served as the General Manager of the Cloud Services division at VMware. He started his career with the company in April of 2010. He starts at a lower position and worked his way up to the GM position over 7 years. In January of 2018, he was promoted to General Manager of Cloud Services. He left the post in December of 2019 to pursue his current position after spending 9 years and 9 months with VMware.

2. He built his reputation at NSX

Before becoming an executive at VMware, Mr. Desai built an outstanding reputation in the technology sector at NSX. He joined the company in April of 2010 as a Staff Product Manager for the Datacenter and Cloud Networking divisions. He was in this position for a year before being promoted to a more responsible position. In May of 2011, he advanced to the title of Group Product Manager of Datacenter and Cloud Networking. In May of 2012, he was promoted to Director of Networking and security. Within 18 months he advanced to the position of Senior Director, Product Management at NSX and served in the job from October of 2013 through December of 2015.

3. He is a brilliant strategist

In January of 2015, Mr. Desai was advanced to the position of Vice President, Products at NSX. While in eh job he started VMS’s journey into networking and he grew the company to unicorn status reaching a valuation of 1 billion dollars. He is responsible for driving the overall product strategy and execution with everything in between leading to deployment for VMware’s networking and security virtualization platform before leaving in January of 2018 to join the VMware team.

4. He started out his career at Veritas Software

After completing his college education, Milin Desai secured a position with Veritas Software in February of 2001. He worked as a software engineer/software developer in the area of API development. He was also responsible for internationalization and middleware development for the Windows Volume Manager product. He remained on the project until October of 2002.

5. He was promoted in less than 2 years at Veritas

Desai took his work seriously and advanced quickly at Veritas. By October of 2002, he was promoted to the position of Senior Software Engineer. At this job, he led the team that designed and developed the licensing module for several different products in the Windows release train. He maintained a focus on the design, development, and delivery of a key feature module for the Release train. He left the position in October of 2003 when he was assigned greater responsibility at Veritas Software. During the 5 years and 4 months he spent with the company, he worked on data protection solutions for databases including Oracle and Exchange. He left Veritas Software in May of 2006 to pursue a job offer that granted him more responsibility and a step up, according to his Linkedin account.

6. Milin Desai left Verita for a job a Riverbed Technology

In June of 2006, Desai began his new job as the Technical Marketing Manager at Riverbed Technology. Part of his job responsibilities included overseeing the technology partnerships for Riverbed as a part of the Riverbed Technology Alliance program also referred to as RTA. After being at the post for less than 2 years, Mr. Desai was moved to the job of Product Management from October of 2007 through April of 2010. He developed a consistent pattern of promotion after being with a company for a brief time. At Product Management, he was responsible for the BCDR strategy and virtualization. During his time on the job, the company introduced a variety of new products, some of which helped to open new revenue and market opportunities.

After graduating from high school, Mr. Desai enrolled in classes at FR.CRCE where he earned his bachelor’s degree in computer engineering. He started classes in1995 and completed his graduation requirements in 1999. He continued forward with his education enrolling at the University of Southern California. His graduate studies were in Computer Science. He began the program in 1999 and graduated with his Master’s degree in 2000.

8. He is a keynote speaker

We learned from Crunchbase that Mr. Desai is also an in-demand speaker at conferences. He is an expert in executive leadership and all phases in-between software development and related aspects of the computer technology industry. As a successful leader who worked his way up, he has a lot of knowledge and advice to share with others on how to achieve success in various areas of the niche. He was a speaker at the VMworld US event in 2018. He also spoke in Las Vegas, Nevada at VMworld 2015 at an event that was held in Barcelona, Catalonia, Spain.

If you’re interested in following Mr. Desai on social media he does have a Twitter account. You can join others who learn from the pearls of wisdom he drops about the tech industry. You can find his page here.

10. Milin Desai is a role model

Anyone interested in becoming a leader in the computer science industry could learn a lot from Mr. Desai’s story. He continued to work hard and excel at everything he did on the job. This led to rapid advancement and success in his career. Milin Desai has set a good example of how to climb the ladder of success in the computer science industry. He has a lot of sage advice to share on the topic.