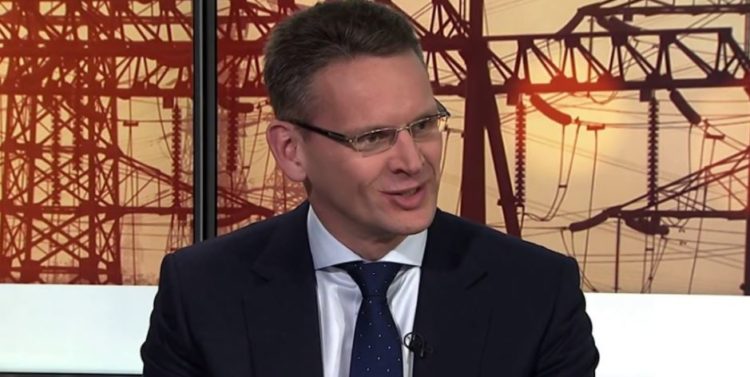 Being one of the world’s largest electricity and gas utility companies, London’s National Grid doesn’t only operate in the UK. It also operates on the Northeastern parts of the US. CEO John Pettigrew has made sure that the company continued its path of expansion while under his leadership. After all, Pettigrew happens to be one of National Grid’s most loyal employees. On a global scale, we don’t hear much about Pettigrew’s life, so here’s a closer look on National Grid’s CEO. Here are 10 things you probably didn’t know about John Pettigrew.

It’s important enough to note that John Mark Pettigrew is British. Born on October 1968, the 51-year old CEO spent his childhood in Pontypridd, Wales, UK, where he lived with his parents, John and Patricia. Pettigrew also happens to be one half of a twin—a surprising fact that you really can’t find anywhere online apart from this interview. It’s a testament to how private Pettigrew is about his personal life, but he’s definitely very open when it comes to business and leadership.

2. He went to college

3. His first job was National Grid

Here’s a story that’s rare as ever. After Pettigrew graduated from Cardiff University, he went on to become a graduate intern at one of London’s newest companies. That company was none other than National Grid. It was 1991, and National Grid was but a year old. Pettigrew got his first job there as a graduate intern. Although we can’t be sure if Pettigrew had temporary jobs or part-time jobs through his teen or college years, we know for a fact that his first professional job was at National Grid.

Given that National Grid also operates in the US, it’s not suprising that Pettigrew spent some time in America. Pettigrew loves London and will be a dedicated Welshman for the rest of his life, but he did abandon his roots to live in New York for 4 years. From 2007 until 2010, Pettigrew served as the Chief Operating Officer for National Grid’s US distribution and generation department. Although he loves his roots, Pettigrew considers New York as one of his favorite cities. He loves the fact that you’ll never really get to know New York no matter how long you’ve lived there. The city will always have a spontaneous quality.

It may not be a surprising characteristic, but Pettigrew is very vocal about being a passionate rugby supporter. He will watch it as often as he could with his busy life as CEO, and he’s loved the sport for as long as he can remember. Although Pettigrew doesn’t use Google much, he actually spent quite a bit of time doing research on Google after he was gifted with tickets to watch a Wales vs. France rugby game. He researched his rugby tickets benefactor.

Someone like Pettigrew probably doesn’t have a lot of weaknesses. He strives on leading by example and being a good role model for his employees. However, we do know that Pettigrew has one weakness, and that happens to be chocolate. We doubt he’ll ever let his company fall for a bit of decadence, but he might surely put in some extra time at the gym because of it.

8. He’s got a decent salary

CEO salaries vary from industry to industry and from company to company. According to this article, Pettigrew’s salary as CEO of National Grid is £825,000. That’s about $1,046,760 in USD. That’s definitely a great reward for his loyalty to the company, but it seems that Pettigrew is content and happy where he is.

9. He believes in tech

One of the things that set Pettigrew apart from other leaders and executives is his willingness to be adaptable. More specifically, Pettigrew believes that the future of the workplace is in remote and flexible work. Although many executives today are looking at automation as the key solution to problems in the workplace, but Pettigrew deeply believes that there’s no replacing people. Remote teams with proper technology are the solution according to Pettigrew. He also believes in collaboration, diversity, and inclusion.

His career at National Grid is only part of Pettigrew’s success. He’s also a family man. John Pettigrew married Lesley Davies in 1996, and they have been together since. The couple has been together for 24 years, and they have two daughters. When he isn’t working or watching rugby, Pettigrew spends his time with his beloved family. Since he’s partial to London parks, you can probably find Pettigrew at a park on most weekends—possibly playing rugby—possibly eating chocolate.