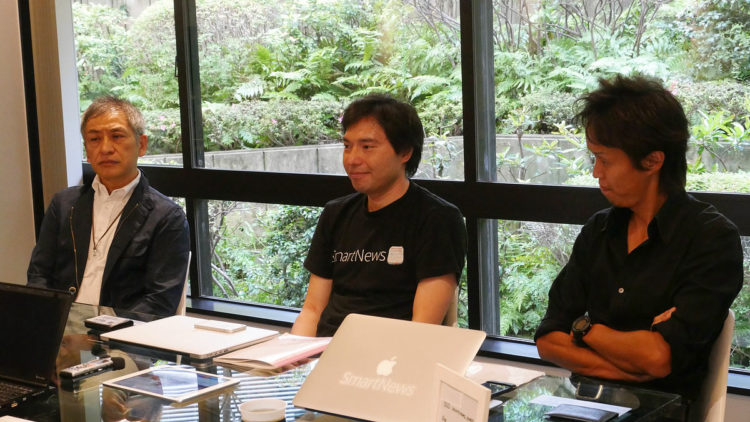 Most people read their news via an array of mediums, including the internet, TV, print media, and radio. When using the internet, we often encounter a variety of sources, as the content and reports from one site to the other may vary. Sifting through all of them can be quite strenuous. This is why Ken Suzuki came up with SmartNews. It is a free news application that uses AI technology to collect news from all over the world and organize it for you. This app aggregates news from multiple sources including MSNBC, Business Insider, CBS News, SB Nation and Pitchfork. To date, Ken Suzuki still serves as the company’s CEO and is responsible for the company’s product vision and strategy as well as its business and corporate operations. Besides being the co-founder and current CEO of SmartNews, here are 10 things you probably didn’t know about Ken Suzuki.

Ken Suzuki spent most his early childhood in Germany. He lived here because both of his parents were working in Germany. Although he rarely talks about his childhood life, he recalls of an event that occurred during his stay there. According he once walked to the Berlin wall. At that time, people were shot and many died just for trying to scale down that wall and go to the other side of Germany. As a child he didn’t know the real consequences to his actions. He later collected few samples of the Berlin wall and hid the rocks in his wallet and referred to these samples as the Berlin powder. He stayed in Germany and witnessed the wall coming down.

2. Author of ‘Smooth Society and Its Enemies’

In his book titled Smooth Society and its Enemies, Ken Suzuki tackles a variety of issues that affect democratic governments. Furthermore, he illustrates how a democratic government can be affected by following the general will of the people. In this case, he points out that a democracy can either be the best form of democracy or the worst kind of democracy. As a result, the approximation model used in gauging democracy-general will of the people, may be a problen and can easily result to the worst kind of democracy in a country. This book was well received especially in Asia. To date, Ken Suzuki still lectures in various universities such as University of Tokyo. He mainly lectures on concepts and philosophies from his book.

SmartNews was founded in 2012 by ken Suzuki. It was initially started to cater for users in Japan but has expanded immensely and as of last year, it has branches in the USA. Currently, this company has got more than 60 employees who work tirelessly to ensure its success. Although most of the employees consist mainly of engineers, there are also several curators who help design the outlook of this company. It also has offices in Fukuoko, New York, Shanghai, Tokyo, and Palo Alto. Despite facing tough competition from other news applications such as Google News and Yahoo News, SmartNews has increasingly gained more users especially in the USA market. Due to this, it has incorporated more than 400 news sources from USA alone. These sources include major media giants like NBC and MSNBC News. Besides, the company is also targeting expansion to reach to other potential markets in the world.

Besides being the CEO and co-founder of SmartNews, he also serves as an external director of Mercari. This is a Japanese based app that allows its users to purchase or sell various commodities from anywhere in the world.

Growing up in Germany, Ken Suzuki first knew German as his tongue. In an interview with a magazine, Ken Suzuki speaks of how unnatural it was when he first started learning Japanese. To date, he is very fluent in Japanese.

7. Other Hobbies and Interests.

Early in his life, Ken Suzuki developed a keen interest in reading books from well-known writers such as Marshall McLuhan. He attributed his desire to write his book to the thought-provoking writings of McLuhan. Besides reading books, he loves lecturing in Universities and seminars.

In 2003, Ken was honored by the MITOH program of the Japanese Ministry of Economy. He was awarded the Super Creator Award recognizing his immense efforts in the development of IT-related technologies in Japan. He also guided SmartNews app to being awarded the Best News app of 2013 by Apple and Best App of the Year in by Google in the same year.

Apart from being the CEO of his company, Ken has also diversified his portfolio to include a variety of seed companies such as CAMPFIRE and Anyplace. CAMPFIRE is a Japanese crowd funding site that deals in Fashion, Marketing and Internet services while Anyplace is an American based company that deals in Hospitality and real estate services.

As a way of giving back to the community, Ken Suzuki, through his company founded the SmartNews Fellowship program. This programs helps young reporters and other local media stations with coverage of regions within the USA. Through this program, various local media outlets are able to gain experience and also attract new users from the USA.

Despite growing up in war torn Germany, Ken Suzuki has risen to come up with one of the biggest online media giants. As the CEO of SmartNews, he is responsible for the massive growth of the company especially in USA markets. To date, this company has significantly increased its users and therefore its revenue. As of last year, Bloomberg valued SmartNews company at a 1.1billion dollar valuation. In retrospect, one can only imagine what the future holds for Ken Suzuki and SmartNews Company.