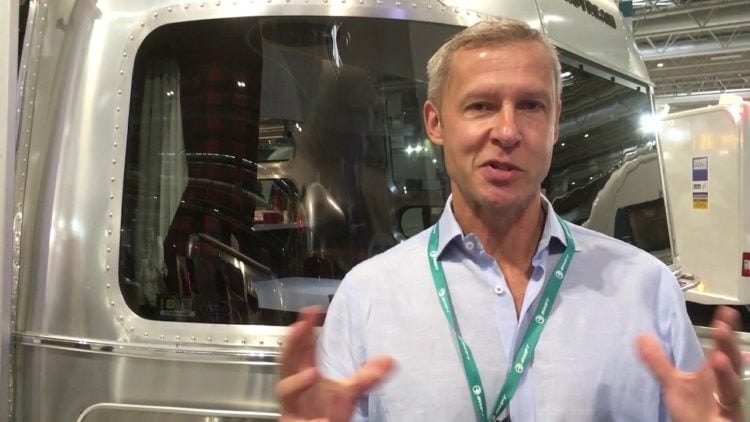 Bob Wheeler is both the CEO and the President of Airstream, Inc. He has led the manufacturer of travel trailers since 2005, meaning that he has encountered a fair number of challenges in his time. As such, it is interesting to see how Wheeler handles the continuing COVID-19 crisis.

1. Came from an Engineering Background

Wheeler studied engineering when he went to the University of Rochester. Due to this, he went on to become a manufacturing engineer, meaning that he was responsible for manufacturing processes in a wide range of ways. It wasn’t until later that Wheeler studied management at the State University of New York at Buffalo, which enabled him to move into managerial positions.

Speaking of which, Wheeler was a manufacturing engineer at General Motors. There, he picked up plenty of experience when it came to the functional as well as the financial side of heavy manufacturing. Something that presumably helped him make the transition to Airstream, which is involved in a different kind of manufacturing that is still manufacturing.

It is interesting to note that Airstream has just seen a major upgrade under the leadership of Wheeler. The most notable component was the new 723,500-square foot production facility meant to house the corporation’s travel trailer lines. Meanwhile, the 255,000-square-foot production facility that once housed the travel trailer lines was switched over to housing the motorhome lines. Having said this, there were other components as well, with one being corporate offices and the other being a museum that serves a number of other functions as well.

4. The Upgrade Was Meant for the Long Run

Some might think that the upgrade happened at a bad time. After all, Airstream wasn’t exactly exempt from the COVID-19 crisis, meaning that it has taken some serious hits in the process. However, the upgrade was always meant for the long run, meaning that short-term considerations aren’t so important in relation to it. In fact, Wheeler outright stated that he and the rest of the Airstream leadership weren’t thinking eight months or even eight years ahead. Instead, they were thinking 88 years ahead, which was a reference to the age of the corporation.

5. The Upgrade Was Meant to Boost Performance

In any case, the upgrade was meant to boost Airstream’s performance in a wide range of ways. For example, the increased space means that the corporation can put related processes under the same roof, thus enabling them to squeeze some more efficiencies out of their operations thanks to a reduction in transportation as well as other beneficial effects. Likewise, the increased space plus the improved lighting should make for fewer workplace accidents, which is also a serious concern for any business. Besides this, the museum is bound to play a role in Airstream’s future brand-building efforts.

6. The Vacated Space Remains in Use

The vacated space from the relocation of the motorhome lines was meant to remain in use. As Wheeler told it, the corporation found a number of uses for the vacated space. One example was storage for parts, with a particular emphasis on vintage parts. Another example was serving as the space for service jobs, which was important because such tasks need plenty of room. Apparently, Airstream employees have to take the travel trailers sent to them apart piece by piece for such tasks, meaning that they need room for not just the travel trailer but also the inevitable sprawl from their constituent components.

Wheeler has expressed an interest in a more diverse clientele. This is unsurprising because businesses that can appeal to a more diverse clientele can tap into more segments of the general population, with the result that more potential customers make it easier for them to secure more actual customers. On top of that, a more diverse clientele makes it easier for businesses to weather shocks because the same events can affect different segments of the general population in very different ways, thus making it that much more difficult for them to get their entire customer base wiped out by the same trend.

8. Has Recognized the Experiential Nature of Millennial Marketing

Much of the marketing aimed at millennials is focused on the experiential side of things. In Airstream’s case, it recognized that millennials were valuing themselves based on their experiences rather than their physical possessions, which was what made that particular segment of the population comprehensible to them. Having said that, Wheeler was of the opinion that this meant that Airstream didn’t need to go to great lengths to attract millennials because its products were already aimed at people who value the experiences that can be found out there beyond their own properties.

9. His Products Have Seen Considerable Change

Generally speaking, Airstream products are not famous for their rapid pace of change. In fact, their designs can last for multiple decades. However, it should be mentioned that Airstream products have seen considerable changes in recent times because exterior appearances can be misleading. For instance, they now support connectivity because Airstream’s market research revealed that people are more willing to camp for longer periods of time when they remain connected, which was the opposite of what they had thought before those findings came out.

10. His Corporation Has an Interest in Environmentalism

Perhaps unsurprisingly, Wheeler’s corporation has an interest in environmentalism. As a result, it has taken some steps to promote environmentalism. For example, it has implemented various measures such as the installation of LED lighting and the purchase of less harmful materials in an effort to reduce its environmental impact. Likewise, it has been pushing for no trace camping, which is meant to support the Natural Forest Foundation. Curiously, there isn’t a recycling program for Airstream products. Apparently, this is because old Airstream products can be refurbished by putting the exterior shells on a new chassis, thus enabling them to be returned to use with relative ease. This is possible because the exterior shells are made out of aluminum, though the same can’t be said for the chassis housed within them.