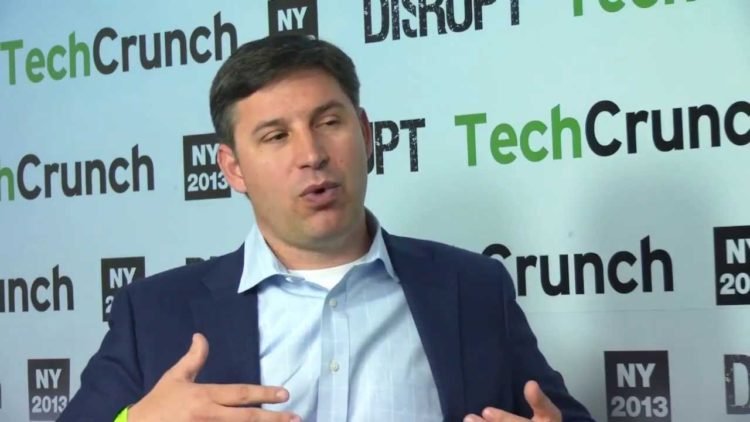 Anthony Noto is an American businessman. Generally speaking, he is known for being the COO of Twitter. However, Noto has since moved on, with the result that he is now the CEO of a personal finance company called SoFi . Here are 10 things that you may or may not have known about Anthony Noto.

Noto was born in a place called Poughkeepsie in the state of New York. Amusingly, there are not one but two places called Poughkeepsie in the same county in said state, with one being a city and the other being a town. The one that is relevant in this context would be the city, which serves as the county seat. Once upon a time, it was much more prominent than it is now, as shown by how its one-time status as the state capital.

For his education, Noto went to the U.S. Military Academy, which tends to be much better-known as West Point. Even now, it remains an institution of considerable renown, not least because interested individuals have to receive a nomination. Generally speaking, nominations come from members of the U.S. Congress. However, there are other potential sources of nominations such as both the President and the Vice President.

In school, Noto studied mechanical engineering. This is a huge field because it covers machines, meaning that it is a sub-discipline of engineering that comes with its own sub-disciplines. On top of that, mechanical engineering can claim the honor of being one of the oldest sub-disciplines of engineering as well. This is because we tend to associate machines with modern times and relatively modern times, people have been building them since prehistoric times. In any case, Noto excelled in his studies, as shown by how he was the highest-ranking individual for his major in his graduating class.

4. Served As a Communications Officer

Naturally, Noto went into the U.S. military. He went to the U.S. Army’s Ranger School before becoming a Communications Officer for the 24th Infantry Division. That might not sound very exciting. However, there can be no doubt about the fact that communications has become a cornerstone of top-tier militaries in the modern world, which is rather remarkable considering its already critical importance in pre-modern times.

Later, Noto went into business. In short, he started studying business at the University of Chicago. Simultaneously, he spent time working as a brand manager for Kraft Foods. Having said this, it is interesting to note that Noto’s MBA comes from the Wharton School of Business, which is a formidable name in its field to say the least.

6. Hasn’t Always Been in Tech

Noto hasn’t always been in either tech or tech-related fields. Something that should have been made clear by his one-time position as a brand manager for Kraft Foods. However, Noto wasn’t exactly what anyone would considered to be a newcomer to tech when he joined up with Twitter. For instance, when he was still at Goldman Sachs, he was voted its top analyst by one publication because of his research in relation to Internet-based businesses. On top of that, when he returned to Goldman Sachs after spending some time at the NFL, he winded up working with its global media group. Thanks to that, Noto was the one who worked as the main banker dealing with Twitter.

When Noto left Goldman Sachs, it seemed that he was going to wind up at a hedge fund based in New York. However, there seems to have been a sudden change of plans, seeing as how he winded up as the CFO of Twitter instead the very next month. Given his previous line of work, it should come as no surprise to learn that Noto was very well-suited for his new position. On top of that, Noto actually had preexisting experience as CFO, seeing as how he had been the CFO of the NFL from February of 2008 to October of 2010.

In time, Noto became the COO of Twitter. Generally speaking, COOs are very high-ranking in a corporation’s hierarchy. This is because they are responsible for the operations, thus making them a good choice for being second-in-command to the CEO. However, since the nature of the CEO position can see significant variation from CEO to CEO, this means that similar variation can be found in the nature of the COO position. In Noto’s case, he seems to have been entrusted with considerable power, seeing as how his superior Jack Dorsey was dividing his focus by overseeing Square as well.

9. His Current Company Is Still Tech-Related

Nowadays, Noto is running a personal finance company that specializes in financial products for consumers rather than, say, businesses and other entities. However, one can make the case that it still counts as a tech-related company. After all, SoFi doesn’t have brick-and-mortar branches like a traditional bank. Instead, it offers its financial products to interested individuals through the Internet, thus giving it considerable flexibility while also providing it with new problems in a new age.

Noto has spoken up about his beliefs on what makes for career success in the not so distant past. As he sees it, people can make more of an impact at their company by having the initiative to fix problems, which is important because organizations always have problems showing up but not receiving as much attention as they should. Having said that, Noto also stresses the importance of information, which makes sense because people can’t make the best decision for the situation unless they actually know what is going on. Something that can take a fair amount of effort for them to turn up the truth. Finally, Noto also mentioned the need for people to make their entire team rather than just themselves better than otherwise possible. Perhaps unsurprisingly, this is the kind of thing that is prized in leaders, seeing as how the potential productivity of a harmonious and well-motivated team can be much greater than the sum of its parts.