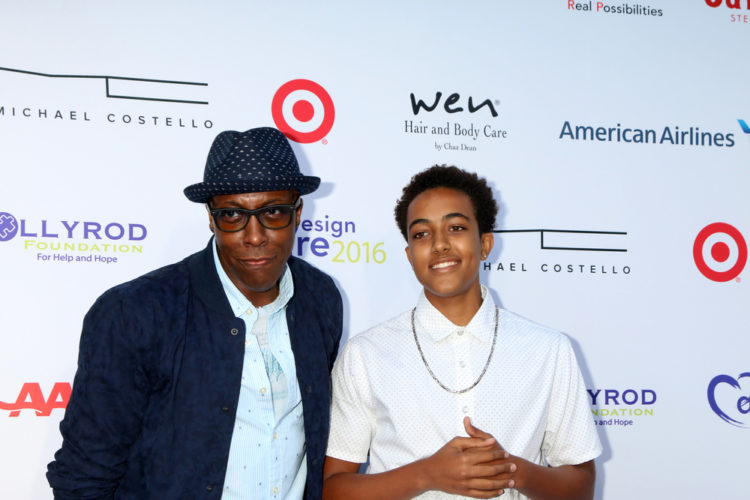 Arsenio Hall is an actor, comedian, talk show host, producer, and writer. He is best known for hosting ‘The Arsenio Hall Show’ and for his role in ‘Coming to America,’ which he has reprised in the long-awaited 2021 sequel ‘Coming 2 America.’ Hall began his career in 1981, and his success in various elements of the entertainment industry means that he has now become a wealthy man. It is estimated that Arsenio Hall’s net worth is $16 million, and here is how he accrued his wealth.

Arsenio Hall was born in Cleveland, Ohio, on February 12, 1956. As a child, Hall enjoyed performing magic acts for his friends and family. Hall briefly attended John F. Kennedy High School and then Warrensville Heights High School before studying at both Ohio University and Kent State University.

After graduating from college, Arsenio Hall moved to Chicago to pursue a career in comedy and later moved to Los Angeles. He began his career by making several appearances on ‘Soul Train’ and then becoming Alan Thicke’s sidekick in ‘Thicke of the Night’ in 1984. Between 1983 and 1984, Hall also appeared in five episodes of the NBC game show ‘Match Game- Hollywood Squares Hour.’ A fact that many people do not know about Arsenio Hall is that he was the original voice of Winston Zeddemore in the cartoon ‘The Real Ghostbusters.’ He voiced this character from 1986 until 1987. Hall’s first experience of hosting a talk show was when he was chosen to present ‘The Late Show’ in the fall of 1988. His stint was a success, and he gained a huge fanbase as a result of the show. His popularity led to Hall landing his own show in syndication, and ‘The Arsenio Hall Show’ began airing for the first time in 1989. T series ran until 1998, before deciding to quit. However, in 2013, Arsenio Hall resumed his famous talk show ‘The Arsenio Hall Show,’ for which he was also the producer. The series was aired on various Tribune-owned stations and distributed to other networks via CBS Television Distribution. Unfortunately, the talk show was not as popular the second time around. It ran for just one season, when it was canceled due to low ratings, and aired for the final time in May 2014.

His Other television and Radio Work

Arsenio Hall was the host of the MTV awards between 1988 and 1991. Throughout his career, he has also appeared as himself on multiple talk shows, game shows, awards, and events. One example is his 2004 appearance on ‘Chappelle’s Show.’ Hall played the role of Michael Atwood in the short-lived 1997 sitcom ‘Arsenio.’ A year later, he landed the role of Terrell Parker in ‘Martial Law’ and appeared in 36 episodes between then and 2000. Arsenio Hall became the host of ‘Star Search’ in 2003 and continued in this role until 2004. He was also the host of ‘The World’s Funniest Moments’ from 2008 to 2009. Hall then landed the role of correspondent for ‘The Jay Leno Show’ and appeared in the series between 2009 and 2010. In 2012, Arsenio Hall was one of the contestants in ‘The Celebrity Apprentice 5,’ in which celebrities make money for charities. He went on to win the series. Another reality series in which he appeared is ‘Real Husbands of Hollywood,’ in which he appeared as a guest star in 2015. Arsenio Hall’s most recent television appearances were in 2017 and 2018. In both cases, he appeared as Ocho Okoye in single episodes of ‘The Mayor.’

Hall made his film debut playing the small role of an apartment victim in the 1987 film ‘Amazon Women on the Moon.’ However, it was the next film in which he appeared for which he is still best known, as he had several roles in the 1988 comedy ‘Coming to America’ alongside Eddie Murphy. In this film, Hall’s main role was as the Prince’s right-hand man, Semmi. However, both Hall and Murphy also played several smaller roles in the film. Hall’s roles included playing Morris, Reverend Brown, and an ‘Extremely Ugly Girl.’ Hall has reprised the role of Semmi in the sequel ‘Coming 2 America,’ which is his most recent film. IN the film, he will also play Morris, Reverend Brown, and a witch doctor called Baba. Between 1989 and 1999, some other films in which Arsenio Hall had a role include ‘Harlem Nights’ and Blankman.’ He also appeared in the music video for Paula Abdul’s single ‘Straight Up’ during this period. Since 2005, some of Artemis Hall’s films include ‘The Naked Brothers Band: The Movie,’ ‘The Proud Family Movie,’ ‘Scooby-Doo! Pirates Ahoy!,’ ‘Heckler,’ ‘Igor,’ ‘Black Dynamite,’ and ‘Sandy Wexler.’

Arsenio Hall’s diverse and longstanding career in the entertainment industry means that he is now a wealthy man. According to The Cinemaholic, Arsenio Hall’s net worth is $16 million. He has made his money through his work in various aspects of the entertainment industry, including as an actor, stand-up comedian, and television host. He has also made money through writing and producing. His wealth means that Arsenio Hall can afford a luxurious home, and he lives in a 30-acre estate in Santa Monica, California.

In his personal life, Arsenio Hall was in a long-term relationship with Cheryl Bonacci from 1987 to 2002, although they were never married. The couple had one son together, who was born in 1998. After his son’s birth, Hall took time out of his acting career to take care of and spend time with his son. His absence from the screens sparked rumors that he was in rehab, which he strongly denied.