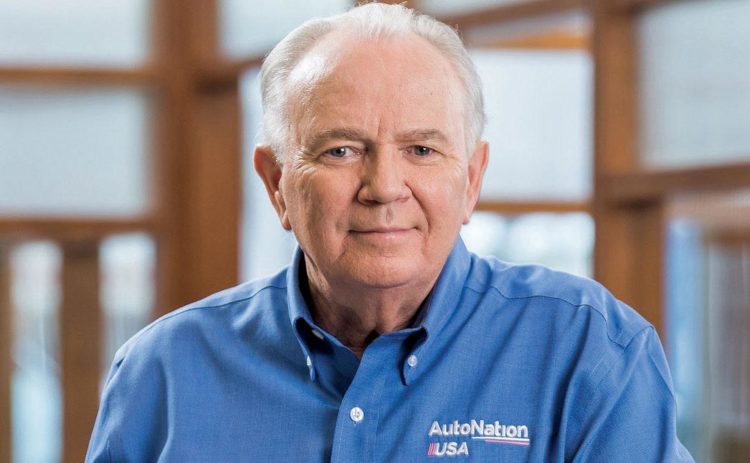 Mike Jackson is the current CEO, President, and Chairman of AutoNation, Inc. As a result, there can be no doubt about the fact the he is the current head of the corporation, which is one of the top automotive retailers in the whole of the United States. With that said, it is important to note that Jackson is set to retire, though it remains to be seen who will replace him. Here are 10 things that you may or may not have known about Mike Jackson:

Education-wise, Jackson studied at Saint Joseph’s University, which can be found in the city of Philadelphia. It is interesting to note that the school retains a strong connection with the Roman Catholic Church, which is perhaps unsurprising considering that it is one of the numerous schools founded by the Jesuits.

2. Started Out as a Technician

Jackson is an excellent example of an executive who reached their present position by rising up through the ranks. After all, he started out as a technician at an automotive dealership after he graduated from college, meaning that he has been in the automotive business for a long time.

3. Has Held High-Ranking Positions at Other Companies

AutoNation isn’t the first place where Jackson has held a high-ranking executive position. For instance, he was the CEO at Mercedes-Benz USA, which is a sub-unit of DaimlerChrysler AG located in the United States.

In September of 1999, Jackson became the CEO of AutoNation. Due to this, he has played an important role in shaping its operations as they exist in the present day. Something that is unsurprising because of the paramount importance of his position as well as the length of his leadership.

Under Jackson’s leadership, AutoNation put more of a focus on the customer. This might sound obvious, not least because there is a wide range of businesses in a wide range of sectors that stress it on a constant basis. However, it is much easier saying it than putting it to practice. Something that should be clear to most people based on their own experiences.

On a related note, Jackson put a strong emphasis on transparency as well. This tends to be another popular principle because open and transparent behavior tends to make it easier for businesses to build up trust with their customer bases as well as other stakeholders. After all, having more information makes it much easier for interested individuals to make informed decisions, meaning that being offered said information can result in a fair amount of goodwill.

Finally, it is worth noting that Jackson played a role in moving AutoNation towards more contemporary business practices. Considering how much things have changed since he took up his position as the head of AutoNation, this was inevitable if the corporation wanted to be able to continue operating.

8. Is In the Automotive Hall of Fame

On the whole, Jackson is a relatively well-respected member of the automotive business. For proof, look no further than the fact that he has earned various honors for his various roles over the course of his career in his chosen field. As a result, it is perhaps natural that he would be inducted into the Automotive Hall of Fame, which happened in July of 2018.

Currently, Jackson is set to step down in 2019. As a result, AutoNation has started sending out feelers for someone to replace him, which is a process that will take some time. It is interesting to note that it seems as though Jackson will be retaining a role at the corporation until 2021, seeing as how he intends to remain as the Executive Chairman until that point in time.

10. Leaves His Successor in a Good Position

Jackson is set to leave his successor in a strong position from which to build. For example, AutoNation is the biggest chain of automotive retailers in the United States. Combined with the fact that the automotive sector is doing well, this means that Jackson’s successor will be picking up the reins without having to handle any immediate problems of note. Suffice to say that these circumstances are pretty much as good as things get when it comes to senior executive transitions.