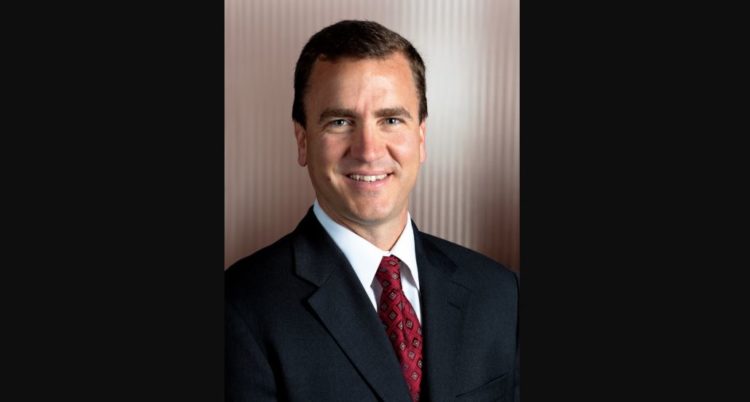 Mitchell Butier  is the CEO of Avery Dennison, meaning that he is responsible for overseeing the U.S. corporation’s routine, revenue-earning operations. Recently, Butier was elected the new Chairman of the Board, thus providing him with an increased measure of control.

Butier went to a L.A. school called Loyola Marymount University. Said school is situated on the bluffs that overlook the neighborhood of Playa Vista, thus putting it in the Westside of Los Angeles. In particular, Loyola Marymount University is famous for the Loyola Law School, which enjoys an excellent reputation that can provide its students with a useful edge in a number of very practical matters.

2. Went to a School with a Strong Catholic Background

Based on the name, some people might have realized that Loyola Marymount University came into existence via a merger between a school associated with the Jesuits and another school associated with the Religious of the Sacred Heart of Mary. After all, Ignatius of Loyola was one of the three men who co-founded the Society of Jesus before becoming its first Superior General in 1540, meaning that there are a lot of Jesuit-associated institutions named for him in one way or another. Meanwhile, there are a number of schools in the world called Marymount Colleges, which were founded by the Religious of the Sacred Heart of Mary.

3. Has an Accounting Background

Butier is an excellent example of someone who has risen to the position of CEO by building upon a background in accounting. Something that happens more often than what some people might expect. In part, this is because a solid grasp of accounting makes it much easier for interested individuals to understand what is happening within a business, which is necessary before any kind of financial decision can be made. However, it should also be noted that despite the stereotypes, accountants can be quite good at working with other people because the job title encompasses a very wide range of responsibilities.

4. Used to Be a Senior Manager with Pricewaterhousecoopers LLP

Before he headed over to Avery Dennison, Butier was a senior manager at Princewaterhousecoopers LLP. Said name might be rather awkward, but its length says a lot about the various firms that came together to create what exists in the present time. Regardless, Princewaterhousecoopers LLP enjoys an outstanding reputation as one of the Big 4 professional services networks, which provides it with a huge boost in securing clients because it shows that they can be relied upon.

5. Rose Through the Ranks In a Very Conventional Way

After heading over to Avery Dennison, Butier proceeded to rise through the ranks in a very conventional manner for someone with his accounting background as well as his upward ambition. In short, he worked in finance until he had become a vice president, a controller, and a chief accounting officer, each of which is a vital role that can have big consequences for a company as a whole. From that point forward, Butier rose to become a CFO, a COO, and then a CEO, which is a career path that shows a gradual increase in his number of responsibilities as well as the range of his responsibilities.

6. Chosen For His Role in Successful Business Strategies

Perhaps unsurprisingly, one of the reasons that Butier was chosen for the position of CEO was because of his role in a number of successful business strategies. In particular, it is worth noting that Butier played an important role in boosting Avery Dennison’s share of higher-value market segments.

7. Chosen For His Role as a Champion of Avery Dennison’s Values

Speaking of which, Butier was also chosen because of his role as a champion of Avery Dennison’s values and standards. There are a number of reasons why this can play such an important role in choosing a top-level executive. For example, having the right values can be very useful for appealing to potential customers because that kind of thing does have a real influence over the decision-making processes of most people out there. Likewise, businesses tend to develop a business culture over time, meaning that a CEO who is in tune with that business culture will make for a much smoother fit than otherwise possible.

8. Seems to Be Close with Dean Scarborough

On top of this, it is worth mentioning that Butier seems to have a close relationship with his predecessor Dean Scarborough as well. This can be seen in how when Butier was named as Scarborough’s replacement for the position of CEO, Scarborough outright said that the two were close “thought partners.” Furthermore, this is supported by how Butier was elected as the new Chairman of the Board for the corporation following Scarborough’s recent announcement that he wouldn’t be re-running for it, which came complete with a statement of confidence in Butier’s leadership capabilities from Scarborough.

For those who are unfamiliar, Avery Dennison has three main business units. First, there are pressure-sensitive materials, which encompass everything from performance polymers to pressure-sensitive roll-label materials. Second, there are retail branding and information solutions, which specializes in products as well as other solutions that are meant to help out apparel as well as other kinds of retailers. Third, there is Vancive Medical Technologies that produces healthcare products such as barrier films and wearable sensors.