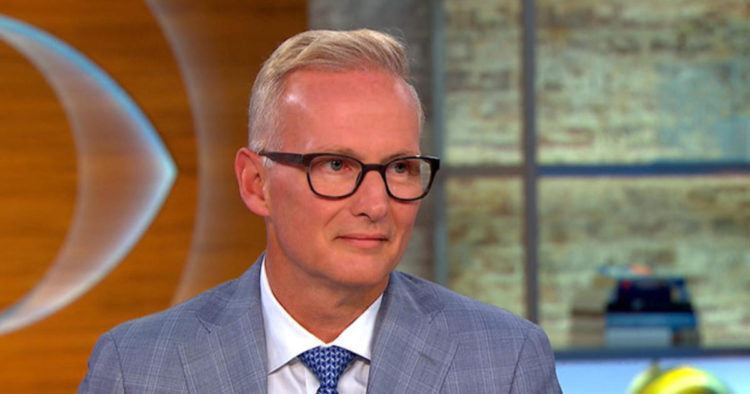 Larry D. De Shon is the CEO of the Avis Budget Group. For those who are unfamiliar with that name, the Avis Budget Group is the parent company for a number of car rental companies as well as other companies that offer related products and services. In particular, it is worth mentioning both Avis Car Rental and Budget Car Rental, which tend to be the best-known of those companies. Here are 10 things that you may or may not have known about Larry D. De Shon:

Curiously, De Shon is both the CEO and the COO of the Avis Budget Group. In short, he was the COO before he became the CEO, which isn’t uncommon for people who rise to the top position on corporate hierarchies because COOs are often regarded as being second in command. However, it seems that De Shon isn’t interested in a COO of his own, seeing as how he has held on to the position in spite of him having been named CEO.

Before he managed to become the COO and then the CEO, De Shon was a President who was responsible for overseeing the Avis Budget Group’s operations in six regions situated on four continents. As such, it seems safe to say that De Shon possesses plenty of experience with international business, which is presumably critical when the Avis Budget Group operates in such a wide range of countries. With that said, De Shon isn’t exactly lacking in domestic experience, seeing as how he has been an Executive Vice President for U.S. operations as well.

3. Rose Through the Ranks At United Airlines

De Shon was an executive when he joined up with the Avis Budget Group. However, he wasn’t always an executive, as shown by the fact that he rose through the ranks at United Airlines. In fact, it is interesting to note that De Shon started out as a customer service representative for the airline carrier before going on to hold positions with more and more important responsibilities.

By the time that De Shon left for the Avis Budget Group, he was the executive responsible for overseeing United Airline’s airport operations in 29 countries situated throughout the entire world. This was a position with very wide-ranging responsibilities, seeing as how he was responsible for everything from internal communications to making sure that everything was ready for the planes flying in and out of the airports.

5. Went to University of Missouri-Kansas City

In school, one of the two fields that De Shon specialized in was communications. On initial consideration, communications might not sound like something that needs to be studied because it is so ubiquitous. However, it is important to note that communicating in an effective and efficient manner can be much more challenging than it seems, particularly when people aren’t interacting face to face but are instead communicating through more limited methods such as media releases. Never mind cases in which the content being communicated requires specialized expertise and experience for the greatest ease of understanding.

Besides communications, De Shon studied sociology, which is the study of society as well as various topics that are connected to said subject in various ways. Sociology isn’t something that comes up a lot when business people mention what they studied in school. However, its potential applications in business aren’t exactly difficult to figure out, seeing as how a better understanding of society as well as how people function in society can be very useful when interacting with customers, employees, and other stakeholders.

8. Believes that Stock Market Has Been Overreacting

In recent times, the stocks of car rental companies haven’t been performing too well, which has been connected to the rise of Uber, Lyfy, and other such services. However, De Shon has stated in a CNN interview that in his opinion, this is an overreaction on the part of the stock market because car rental companies are benefiting from a lot of the same factors that are bolstering Uber, Lyfy, and the like.

9. Has Been Looking into Ridesharing

10. Has Been Looking into Modernization

On top of this, the Avis Budget Group has been looking into various ways to modernize as well as otherwise improve its operations for the sake of customer satisfaction and thus business profitability. For example, the corporation has been working with car manufacturers to incorporate more connected cars into its fleet, which let interested individuals check out important statistics with their smartphones. Likewise, the Avis Budget Group has teamed up with Amazon to make it possible for interested individuals to book vehicles by using Amazon’s Alexa, thus offering even more convenience than otherwise possible. Furthermore, it is interesting to note that while the Avis Budget Group already has a perfectly functional app, it is always looking for ways to improve it by checking in with the people who use it.