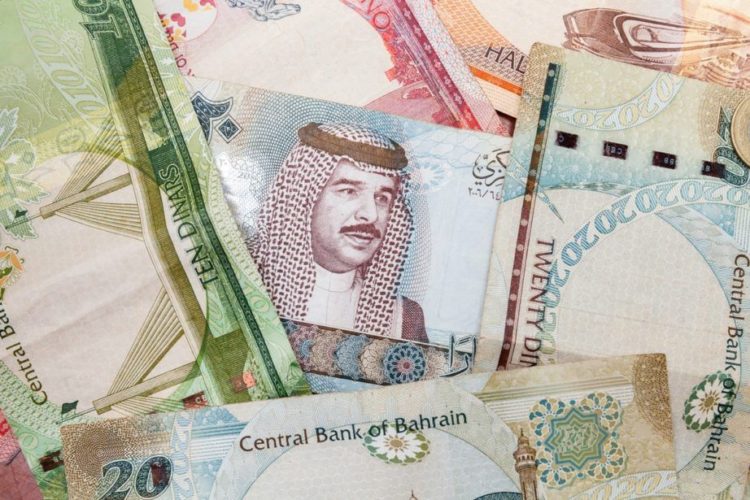 For those who are unfamiliar, Bahrain is a small country that can be found off of the northeastern coast of Saudi Arabia. It is named thus because of the island of Bahrain, which is by far the biggest of the islands that make up the country. With that said, while Bahrain might be a small country, it is nonetheless a country, meaning that it has a national currency of its own called the Bahraini dinar.

How Did the Bahraini Dinar Come Into Existence?

People with an interest in currencies might have noticed that the Bahraini dinar shares its name with a number of other currencies in the Islamic as well as Islam-influenced world. In short, there are eight other countries that use a currency called the dinar, with examples ranging from Algeria and Tunisia to Jordan and Iraq. This is because these countries named their currencies for a very influential coin called the gold dinar that was first issued under the Umayyad Caliphate, which is a very popular practice when it comes to naming currencies. After all, the U.S. dollar plus all of the other dollars that can be found out there can trace the roots of their name to the Bohemian silver coin called the Joachimsthaler that was shortened to thaler for practical use, which is very amusing because Joachimsthal means “Joachim’s Valley.” As for the dinar, well, it is worth noting that it was named for the Roman silver coin called the denarius, which is perhaps unsurprising when Roman influence can be found pretty much everywhere in Europe, the Middle East, and the regions influenced by them.

Having said that, the Bahraini dinar came into existence in 1965. Not coincidentally, this was in the period when Bahrain plus other countries in the Arabian Peninsula as well as the Persian Gulf were weaning themselves off of the Gulf rupee. In short, the Indian rupee once saw very widespread use in regions that were controlled by Britain but ruled from the British presence in India. However, this became a serious problem for India in the late 1950s because people were smuggling Indian rupees to the Persian Gulf where they would exchange the banknotes for gold before smuggling the gold back into India. This wasn’t just very illegal under Indian law, this was also an issue of national proportions because the amount of Indian rupees in the Persian Gulf was in excess of the region’s circulation needs, with the result that the excessive number of banknotes were returned to India in exchange for pounds sterling. In other words, the smuggling was literally causing India to drain its foreign currency reserves at a horrendous rate. Something that couldn’t be tolerated to say the least. Eventually, the Indian government introduced special rupees that were supposed to be used in the Persian Gulf, which started out as being exchangeable for Indian rupees on a one-for-one basis but went on to be devalued in 1966.

Why Is the Bahraini Dinar So Expensive?

In any case, the Bahraini dinar tends to be best-known to people outside of the region for being one of the most expensive national currencies that can be found out there. In fact, it is beaten out by just the Kuwaiti dinar, which is another currency that came into existence at around the same time for some very similar reasons. With that said, it should be mentioned that the Bahraini dinar has a fixed exchange rate, meaning that its high value doesn’t actually say as much about its economy as what a lot of people would expect.

Essentially, some countries choose to have flexible exchange rates for their currencies in the sense that their value is permitted to rise and fall based on the interaction of demand and supply. Of course, these countries will step in through various means if there are dramatic changes in their currencies’ exchange rates that could have catastrophic consequences for their citizenry, but for the most part, they are pretty hands-off. In contrast to these countries, there are other countries that keep their currencies’ exchange rates fixed at certain levels. For Bahrain, the Bahraini dinar is supposed to be pegged at $1 USD to 0.37608 BHD, meaning that the country is willing to offer Bahraini dinars in exchange for U.S. dollars at said rate. Something that is made possible by the activities of the Central Bank of Bahrain.

To an extent, this is indeed a reflection of Bahrain’s economic strength. Central banks cannot maintain the exchange rates that they have decided upon without constant effort, meaning that the Central Bank of Bahrain wouldn’t be able to do its job without the fact that it can get its metaphorical hands on sufficient quantities of U.S. dollars. In part, this reflects the fact that Bahrain has one of the better economies that can be found in the Arab world, which isn’t wholly reliant on oil prices but has instead developed a fully-functional tourism sector as well as a fully-functional financial sector because of foresight plus pure necessity. However, it would still be a serious mistake to think that the Bahraini dinar is one of the most prized currencies in the world just because it has one of the highest values, seeing as how its exchange rates aren’t freely determined but instead rise and fall in unison with those of the U.S. dollar because of the way that it is run by the Central Bank of Bahrain.

On the whole, the value of the Bahraini dinar is more of a matter of curiosity than anything else. Chances are good that most people won’t be coming into much contact with it save under very limited circumstances such as when people visit the country. It is possible for foreign exchange speculators to benefit from the Bahraini dinar, but under most circumstances, they can probably find better, more practical opportunities elsewhere.