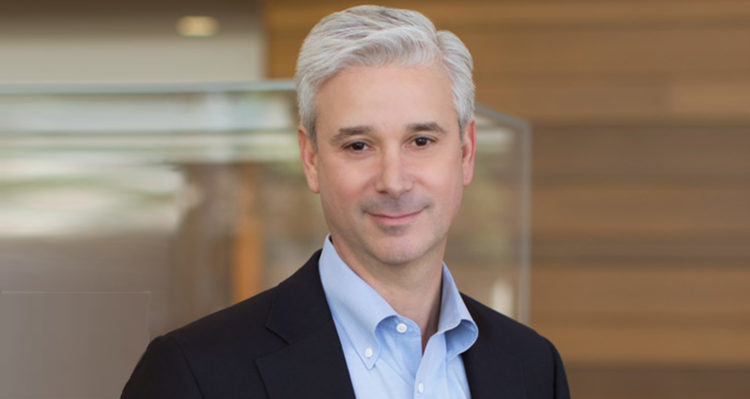 What do you know about Wells Fargo Chief Executive Officer Charles Scharf? If you think he’s just another CEO, you might want to think again. As it turns out, he is one of the most unique individuals to hold this type of position to come along in a very long time. If you’re curious, read through the list below. You might be pleasantly surprised what you find out.

1. He started working in business before he had even graduated from college

Most people go to college, get an education, and then begin their job search. He decided that he didn’t really want to wait and started moving things along at a pace that was more suited to his liking. As a result, he ended up working while he was still in college.

2. He sort of made history with that job

The job he landed was with a company called Commercial Credit Corporation and he made history because he was the first person that they had hired without any practical business experience since the company was formed. They didn’t really believe in hiring college graduates because they wanted people that had real world experience. They made an exception with him and he made sure that they didn’t regret that decision.

3. He understands the value of persistence

He never would have gotten that job if he hadn’t been persistent enough to send his resume directly to the CEO of that company. He had some connections so he knew he could get that resume directly to him instead of taking the easy way out and deciding to wait until he graduated. He pushed forward and his efforts paid off.

4. He isn’t afraid to stick his neck out and see what happens

With that single act, he proved that he isn’t the least bit afraid to put himself on the line when it really counts. Things could have easily gone another way. The odds were stacked against him when it came to getting the job in the first place and by being so bold, he could have gained a reputation for being too much of a risk taker. However, he knew what risks were involved and he decided that the potential benefit was worth that risk. That’s something he still believes in today.

5. He thinks for himself instead of letting others do the thinking for him

Other people might have told him that he shouldn’t have handed in that resume but he always has had a habit of thinking for himself. He doesn’t do things unnecessarily, but he does think things through and when he believes that he’s in the right, he’s not afraid to act even when it goes against the grain of tradition.

6. He actually “sees” the people who work for him

A lot of CEOs only look at business decisions as if there were nothing in the world but a bunch of numbers. He looks past all of that and sees the people who work for him, knowing full well that any decisions he makes will affect them one way or the other. Better yet, he actually seems to care how those decisions affect other people.

7. He knows that making rash decisions is never a good idea

Some people make snap decisions and that’s when they get themselves into trouble. He’s always made it a habit to avoid doing that. Instead, he steps back and evaluates things from a calmer perspective, carefully weighing his options before he makes a decision.

8. He’s not afraid to admit that he doesn’t always have all the answers

Nobody has all the answers but some people, including a lot of CEOs, like to act like they do. He’s never allowed his ego to get into the way, especially when it comes to making important decisions. If he doesn’t have the answers, he’s not the least bit afraid to admit that fact and move forward from there.

He routinely ask questions and he asks a lot of them. He wants to know every facet of how something works and how changing the routine will affect not only the final outcome, but everyone involved in the process.

10. He doesn’t take his responsibilities lightly

He fully realizes that as a CEO, he has a massive responsibility to the people who work around him. If he makes bad decision, it could mean that several people are out of a job. He doesn’t take those responsibilities lightly, yet he manages to Foster an atmosphere that is fairly relaxed, something that most CEOs have not yet learned to perfect.

The Board of Directors of Wells Fargo & Company (NYSE: WFC) announced today that it has named Charles W. Scharf as the company’s chief executive officer and president, and a member of the Board of Directors, effective October 21. Scharf was chairman and CEO of Bank of New York Mellon.

Wells Fargo Board Chair Betsy Duke said, “I am delighted to welcome Charlie as our new CEO. Charlie is a proven leader and an experienced CEO who has excelled at strategic leadership and execution and is well-positioned to lead Wells Fargo’s continued transformation. With more than 24 years in leadership roles in the banking and payments industries, including as CEO of Visa Inc. and Bank of New York Mellon, Charlie has demonstrated a strong track record in initiating and leading change, driving results, strengthening operational risk and compliance, and innovating amid a rapidly evolving digital landscape. Charlie’s financial and business acumen, integrity, passion for diversity and inclusion, and commitment to strong talent management are important qualities considered by our board’s search committee.”