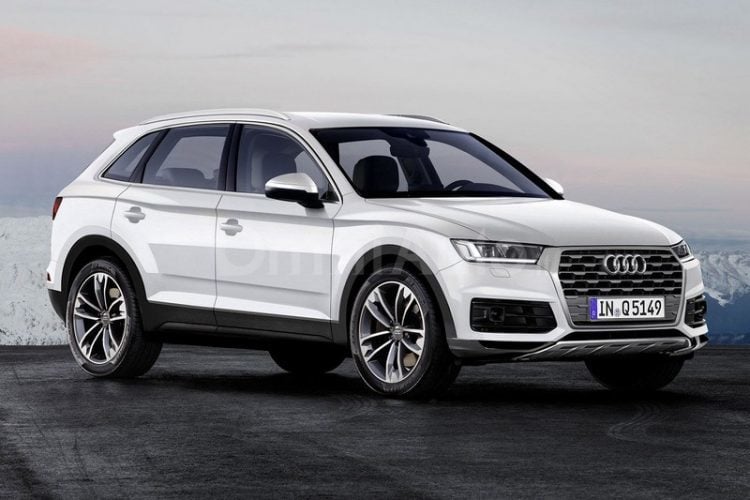 The Audi Q5 is among the most popular compact luxury crossover SUVs on the market today. It features German design and was first launched for sale to the public in 2008. There have been several variants made in the 11 years that the vehicle has been in production. Here are the 10 best Audi Q5 models of all-time for your consideration. 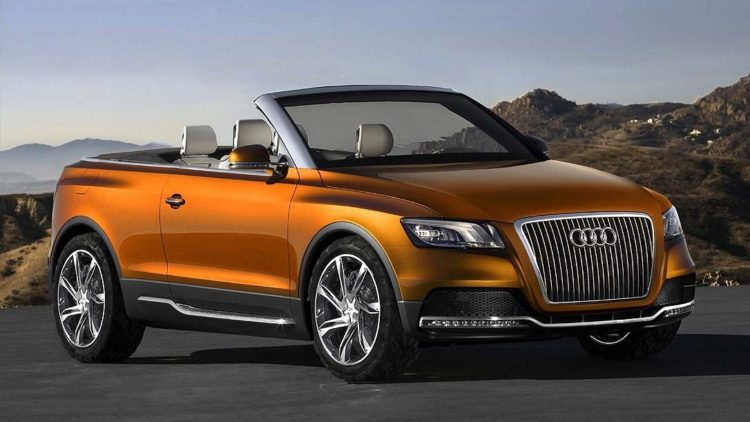 This luxury crossover SUV was a concept vehicle that was the forerunner for the Q5, and it is necessary to include it in the collection of the best Q5s of all time. Although it didn’t bear the Q5 name for marketing, this was the inspiration that kicked off the new model line. The Cabriolet Quattro Concept was introduced to the world at the Los Angeles Auto Show in 2007. It featured a 2 door convertible platform equipped with a 3.9 TDI engine with 237 horsepower and 369 lb. ft. of torque. It also featured the Quattro permanent four-wheel-drive with 8-speed automatic transmission, LED headlights and White Stone Leather Upholstery. This was the first production model of the Audi Q5. It was introduced at the Beijing Auto Show in 2008 with a reprise of the introduction later in the year at the Los Angeles Auto Show. The first models were outfitted with a 2.0-liter TFSI Quattro, a 2.0 -liter TDI Quattro and a 3.0-liter TDI Quattro for engine options. The first vehicles were marketed to the United States, Canada, and Brazil in 2009. European countries were the first recipients of the 2008 models. 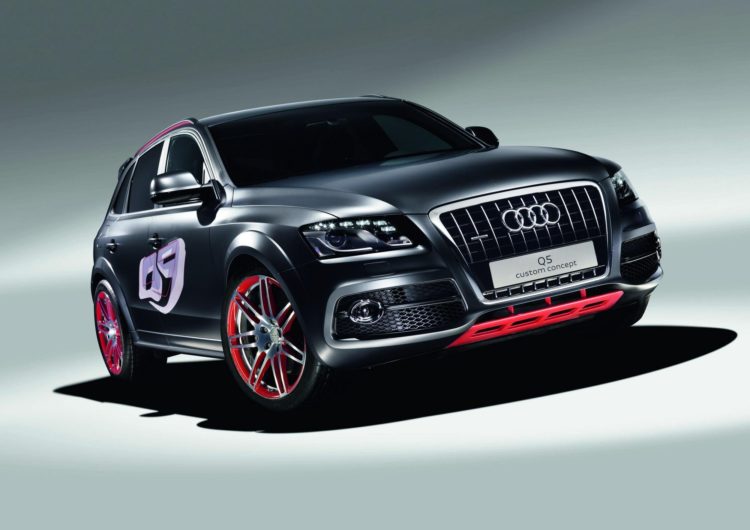 This was yet another concept vehicle that came with an S Tronic 7 speed transmission and an enhanced engine. The model was also given ceramic brakes and an active sound exhaust system. It was offered in an S model that featured special S line sport seats and a panorama roof system among other luxury upgrades. It was also equipped with a rearview camera, lane assist, departure warning, and voice control. This model made its debut at the Worthersee Tour in 2009. This is a unique member of the Q5 family that is yet another concept engineered with a fuel cell concept. It featured an 85 Kw REMFC, along with a 22Kw lithium-ion battery, mated with a 230 Nm asynchronous motor. It was displayed and demonstrated at DEP Berlin in October of 2009. This model gave the world a glimpse of the innovativeness of the Audi engineers and the design team. 2009 was an excellent and exciting year for the Audi Q5. This model was intended as a launch model for Audi’s hybrid line but failed in the crash test. The model was held back and reworked until the team at Audi corrected the flaws. This hybrid featured a 226V 1.3Wh battery pack with an all-electric range of 2 miles at 62 mph, of course, it also came with a petrol-powered engined as is the nature of a hybrid. 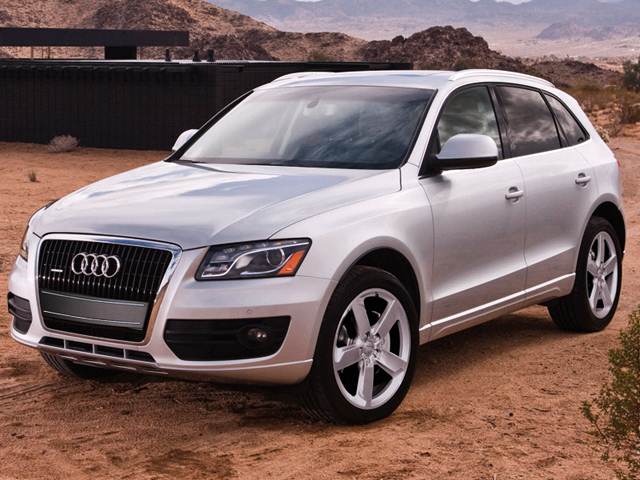 2012 was an important year for the Audi Q5 because it received a significant facelift. The rear light configuration and front end were given a redesign and it was also equipped with new engines that simultaneously increased fuel-efficiency along with output. It came out with an MMI navigation plus system, fabric upholstered surfaces on the door trim panels with a choice of three wood veneers and one aluminum inlay options. 2013 was the first year of production fo the Audi SQ5 TDI. It was Audi’s first S trim to be fitted with a diesel engine. The high-performance crossover SUV was available in a 3.0-liter twin-turbocharged V6 engine mated with 8-speed Tiptronic transmission, the in-house all-wheel-drive system and it also featured torque vectoring transfer. The body was lowered by the sport suspension and with regards to performance, the top speed was electronically limited to 155 mph with an acceleration of zero to 62 mph in 5.1 seconds The SQ5 Audi exclusive concept was a very special limited edition of the 2013 SQ5 TDI. There were only 50 of them ever made and distributed throughout the world. What made this special edition so remarkable was the Aral blue crystal effect body-color tht was paired with fine black colored Nappa leather upholstery. The stitching of snow-white presented a lovely contrast. The car also featured center selections of woven leather as an accent in the seats, with Alcantara headlining in a snow-white color, inlays and applications of shimmer and a sunroof blind in the same coloring. 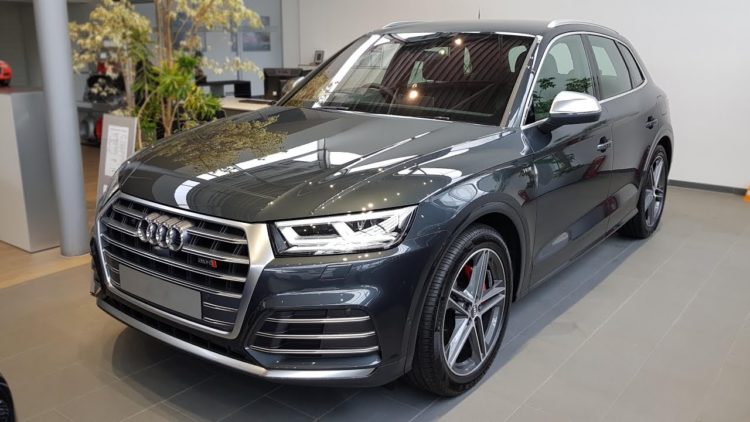 This model was a petrol version featuring a 3.0-liter TFSI engine mated with 8-speed Tiptronic transmission. The vehicle made its first appearance at the Detroit Auto Show in 2013. It was one of the most beautiful Q5s ever made. It was offered in Estoril Blue or Panther black which featured the Audi crystal-effect body colors. You could order the headlining in either Moon Silver or black to match the Pearl Nappa leather. This car was made for Canada, The United States, Japan, China, South Korea, Singapore, South Africa, Mexico, Ukraine, Chile, Brazil, and Argentina markets. The 2013 model was first available for sale in the United States as a 2014 model. This model was produced from 2017 to the present and marketed as a 2018 model year for its first season on the market. It was assembled in Mexico and China. This compact luxury crossover SUV came out in a 5-door CUV body style under the MLB Evo platform. It’s available in a variety of engine sizes. For Europe and the United States, it’s equipped with a 1.0-liter TFSI engine that generates 252 horsepower and 273 lb. ft. of torque in a gasoline engine. It’s also available in a Q5 55 TFSle version for a little more power with a 2.0-liter TFSI engine that cranks 367 horsepower with 369 lb-ft of torque.