Home
Cars
What is an Interference Engine and What is it Used For?
Prev Article Next Article 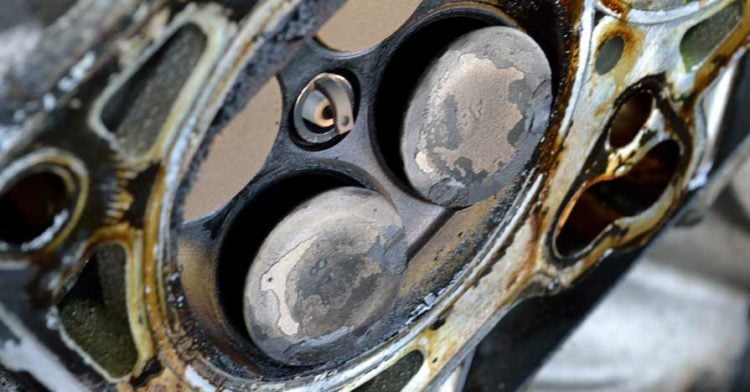 Have you ever heard the term interference engine? If you have, you may be wondering exactly what that means. In short, it describes the type of engine that you have on your automobile or on a number of other engine-driven items that employ a 4-stroke engine. Some people prefer these types of engines over non-interference engines but others are not so quick to sing their praises.

When operating correctly, there are a number of potential benefits commonly associated with the interference engine. Perhaps the biggest potential benefit involves the engine’s ability to function more efficiently. Because the valves are able to open earlier and close later, engine efficiency is maximized, thereby reducing the amount of fuel that is required to operate the vehicle. It also maximizes performance, allowing the engine to reach RPMs that wouldn’t otherwise be possible. Clearly, these potential benefits can easily outweigh the drawbacks of having such an engine. As such, interference engines have become the industry standard on many modern-day automobiles. Car makers like BMW and Audi typically use these types of engines in their cars and they certainly aren’t alone. In fact, a number of popular automotive manufacturers choose to use the interference engine over older designs.

The Potential Drawbacks of Using an Interference Engine

Of course, there are certain drawbacks associated with using these types of engines as well. One of the major issues involves the fact that the valves and pistons are occupying the same space. As previously discussed, this isn’t a problem as long as everything is operating as it was designed to operate. However, something as seemingly benign as a broken timing belt can cause everything inside the engine to collide and subsequently fall apart. If the timing belt breaks while the valves are inside the piston chamber, they essentially stop moving. When the piston returns to its starting position, it then hits the valve because the valve has now failed to move out of that space. The end result is typically a bent valve, at the very least. Other significant damage such as a damaged piston and even a broken cylinder head can result. At the very least, you’re probably looking at replacing not only the timing belt, but also the affected valves. In a worst-case scenario, you may have to pull the entire engine out of the car and replace it, especially if the cylinder head has cracked. Obviously, this can be a very expensive endeavor, so expensive that some individuals choose to replace the car as opposed to replacing the engine itself.

The Issue With Timing Belts

The problem with interference engines is typically brought to light when a car with a timing belt isn’t properly maintained and the belt breaks. It’s important to know that there are two different types of devices that are used, timing belts and timing chains. The chains have a tendency to last longer than belts, for obvious reasons. More often than not, belts should be replaced somewhere in the neighborhood of every 60,000 miles, although the exact recommendation will change from one automobile to the next. When in doubt, you should check your owner’s manual and then follow it to the letter. Replacing a timing belt can seem expensive at first, but when compared to the cost of replacing an engine or even doing major engine repairs, that cost becomes nominal very quickly. By the same token, you should never guess at the overall health of a timing belt. If it’s a car that you didn’t drive off the showroom floor yourself, consider replacing the timing belt straight away. It may save you a lot of headaches and some very expensive engine repairs later on down the road.

Why Are These Engines So Popular?

It’s understandable that you might be wondering why these engines are so popular if something as simple as a broken timing belt can cause the entire engine to seize up. The thing is, non-interference engines, also known as free running engines, don’t have this problem. In those types of engine designs, the valves and the pistons never come into contact with each other in the first place. The design of the engine itself makes it impossible. If the timing belt breaks on a free running engine, the engine stops running but there is no additional damage. You replace the timing belt and you’re on your way. Obviously, most people would probably choose to have a free running engine, but the truth is that the majority of individuals have cars with interference engines, especially if it’s a modern automobile. That is because these engines get better gas mileage and generate more power, all while producing fewer emissions. That makes them more desirable and therefore, more popular.

At the end of the day, most automakers have abandoned free running engines for interference engines, meaning that car owners need to be more cognizant about replacing timing belts. While it is possible for a timing belt to continue operating far beyond its prescribed lifespan, you’re risking a great deal if you decide to roll the dice. On one hand, you may never have a problem with it from the time that you purchase the car until you decide to sell it. On the other hand, you could be looking at thousands of dollars worth of engine repairs when you could have spent just a few hundred dollars, replaced the belt and continued on your merry way.