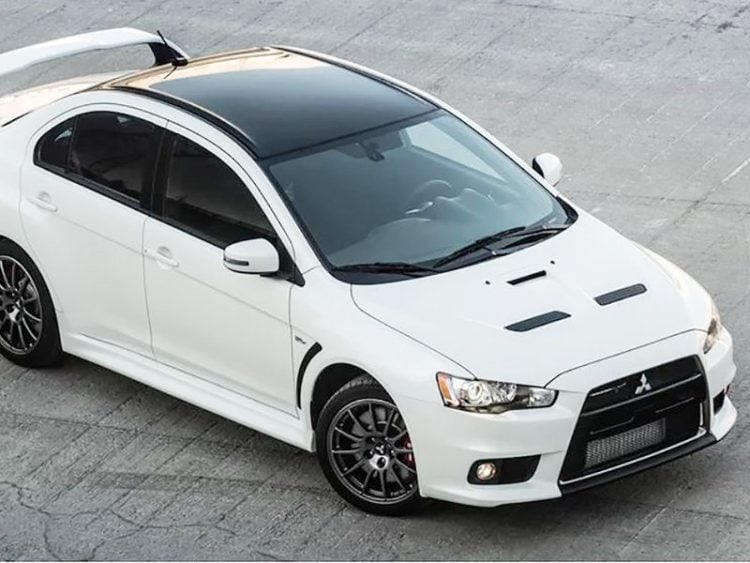 Mitsubishi Lancers were always popular models. In fact, the last round of Lancers to hit showroom floors disappeared incredibly fast. Since the Final Editions several years ago, there have been no more models. This wouldn’t be a big surprise if a car was a complete failure, but with nine years and multiple performance improvements, the Lancer seemed set for a long run. Sure, companies cancel car lines all the time, but not usually when they are well-liked by drivers. Fortunately, you can still pick up a gently used Lancer for less than you might expect if you want one. Read on to learn why Mitsubishi discontinued the production of the Lancer.

Why Was The Mitsubishi Lancer So Popular

Whether you own a Mitsubishi lancer or not, it’s easy to see why these compact cars were so beloved. Before we get into why Mitsubishi discontinued production of the Lancer, let’s dive into what made them good cars. Plus, we’ll take a look at the downside as well. From 2008 to 2017, these were highly sought-after cars for numerous reasons. With a life expectancy of a hundred and fifty, to two hundred thousand miles, Lancers certainly last. According to Consumer Report, these high-performance yet surprisingly cost-effective cars were also a good option for consumers who want a green choice. Since no one wants to end up on the side of the road, out of gas, a green car that doesn’t burn through fuel, and your pocketbook is always smart.

When Mitsubishi introduced them in 2008, the Lancers were known for their improvements. For example, the 2.0-liter four-cylinder engine had decent acceleration and wasn’t weighed down by a big, bulky frame. Moreover, these smaller cars were known for their agility. Turning on a dime might be an overstatement, but for a reasonable price, you could get a fast car that took a corner better than most. Drivers who want a small car that performs best at high speeds know the Lancer well. These sleek, simple-to-use models were well known for their sporty and agile maneuverability. However, there’s another aspect of Mitsubishi cars like the Lancer that makes drivers want to get behind the wheel.

All new cars come with a warranty. Reliability is, after all, one of the things to look for in any ride. Though the company didn’t score as high as some in the overall reliability department, they do stand behind their cars. Knowing a problem will be fixed if it occurs is vital. The Lancer, like all Mitsubishis, came with an outstanding warranty. The 10-year/100,000-mile Powertrain Limited Warranty easily beats most of the competition right out the gate. Besting companies like Honda, Ford, and Toyota is no mean feat. More importantly, backing up your product is a sign that you care about the drivers who use it. When you combine the top-tier warranty with great zoom, tight turns, and easy handling, it seemed like the Lancer line was sure to run another decade at least. So what happened?

The Downside of The Mitsubishi Lancer

While there’s no doubt that the Mitsubishi Lancer was a good car, it wasn’t one of the truly great cars. According to Repair Pal, it’s a solid four out of five stars. This model was great for higher speeds, but sluggish getting started from stops among the many moderate issues. Other examples of why the Lancer wasn’t outstanding include such classics as the well-known moaning problem. Any car that makes ‘a noise’ at high rev is worrisome. Additionally, even with the excellent handling, the fuel economy was good but unremarkable for a green pick. Some customers complained about the transmission slipping after fifty thousand miles or so. While that might be covered under the warranty or an extended warranty, it is still problematic. Service is not a substitute for performance. While this was far from a universal issue, it often happened enough to be a notable concern for potential buyers. Finally, the interior was just nothing to write home about. Plastics are fine and low weight. Still, ‘unimpressive’ is the term that comes to mind when scoping the interior of the Lancer line. Getting the most for your money is a balancing act, just like making a great vehicle. When you sacrifice looks and use cheap-feeling plastics inside, the benefits are not as obvious as the flaws.

The Real Reason There Are No More Mitsubishi Lancers

You could easily blame the car market trends for the loss of the Mitsubishi Lancer. A moment’s research will show that between 2015 and 2016, there was a fair-sized, five percent drop-in passenger cars. When people slow down on buying one type of car, any company should start considering other options. However, it wasn’t just a temporary market downtrend that caused Mitsubishi to discontinue the Lancer. If you were hoping for an epic disaster or wild tale, this is the wrong car. Lancers are okay cars. Sadly, making a mediocre but well-liked car isn’t the same as giving customers what they want. A slight decrease can hurt a companies bottom line, but the long-term goal is to keep making vehicles that people truly want and need.

As we progress into the twenty-first century, consumers are more driven by practical needs like versatility and reliability. On top of that, people want cars that use substantially less or even zero petroleum products. The Mitsubishi Lancer simply couldn’t fill that nice as well as other vehicles. A company can only do so much. Instead of continuing the Lancer line, Mitsubishi chose to refocus on electric to hybrid vehicles and crossovers. Doubtless, many Lancer fans were unhappy. Ultimately, it was a smart business move for Mitsubishi to drop a ‘pretty good’ car line in favor of a more progressive and overall appealing strategy in the future. The short version is that there was nothing major wrong with the Lancer. There also wasn’t anything so right it was worth keeping instead of a better product. Times change, consumer demand shifts to newer ideas, and Mitsubishi discontinued the Lancer to go with the flow.

Mitsubishi Lancers may not be in production anymore, but they’re still mostly good cars. When you couple that with the fact that you can pick up a fair quality used Lancer for as low as five to seven thousand dollars, you may still want one. Unfortunately, you can’t get a newer model. As time goes on, the parts will become harder to find, so don’t plan this as a forever car. Still, you could opt for a Lancer for a nice, quick, small, used car.