Home
Cars
The History and Evolution of the Porsche 918 Spyder 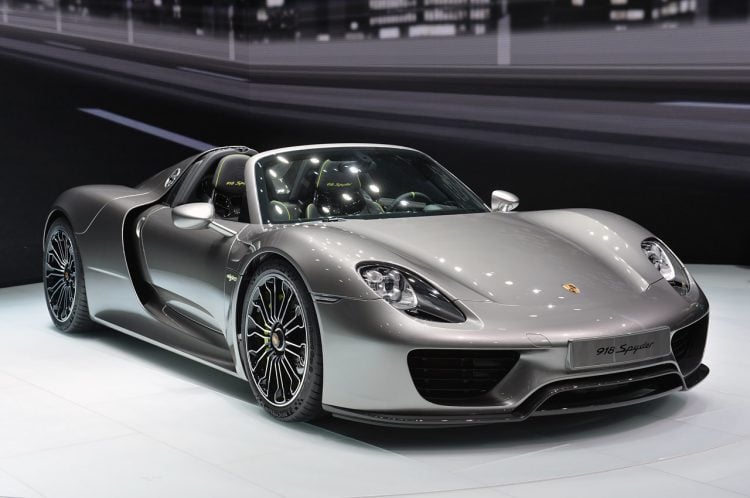 This car was a combination, using the hybrid technology of the 997 GT3 R Hybrid in combination with the 918 Spyder body. The 918 Spyder is Porsche’s second plug-in hybrid automobile since the Panamera S E-hybrid of 2014.

The Porsche 918 gives drivers an unprecedented driving experience, all thanks to the unique all-wheel drive theory that was combined with a combustion engine and electric motor that was added to the rear axle and a second electric motor that was added to the front axle. By adding the additional, individually controlled front drive, it gives drivers new approaches to driving at extremely high, but safe speeds.

This is especially beneficial for bends. The concept and design allows the full power of the 918 Spyder to be accessed simply by fully pressing the accelerator down, and allows even inexperienced motorsport drivers to get the full experience of these advanced innovative dynamics. The Porsche 918 Spyder has the potential of breaking records when it comes to speed. It was tested at the North Loop of Nurburgring with a lap time of 7:14 minutes.

The test was conducted more than a year early than its start of production and was already about 20 seconds faster than the Porsche Carrera GT. In other ways it surpasses other models as well as competitors is in its efficiency. It is not only a high performance racing machine but is extremely efficient in fuel consumption as well. 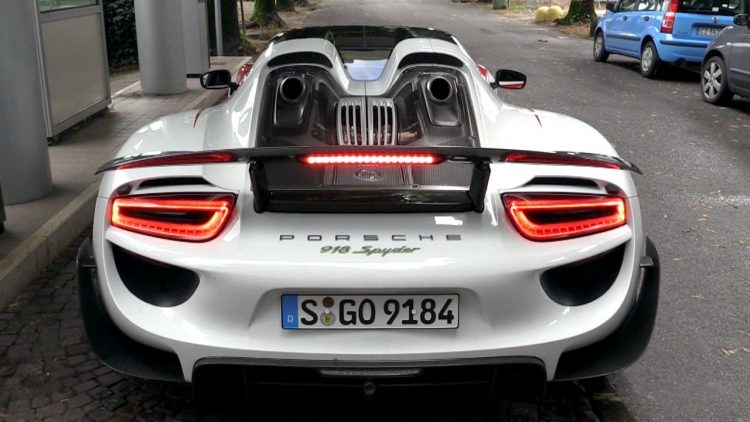 The dynamics of the Spyder are all about a low center of gravity. The Spyder was designed with the drivetrain components, and actually, all the components that weigh over 110lbs, to sit as low and centrally as they could get them in the car. By doing this, there is a rear end axle load distribution of about 57% and 43% front end load distribution on the front axle. Combine this with such a low center of gravity, essentially at the height of the wheel hubs, and this is what gives this car its ideal driving dynamics.

The traction battery was strategically placed directly behind the driver. There it aids in the car’s low center of gravity design but it also happens to be the best place for the battery in terms of temperature. Temperature control matters for optimum battery power capability.

The Spyder operates in three drive modes to give you driving options: “E-Power”, “Hybrid” and “Sport Hybrid”.

E-Power is the default operational mode when you have a sufficiently charged battery. When it is operating strictly on E-Power, it has the ability to run about 18 miles on its electric power alone. Even while running on batter, it has the ability to quickly accelerate easily from 0 to 62 mph in seven seconds, and its top speed on E-power is 93 mph. The combustion engine only kicks in when the battery’s charge begins to drop to the minimum usage. Then it switches to hybrid mode to run.

In this mode, both the electric and combustion engine work alternately. This set-up works automatically on giving the best fuel consumption and maximum efficiency. This is the mode most often used for a more fuel economy driving style.

Want more power? The Sport Hybrid mode is where you will get you more driving dynamics and highest sport performance. The combustion engine operates solely and continuously on its own in the “Sport Hybrid” mode. It is this car’s power source. The electric motors add support in by way of electric boosting to help give the combustion engine a greater efficiency. This is the mode to drive in when you want top performance and want to use your sporty driving style at top speed. Perfect for track driving. 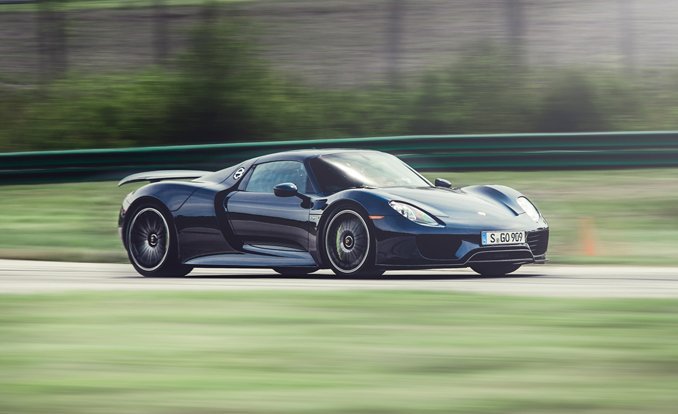 Production of the Spyder 918 was scheduled to start in September of 2013 with deliveries to begin in December of 20213. As you can imagine, the price for any Porsche will be high. But for a limited edition model with the name, Porsche attached to it, you can be sure you would be paying a pretty penny to own one. Not surprisingly, the 918 Spyder was sold out by December of 2014 with the majority of the orders stemming from the US at 294 units and Canada at 35 units. The production for the Spyder 918 ended in June of 2015. Released in 2015, this model was designed for high speed and power. The Weissach package is a high-performance upgrade to the original model. It eliminates some of the interior amenities and adds lighter-weight carbon fiber appointments as well as flame-retardant upholstery, magnesium wheels, racing belts and aerodynamic aids. This is a car geared for track and who intend to put the pedal to the metal.

What does the future hold for the Porsche 918 Spyder?

The Porsche 918 Spyder is still a well sought after car, not to mention that this the gene pool from which generations of hybrids will be tested and designed from. The Spyder has found a way to package cool, comfort, style and speed into one little car. But with only 918 of the dynamic speed machines made and out of production, these cars will be hard to get hold of. For those that can afford the Spyder, they will try to find a way.