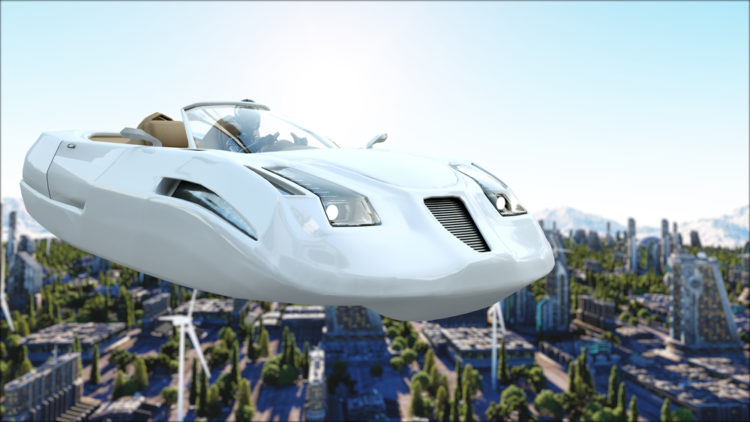 Do you feel like The Jetsons lied to you? We were supposed to have robot maids, mobile sidewalks and flying cars by now! The closest thing we have to a robot maid is the Roomba. Mobile sidewalks are only available at major airports. However, thanks to Volocopter, we may be seeing that flying car after all! Could this really mean an end to traffic jams and clocking in late? Maybe not. Still, what does this Fire from Olympus mean for the future of the automotive industry?

Taxi Taxi Give Me a Ride

Well, the first ones to come out won’t be available for ordinary consumers like you and me. They will only be available for mass transit to start with. You’ll be able to call a flying taxi! Rest assured that the Volocopter will be as safe as any commercial airline. If you are concerned about the environment, the Volocopter is completely electric and absolutely free of any emissions. Afraid the noise of the blade will trigger ‘Nam flashbacks? (Or at least reruns of MASH flashbacks.) Don’t be! The eighteen electrically powered rotors are distributed on one level. This way, any sound you hear will be fairly quiet and pleasant.

Just What Is It, Exactly?

It looks like the egg spaceship from Mork and Mindy glued to a giant water sprinkler. What it is is a miniature helicopter. It would have only enough room for a pilot and one passenger, but there are plans to make copters that can seat small parties as well. The ride would be both booked and tracked via the Volocopter App, much like an Uber. Volocopter could very well be the next step in evolution for transportation. With the majority of the world’s population being in large cities, the only way to go is up. Trips on the Volocopter will be quick and trouble free. It could get across the whole town in bare minutes without having to account for traffic. The fact that they will be completely emission free is just the icing on the cake.

Where and When Can We Use These?

The current projection, assuming no nasty pandemic relapses, is in about two years. Singapore and Paris, France. The Volocopter has already been demonstrated over Singapore’s Marina Bay. France would love to have air taxis available in time for the 2024 Olympics. Helsinki, Stuttgart and Dubai have also seen demonstrations but the German based company also has its eye on the United States of America. Major metropolitan areas such as New York, Los Angeles and San Francisco are being kept in mind. Washington, DC. would be a marketable location, if it weren’t for that pesky no-fly zone.

Well, they managed to pick up €200 million (that’s about $241 million in American) in a Series D round of funding. This is a considerable step up from the €87 million, (that’s around $94 million in American) from the funding for series C back in 2019. What can be said? People want that flying car! All in all, Volocopter has managed to raise nearly $390 million. Now, every cent of this is currently going into development. There’s no profit as of yet. This is a pioneering project that could be the California Gold Rush or it could be the Donner Party. Still, this is a service that could appeal to anyone who needs to get somewhere quickly and is not a total acrophobe.

Who Else Thinks This is a Good Idea?

Volocopter has so far managed to net twenty investors Their most recent ones are Tokyo Century and Continental. Team Europe has thrown their hat in as has Zhejiang Geely Holding Group and btov Partners. Atlantia, who knows their way around airport infrastructure, was a very early investor. Klocke, Daimler, Intel Capital and Avala Capital have all likewise decided to back Volocopter’s innovative idea.

All of this funding will be utilized into solidifying Volocopter’s market leadership. Rene Griemens, CFO of Volocopter has said “We are thrilled to welcome investors who share our belief that innovative technology like our Volocopter is one of the key enablers for a sustainable future,” He continues this sentiment with “Our shareholder structure remains well balanced with a healthy mix of strategic and financial partners spread as globally as our business ambitions.”

What’s With the Competition?

There are others who are interested in the possibility of flying taxis. Wisk Aero isn’t new to the industry despite rebranding in 2019. They began more than 10 years ago (2010) and were actually the first company to fly an autonomous/self-flying eVTOL air taxi in the U.S. They have a good twenty-five patents to their name and that’s twenty-five more than Volocopter. This air mobility company may very well develop electric self-flying air vehicles in the near future. Lilium manages to be both popular and quite lucrative. They’ve been known to make private jets, so commercializing a flying car is not very far fetched for them. Waymo has more than six hundred cars on the roads today. Aurora Flight Sciences has the advantage of having been around since the late Eighties, giving them plenty of time to amass one hundred and three patents and $20.8 million in US Federal Contracts and Grant Awards. All of this plus Navya and Beta Technologies give Volovoptor some pretty stiff competition. Can they beat them? Only time will tell.

Will this be the wave of the future? It will take some time. Even in two years when Volocopter is projected to go into action it will only be in the world’s largest cities and even then, will start out as more of a glorified airport shuttle. It is unlikely one will be allowed to land in any public thoroughfare. Buildings that are already homes to helipads may be the only acceptable pick up/drop points. Still, if there’s a market for it, supply will meet demand.