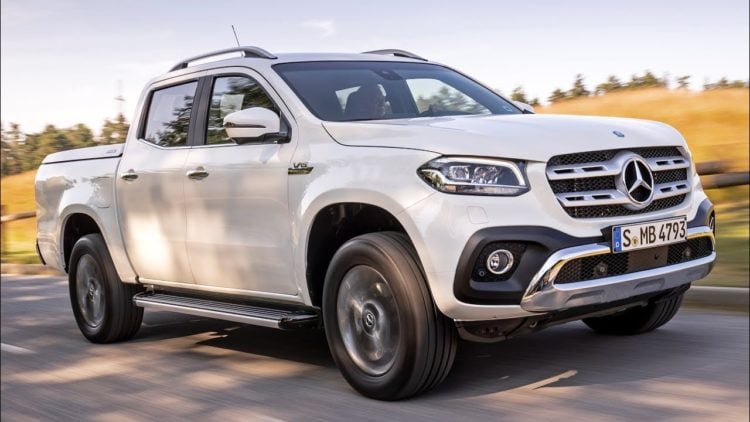 The German-based Mercedes-Benz car manufacturing company’s headquarters is currently in Stuttgart, which is located in the southwest German region, Baden-Wurttemberg, just east of the Rhine river. Founded on June 28, 1926, the Mercedes-Benz has become recognized as the pillar of luxury vehicles throughout the world. They are also known for manufacturing quality commercial vehicles. As of 2018, Mercedes-Benz became recognized as the largest seller of premium vehicles, selling over two million passenger vehicles.

Daimler-Motoren-Gesellschaft’s (DMG)1901 Mercedes  and Karl Benz’s 1886 Benz Patent-Motorwagen were both considered to be the first breed of self-propelled automobiles that featured an internal combustible engine. Karl’s Benz Patent Motorwagen was a converted stagecoach featuring a petrol engine installed by engineer Wilhelm Maybach. Come 1901, the Mercedes automobile was brought to market as a DMG trademark. The brand, Mercedes-Benz, officially began in 1926 after the merger of Karl Benz and DMG unified the two companies that would bring forth lineup after lineup of luxury vehicles for consumer and commercial usage.

When the name, Mercedes-Benz, comes up in most conversations about it, luxury vehicles are the first image that comes to mind. However, in addition to vehicles highly recognized among the pinnacle members of society, it is also a well-favored vehicle that has established itself as strong, sturdy trucks and vans that are ideal for commercial use, as well as the rough and tumble of pickup truck enthusiasts. In the case of the Mercedes-Benz X Series Pickup, this is no exception. In July 2017, Mercedes-Benz first revealed the concept of the X Series at a car show in Cape Town, South Africa, shortly before it reached the consumer market. The chassis of the pickup was based on the Nissan Navara series. Between the Nissan and Renault plants in Europe and South America, the Mercedes-Benz X-Class Series pickup trucks were to be manufactured. At the time, the truck’s design was based on a turbocharged V-6 engine that was paired up with a 4Matic permanent all-wheel-drive system. In 2017, production of the Mercedes-Benz X Series began at the Nissan factory, located in Spain. As a means to promote this new lineup of pickup trucks, commercials featuring Blues Saraceno’s (We Are Young) began airing on July 19, 2017, targeting the markets of Africa, Australia, Europe, Latin America, and New Zealand.

There were two main different types of engines offered from the Mercedes-Benz X-Series models. The first was a petrol-based engine, which measured 121.5 cubic inches (1,991 ccs). Available either as a 6-speed manual transmission or 7-speed automatic transmission, the petrol-based X series was capable of 164 horsepower at 6,000 RPM and 176 lb-ft at 4,000 RPM torque. Meanwhile, the diesel-based X series measured at 140.2 cubic inches (2,298 ccs) and had a horsepower range from 161 to 255 at an RPM range from 3,600 to 3,750. The torque featured anywhere from 297 lb-ft to 406 lb-ft, based on 1,500 to 2,500 RPM. Like the petrol-based engines, there was the option to choose between the 6-speed manual transmission or the 7-speed automatic transmission. However, after 2020, the series was discontinued due to low sales, despite the German-based company promoting it as the first true premium pickup truck. Apparently, the elite market of luxury pickup trucks didn’t seem so prepared to think Mercedes-Benz could come up with pickup trucks that could compete with the likes of Chevrolet, Dodge, Ford, or Toyota, regardless if it is classified as a premium truck brand or not.

However, this didn’t mean Mercedes-Benz had given up on bringing forth a premium-quality luxury truck. Now with the 2022 Mercedes-Benz X Series Pickup coming into the spotlight, there are a series of upgrades that’s been made that hopes to win over the fussy market of consumers that are considering a luxury pickup truck to put in their garage. The 2022 lineup features sharper lines, a revisioned front fascia, slimmer LED headlights, and a larger front grille. Now on a new platform, the 2022 Mercedes-Benz X Series is a larger pickup truck than the previous models. The interior is also newly designed, as its modernized has adapted its way into the luxurious fit and feel all Mercedes-Benz vehicles are known for, including its SUV lineup.

Boasting a payload of 2,200 pounds (1,000 kilograms) and a towing capacity of 7,700 pounds (3,500 kilograms), the 2022 Mercedes-Benz X Series, is the return of this pickup series from its brief retirement that features a ladder-style chassis made from high-quality steel. The option to install a stainless steel underbody as a protection panel is offered to consumers who wish to protect the pickup’s engine, exhaust, and transmission systems, especially whenever driving off-road or on-road conditions that may have a few, easy enough to drive over obstacles. True to Mercedes-Benz form, the interior is as feel-good luxurious as it gets, thanks to the electronically adjustable leather and microfiber seats that also feature good lumbar support for both the driver and passenger. The climate control throughout the interior of the pickup allows the driver and passenger to have their own comfort zone when it comes to thermal temperature settings they can each set to their personal liking. The infotainment system is unmatched by the X-series as the wealth of multimedia systems offer the best connectivity and entertainment options that are currently made available. The 8.4-inch display uses live traffic information to help guide the driver to the chosen destination programmed into the GPS as quickly and directly as possible. Also on the same screen, the 360-degree camera can help the driver maneuver, along with the Parktronic program that will sound off a warning whenever spotting obstacles the driver needs to be made aware of. The suspension of the 2022 Mercedes-Benz X class pickup features a wide track with coil springs, which offers precise tuning comfort with exceptional agility when driving either on-road or off-road. Even when fully loaded with cargo in the back, the driving comfort, plus the truck’s agility still has reduced rolling and pitching issues that minimize the understeer inclination with high lateral acceleration. With low dynamic deviations from tire uniformity, this provides better handling control to safely drive the pickup. 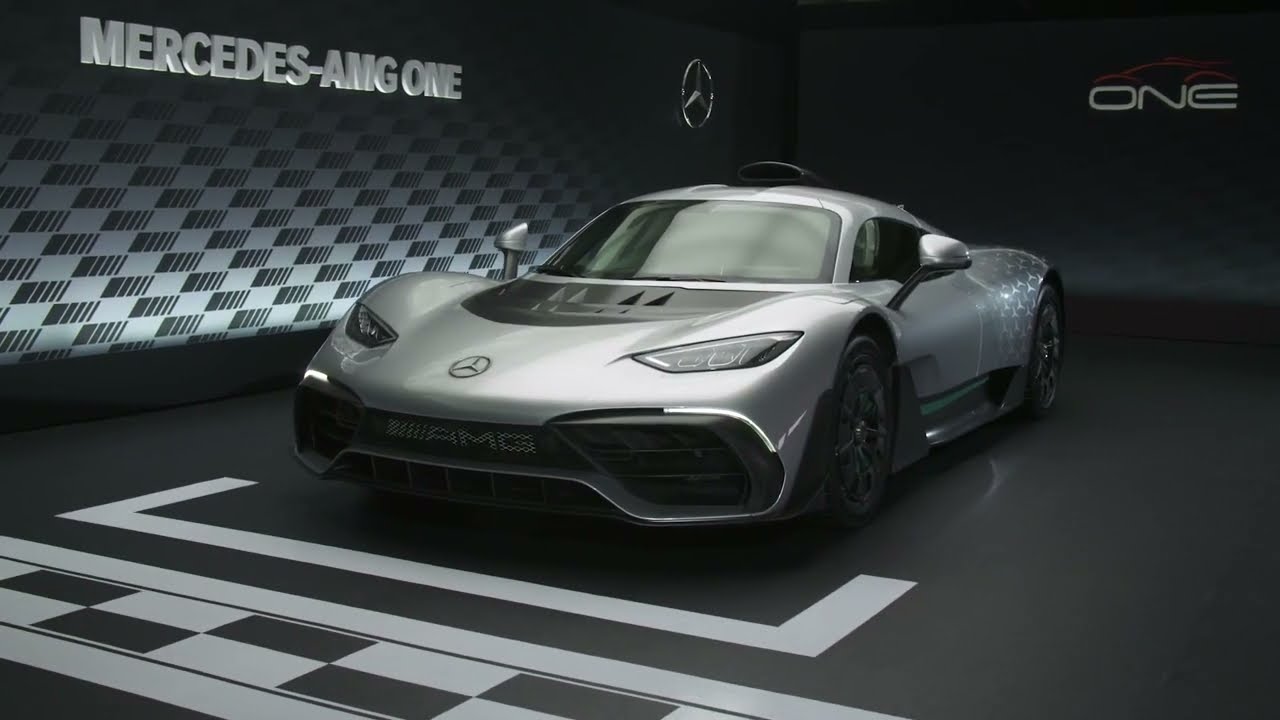 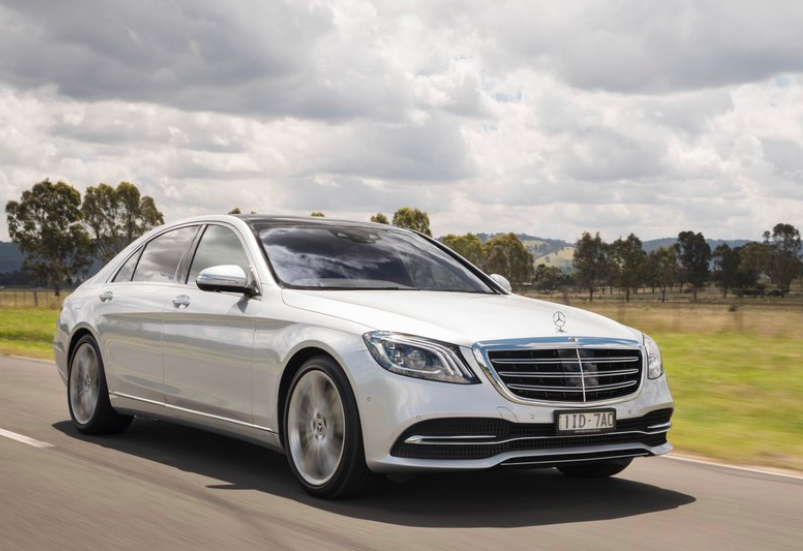 Mercedes Benz is a brand that many associate with class and… 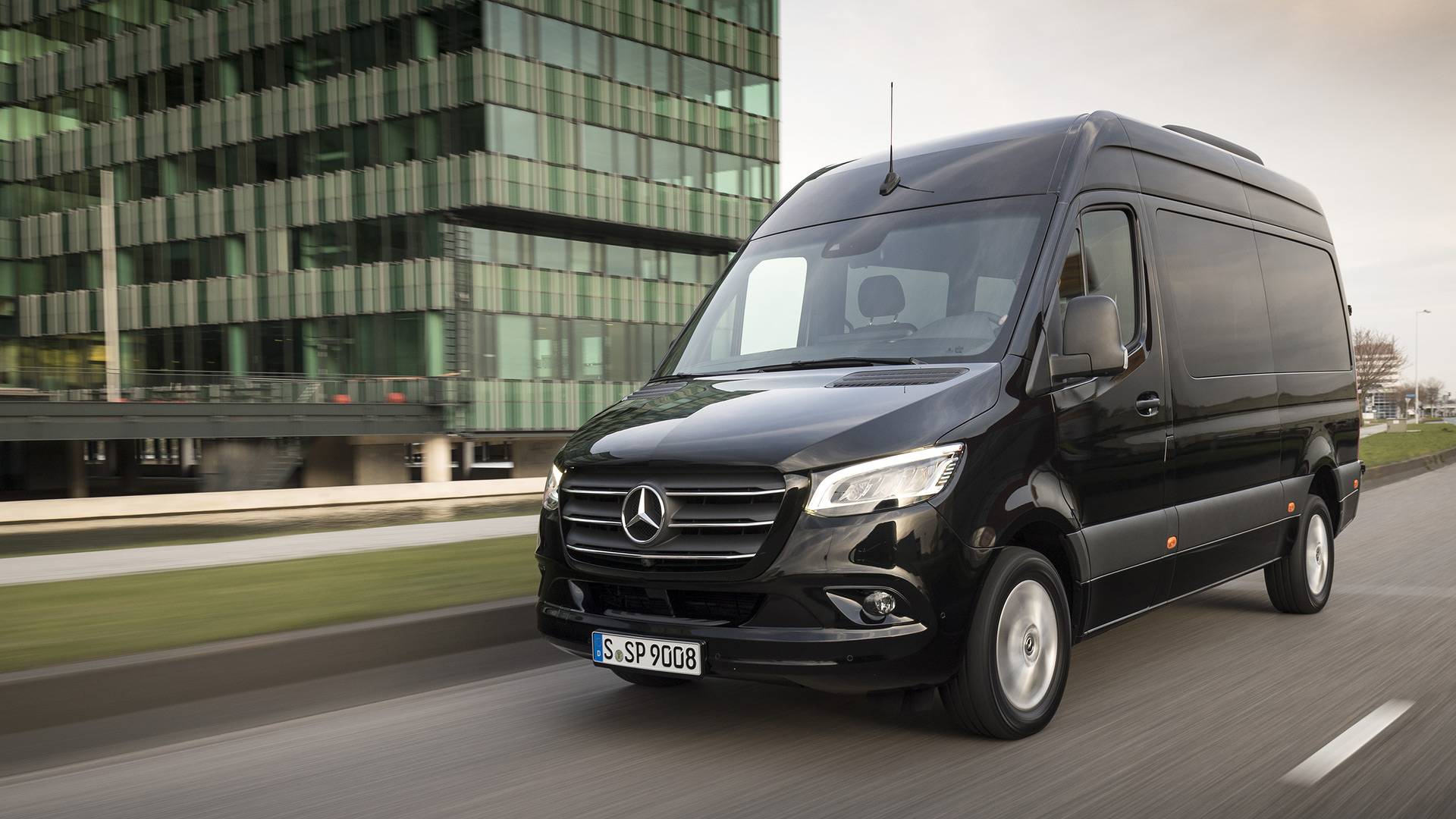 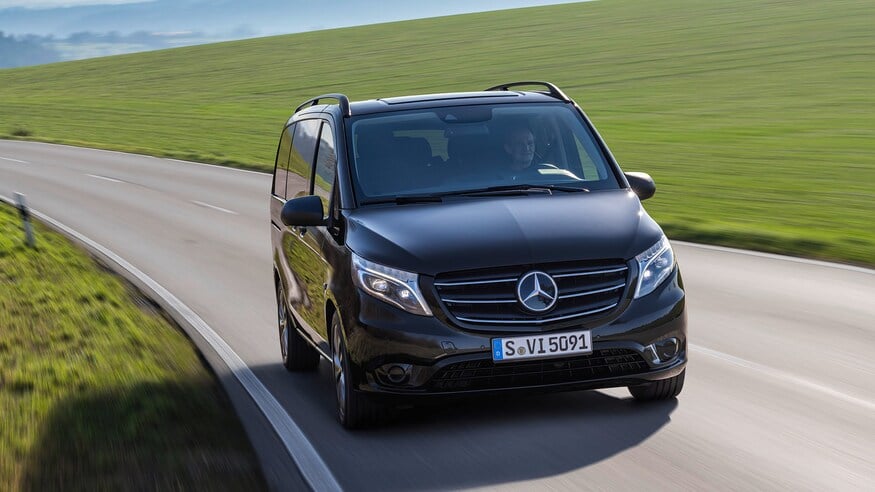 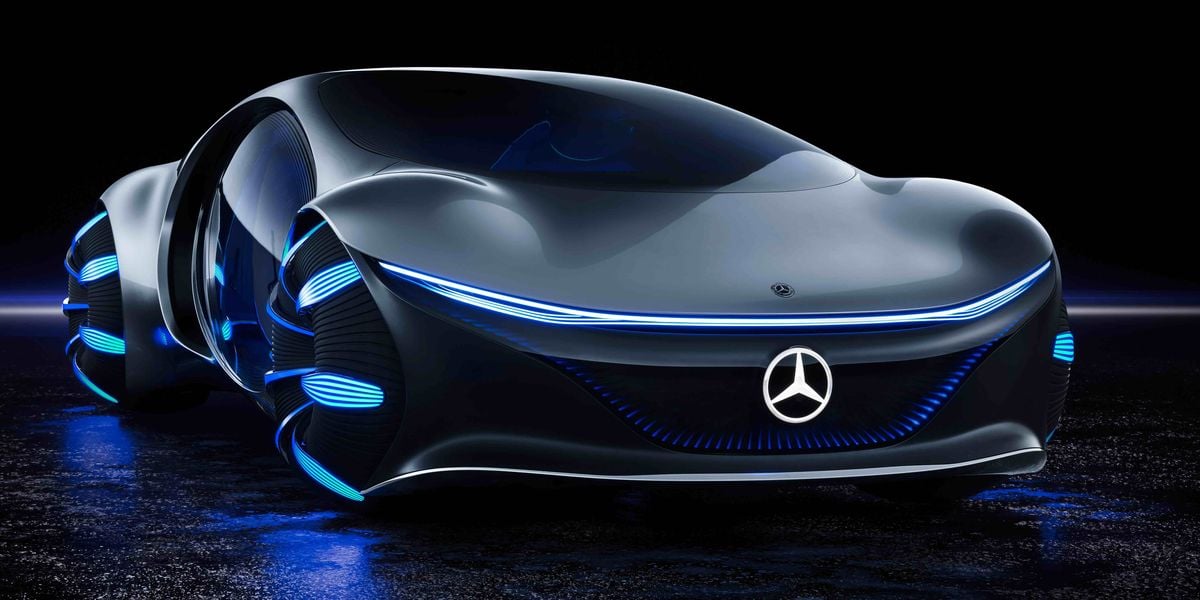 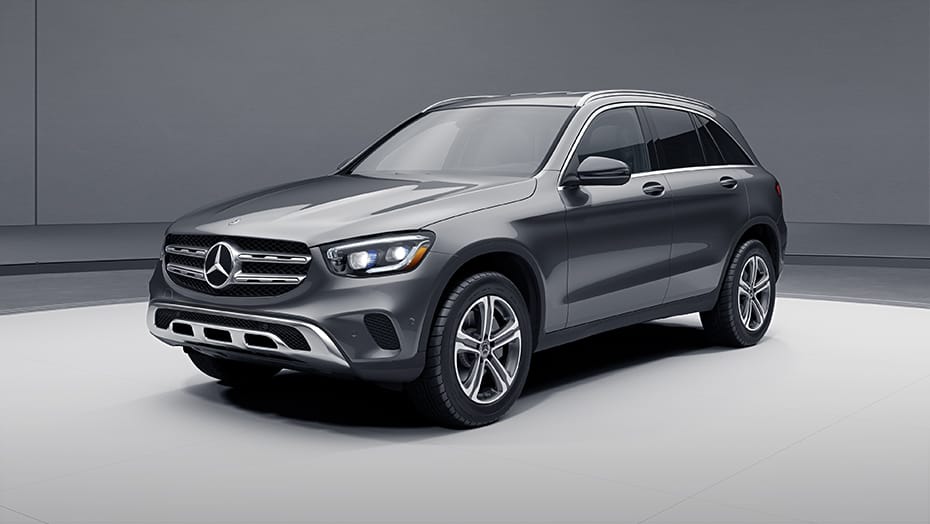