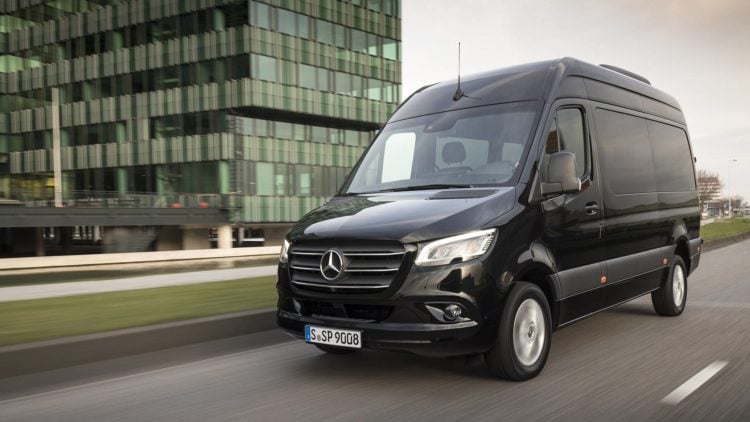 Some of you may not have been familiar with the fact that Mercedes-Benz manufactures a van. In fact, many people are unaware that the company does more than just luxury cars and high-performance race cars. But the Sprinter is a model of utility, or cargo, van that is often used by business for driving deliveries or small shipments to their destinations. They are even used as campers, after conversions are done. Anyway, for those of you who aren’t that familiar with them, here is a bit about the Mercedes-Benz Sprinter Van and what they were built for.

Considered a ‘light commercial vehicle, the Sprinter was built by Daimier AG of Stuttgart. Not only is it built as a van, but they also manufacture pickup truck, chassis cab, and minibus versions. They are not sold only under the Mercedes name…the vans also move in the retail market under the brand names Dodge, Volkswagen, and Freightliner. Today, there are many more Sprinters marketed as Mercedes-Benz than any other manufacturer’s nameplate.

The first Sprinters were put out in 1995 as a replacement model for Mercedes’ old van, the TN, which was very outdated. In its first year out, the van won recognition as the International Van of the Year. The first Sprinter generation is actually referred to as Phase I, which had a five-year stretch. Phase II, which was manufactured from 2000 to 2006. However, Sprinters were not introduced to the United States market until 2001, and they were released under the Freightliner brand name. Some areas received the van with a Mercedes brand until 2003, and then Dodge took up the mantle; from 2003, US and Canada could only buy the vans bearing the Freightliner or Dodge emblem.

Generation II came before the European public eye in 2006, but the US got theirs in 2007, and the last set to be made to date was manufactured between 2013 and 2019. The latest models were the object of much change, particular in the technology used in their making. There is also a Sprinter 4×4 version on the market now. In 2014 the van underwent a ‘facelift’, which changed its grille and added the Mercedes emblem. We should note that a 20th Anniversary Edition was released in the United Kingdom. 1200 of these units were manufactured and sold, and they included a variety of special additions and extras.

So, there’s a brief rundown on the Sprinter van’s history. Now, for those of you who want to dig a bit deeper into specifics, here are ten of the best Sprinter vans, ever made, listed from number ten to number one, with number one being the best of the best. So, read on and discover… 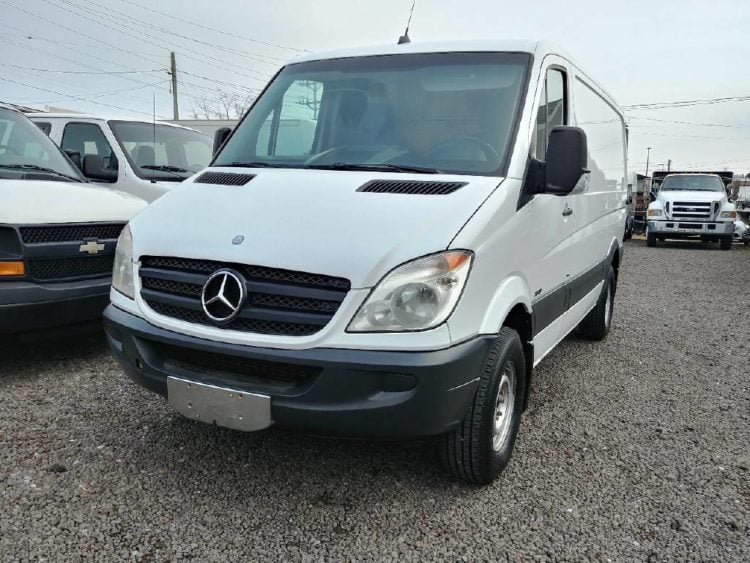 With a price tag that ranges from $5,478 to $31,074, the 2010 model not only comes with a very versatile interior design, but it has an affordable price for most anyone, as well. Plenty of cargo space is one of the highlights also, and it comes equipped with an electronic stability system and emergency exit window . Setbacks with this model include the fact that it can be difficult to get in and out of, and it also has gas mileage that isn’t the greatest. However, it is one of the more popular model years for the Sprinter. The 4500 has only been manufactured in ’19 and ’20, so it’s still a pretty new model. With that being said, it has earned a five-star rating from consumers, and is one of the preferred smaller cargo vans, though it is a larger Sprinter model. This is due to its high roof and extended length. It only comes in the cargo van style, seats two, and it has a V6 that gives 188hp, and the ’19 (as well as the 2020) come loaded with new safety features that make this particular cargo van choice a shoe-in. The window sticker price on this van is $53,390. Not bad, considering all things.

1995 was the Sprinter’s first model year, and it won the International Van of the Year that year, which says something about its quality. While they were a bit bulkier and much less technologically advanced, this Sprinter was pretty much state of the art for its time. According to Top Speed, both the ’95 and the ’96 were not only known for being reliable, but they both were loaded with modern technologies that sent the cargo van over the top with consumers. For instance, ABS brake systems came standard, which was pretty radical for cargo vans in 1995. This diesel-powered vehicle gave out 154 hp and reached a top speed of 85 mph, which was pretty good for a vehicle of its type, though I don’t think anyone would ever want to drive it that fast! 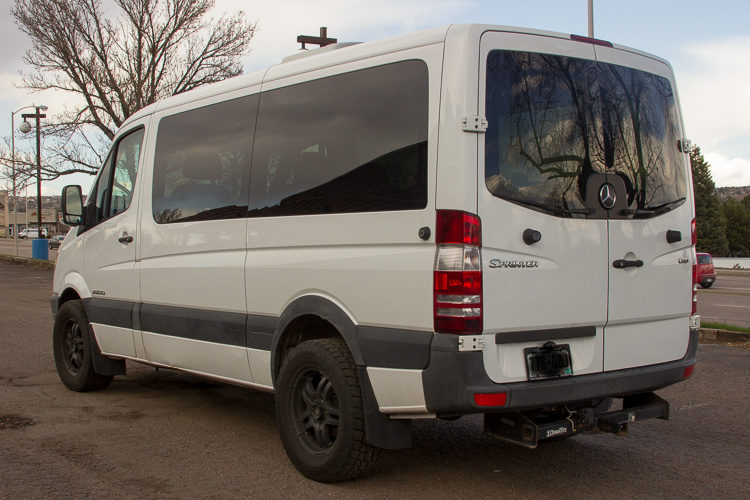 This particular model year was still a part of the first generation (Phase I) of the Sprinter family, which went from 1995 to 2006, of course. The 2000 endured a facelift (aesthetic and other slight changes) consisting of a new grille, wheel changes, and a slightly smaller, more streamlined body (though it was hardly noticeable to the eye). The changes were embraced by consumers, as were some mechanical changes that are unclear. The Sprinter did not hit the US until 2001, so some information is a bit vague, but we know this was a very dependable, sought after van for the type. This particular model year earned the Sprinter its second consecutive award for Van of the Year by Professional Van and Light Truck Magazine. It was also referred to as the NCV3, or ‘New Concept Van 3’. Being part of the second generation, this van style first came out in Europe in 2006 and in the US in 2007. While built by Mercedes, American models were branded as Dodge for that year. Powered by either diesel or gasoline, this Sprinter had good power, and though it looked top heavy in appearance, test drivers said they didn’t feel the top weight at all, according to US News. While a lawsuit was brought against Mercedes by the State of California for this generation or phase of Sprinter due to air conditioner issues, this is still a preferred model year in the eyes of consumers for several reasons, including price and handling. When the 2002 Sprinter came out itwas only the second year the model was available in the US. This particular model was manufactured in Dusseldorf, Germany, then taken apart and sent to Gaffney, South Carolina; it was there that they were put back to gether again. This applied to the cargo van version alone; and it was only done due to the ‘Chicken tax’, which taxed imports that came in one piece. Passenger versions were not subject to this. Anyway, it was still pretty new to the US people, and they scrambled after the Sprinter especially hard the second year. It is a favorite amongst Sprinter fans. 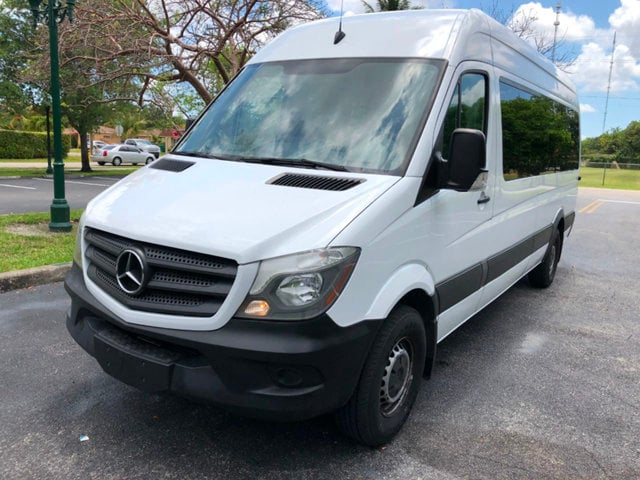 This 12-seat diesel passenger van actually ran off an inline-4, had rear-wheel-drive, and had a seven-speed tranny that was a shiftable automatic. It also came equipped with Bluetooth and heated seats, as well as many other amenities. This is chosen as one of the best for its innovation in passenger vehicles. Not only did it seat many people, which made it great for event traveling or large families, but it also drove wonderfully, and being diesel seemed to make it even more appealing to the public. The MSRP was $40, 745, but the invoice price was a mere $37, 893. The 2500s seem to have it! This year they happened to make crew and passenger vans, in addition to the cargo vans. The vehicle offered 161 ponies and had a 4-cylinder diesel engine coupled with a 7-speed automatic in it. The turbodiesel was also an option, and it had a V6 that put out 188 horses and had a 5-speed automatic transmission. Inside and out, this was a very nice van, no matter what version you got. This year’s Sprinter went through many updates, which Mercedes was compelled to do thanks to the competitions’ release of other similar vehicles. Since it was brought to the US it had pretty much remained the same overall, barring a few minor aesthetic changes and the like. They did add the 4.4 liter turbocharged engine at this point, which really seemed to draw a crowd. It gave 161 hp and 266 lb.-ft. of torque. The engine did well, surprisingly enough. Mercedes also boasted a new, updated interior as well this year. 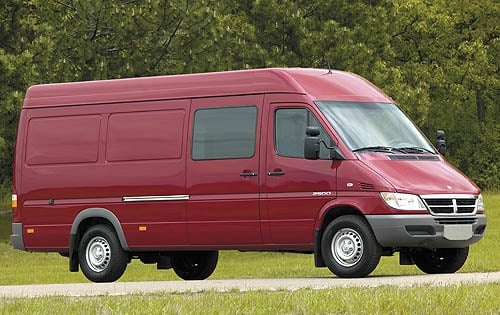 In America this year’s version would have been branded a Dodge, but like we said, it was a Mercedes-made product. It doesn’t matter, because anywhere it was in the world, it seemed to be going strong. Americans jumped on it when it came out for them for the first time, and around the world they were familiar with it, and they bought it because they knew it. But it was go good van, and it went like hotcakes in the States. A poll conducted by Sprinter Source showed that, according to the masses, this was the best Sprinter of all (it took 39.27% of the vote), and since it is the masses saying so, we went with it.

So, there you have them…the ten best, mostly picked due to public opinion, reviews, and pricing. The Sprinter van is still popular today, not only among businesses, but also among those in the private public realm, and that applies to the passenger van especially. With the model maintaining its popularity, and the pending release of the 2020 version, Mercedes can likely count on more of a run for this semi-luxury cargo van, which almost seems like a contradiction in terms. Oh, well. It is a good van, and the prices for any of them are reasonable. If you’’re thinking of buying one, we hope this helped. So get up and get moving, and tell them we sent you!