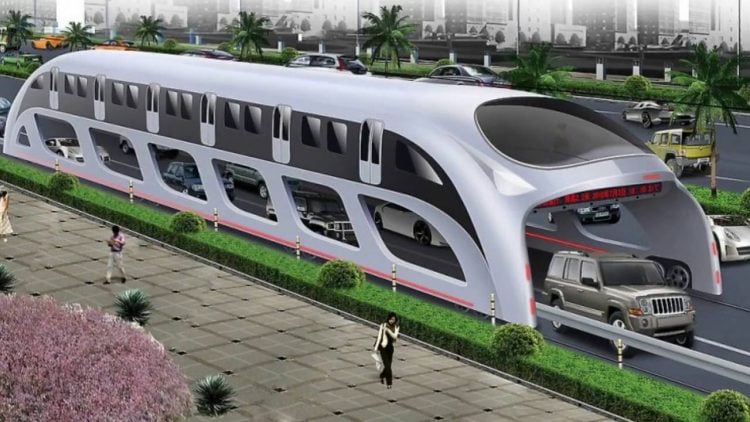 The biggest Chinese cities tend to have a serious problem with traffic jams. (1) In part, this is because the biggest Chinese cities tend to be centuries old, meaning that their infrastructure was never meant to accommodate either their current populations or their current mode of travel. However, it should also be noted that the sheer number of Chinese drivers combined with their relative inexperience compared to their counterparts in developed countries have resulted in a higher number of car accidents, thus contributing to the problem.

Naturally, traffic jams create a host of problems for the Chinese. For example, the time spent being stuck in traffic is time that could have been put to much better uses, meaning that traffic jams are not just aggravating but also enormous losses of productivity. Furthermore, traffic jams contribute to the problem of pollution, which tends to come with healthcare costs as well as even more loss of productivity from people who are impaired by their medical conditions. As a result, it should come as no surprise to learn that the Chinese are putting serious resources into coming up with potential solutions, with one example being a bus of the future that can drive over traffic jams.

How Will the Proposed Bus of the Future Solve Traffic Problems in China?

Despite being called a Transit Explore Bus (TEB), it resembles a train more than a bus in the sense that it will be set on a pair of legs running on rails built right into the road. (2) It is expected to be able to reach speeds of 60km per hour, which is not particularly impressive compared to some of the public transportation systems that exist out there but more than sufficient for use within cities rather than between them. More importantly, the bus’s legs will enable it to drive over vehicles with a height of less than 2 meters, much as how vehicles with a height of less 2 meters will be able to drive beneath it while it is stopped. Something that should come as a welcome surprise to those who have experienced any traffic jam, never mind the ones in the biggest Chinese cities that were so big that they were reported all around the world.

Naturally, the use of these buses will need new infrastructure to be built. After all, it needs the rails to be built right into the roads as well as elevated platforms so that passengers can enter and exit them through their roofs. However, the people behind the project have claimed that it will be an efficient and effective solution in spite of this obstacle. For example, they claim that each bus will be able to carry more than a 1,000 passengers at a time while costing about 20 percent of an underground train. Furthermore, they claim that the supporting infrastructure is relatively simple, so much so that these buses can start seeing use in a single year’s time. Best of all, these buses will not be powered using a petroleum product but solar and wind, meaning that they are meant to be as beneficial for the environment as they are beneficial for their passengers. Something that serves as an excellent example of forward thinking.

At the moment, the TEB is limited to the model. However, more practical information on its usage will come in soon since a prototype is planned for the coastal city of Qinhuangdao in the summer of 2016. Should its prototype prove to be a success, it seems probable that other systems will start springing up in cities throughout China, particularly since its debut at the 19th China Beijing International High-Tech Expo seems to have found a receptive audience in Chinese consumers with firsthand experience of Chinese traffic jams.

Once these buses start seeing use in Chinese cities, it seems likely that they will start seeing use in other countries as well. After all, a large number of people crammed into a relatively small amount of space is something that can be found throughout the world, meaning that traffic jams can be found throughout the world as well. Fortunately, the TEB already looks like something out of science fiction, meaning that it is well-suited to its role as the bus of the future.