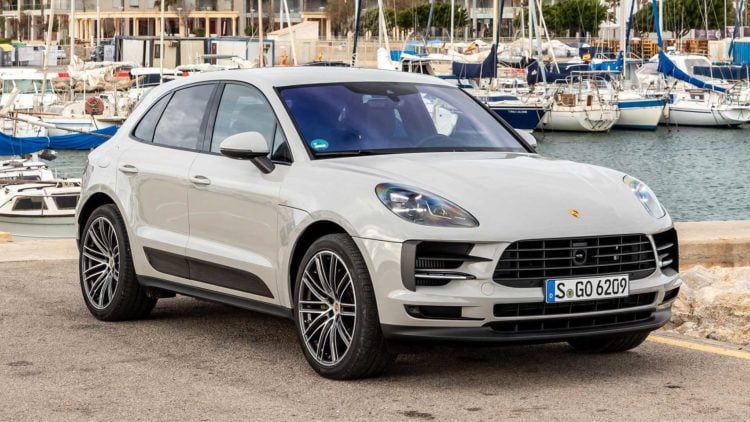 The SUV market is booming and there are a lot of different reasons why drivers are moving towards this platform for their everyday vehicle. They’re ideal for families and while some drivers have a greater interest in luxury, others demand a rugged vehicle that is as at home off of the road as it is on it. Whatever your preference, there’s an SUV out there that is made with your needs in mind, but one feature that stands as a determining factor when it comes time to cease the browsing and make the purchase is reliability. We’ve put together a listing of the top 20 most reliable SUVs for 2019 for your consideration. 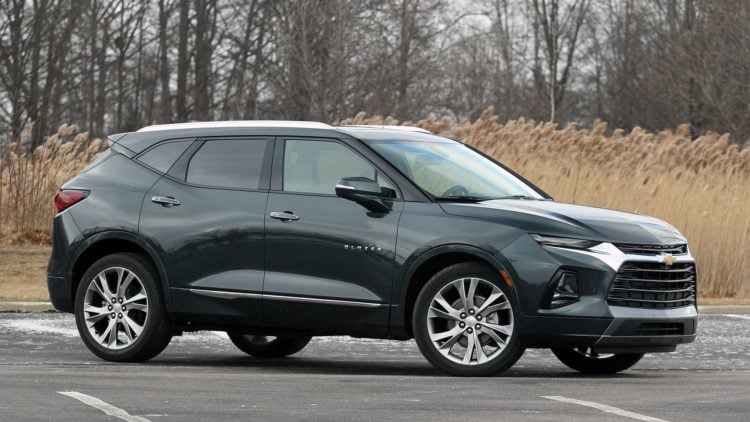 The 2019 Blazer is number 20 on our list of the most reliable SUVs for the model year. This vehicle was given a 3.5 out of 5 for reliability by JD Power consumer reports and KBB gives it a 5 out of 5 for overall performance. Critics rank it with a 7.9 out of 10 for safety and performance with a 7.6 for interior. It’s number 16 of all midsize SUVs overall. The 2019 BMW X2 gets a KBB score of 5 out of 5, but not all consumer ratings give it that high of a score. Although it’s an attractive small sized SUV, it gets a score of 6. out of 10 for comfort, with average marks for interior, utility and technology. It’s fun to drive and it gets an overall Edmunds score of 7.2 out of 10. Drivers remark that it has great cargo space for a small family and that it’s high on reliability. 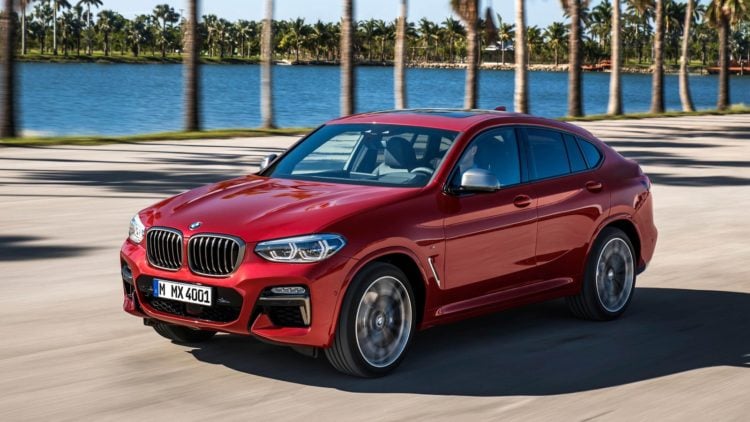 The X4 is a highly rated SUV by KBB and what they like most about it is that it is not only fun to drive, but it is also exceptionally stylish. The handling, acceleration and cargo space all get high marks and it’s among the safest SUVs because of the visual cues which are comparable to a sedan. It gets 25 mpg for combined driving and the reliability is average, landing it an the eighteenth most reliable SUV or 2019 on our list. The 2019 edition of the Audi Q8 is not without its issues, but when it comes to overall reliability, it still gets good marks, with one caveat. There has been a recall for the front shock absorber in February of 2019. This has the potential to impair the steering of the vehicle and increase the risk of having an accident. The problem has been identified and Audi is making good on the issue. After having your vehicle thoroughly inspected and replacement parts installed, the safety and reliability rating goes up to high. Aside from this issue on some vehicles, KBB gives it a high 5 out of 5 overall rating. Mazda’s CX-5 received a 3 overall for reliability, according to JD Power consumer reports, but it landed so high in other areas that it was named the #1 in three classes including Crossover SUVs, SUVs with 2 row seating and in the Compact SUV category. it gets an overall rating of 8.8, but we had to list it as #16 because of its slightly above average reliability rating. Critics give it a 9.3 out of 10 with high marks for safety, performance, and interior. 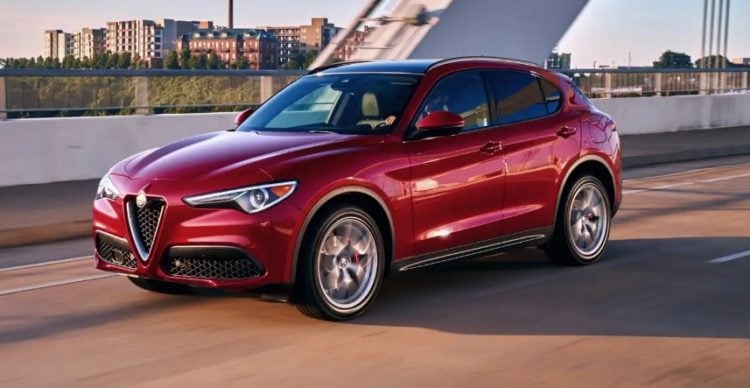 The 2019 Alfa Romeo Stelvio SUV was given a 4 out of for reliability, which is an above average rating. Eighty three percent of drivers would recommend this car to others as it gets stellar ranking or performance, and high marks for exterior styling interior design and for performance. it’s considered to be a decent value for the money considering what you get in the deal, but it’s still one of the higher priced SUVs on the market today with an overall score of 4.3 out of 5. The Levante is a sophisticated and classy SUV from an aesthetics perspective, and it doesn’t go heavy on the Maserati sport theme, although it’s DNA is present. The 2019 Levante has received ratings all over the board, depending on what is important in an SUV to the individual. While KBB gives it a out of 5, Road and Track has found a few things about it that could be improved, such as the anonymous rear end, but it’s one of the higher priced vehicles and for the high price tag you get incredible safety features such as adaptive cruise control, hands on active steering assist and more. The electric setup is excellent and it’s one of the more reveled SUVs on the road today, if you’re looking for a luxury vehicle. It’s stylish, powerful and the reliability is above average. The 2019 Audi Q5 slipped just a little in overall ratings from 2018 to the current model year, but one of the areas where it didn’t lose ground is in the reliability. It’s highly ranked as one of the most reliable crossover vehicles for 2019. This SUV came in with higher rankings than the competition offered by Mercedes-Benz and BMW with regard to its reliability. 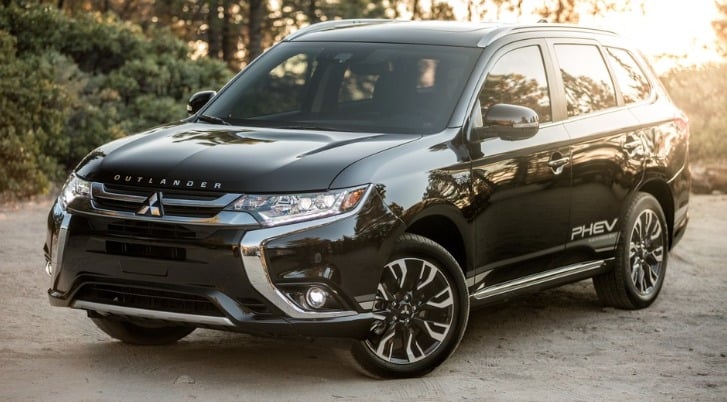 The Mitsubishi Outlander came in with a 73 percent out of 100 for reliability, which is just one percent higher than the 2019 Audi Q5, but it was enough to move it up a notch on our top 20 list. While it didn’t get an honorable mention from the highly desired Consumer Reports group, there is enough evidence to confirm that it’s one of the better SUVs on the market for 2019. The 2019 Kia Sorento scored high with a reliability rating of a whopping 77 percent, which by comparison beats out most of the top competitors in this important score card category. The quality continues to increase with Kia branded vehicles and the Sorento is not only highly reliable, but it was also listed in the awards lineup for top safety picks for the 2019 model year.

The 2019 4Runner is in the top 10 position for the most reliable SUVs in the United States market. The 4 Runner has shown consistently high ratings for reliability since its inception. While it doesn’t take the top spot or advanced safety equipment or the performance of its new transmission, the reliability score is an overall 78 percent which puts it in tenth place. 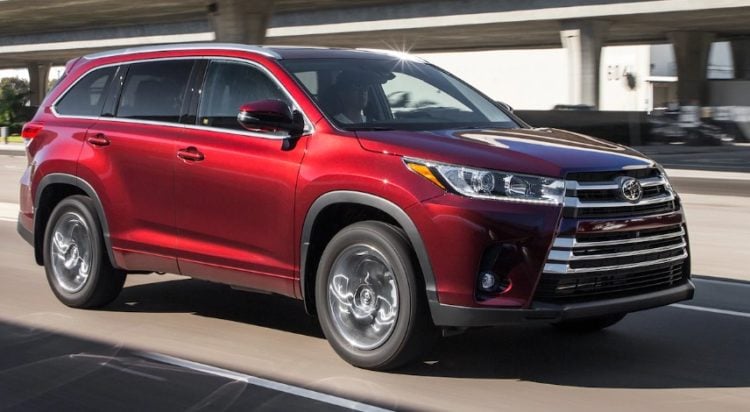 The 2019 Toyota Highlander moved ahead of the 4Runner by two percentage points on its reliability score with an 81 percent. This vehicle is known for nearly flawless operations and it’s been that way since 2016 when the small problems with the infotainment system were addressed. The consumer reports surveys ranked this vehicle among the highest of the decade from JD Power consumer reports. The 2019 Subaru Crosstrek is in the second year of its new redesign. This vehicle received an overhaul in 2018 and it has made all the difference in moving the Crosstrek up in safety and reliability ratings. it’s a fun subcompact vehicle to drive, an there is just enough cargo space or a small family to get along famously. Although it gets an average rating for the in-car electronics systems, it received a very high 84 percent in reliability or subcompact SUVs, moving it firmly into the eight position in our top 20 most reliable SUVs for 2019 overall. The 2019 lexus NX300 is one of the highest ranked SUVs in terms of reliability. It joins the lineup of Toyota vehicles that appear on this list and it’s for a very good reason. Lexus is Toyota’s luxury brand and their ultimate goal in design is to achieve perfection in all possible parameters, reliability included. The Lexus NX300 has consistently ranked his in consumer as well as expert ratings in the SUV classification of vehicles since 2016 and it is carrying on that tradition with its 2019 model. The NX300 is a crossover vehicle that has been rated at an 88 percent out of 100 for reliability. The 2019 Toyota RAV4 has forged ahead of some of the most reliable SUVs for the 2019 model year to land in sixth place. It has achieved a top score of 90 percent out of 100 in terms of reliability. This vehicle is not only reliable, it was also chosen to be one of the best n terms of safety rating along with solid fuel economy. This is nothing new for the RAV4 though, it’s been a contender for the top spot since 2015, after a few complaints were registered with the 2014 model. This SUV is the premium version of the Toyota 4Runner and it came through with a rating of 9 percent for reliability, putting it in the top five of the most reliable SUVs for 2019. This SUV runs on a truck platform and although it hasn’t received a redesign in nearly ten years, it hasn’t really needed one. This is one of the most highly rated luxury SUVs in overall scores for reliability, performance, interior an safety. The 2019 Ford Expedition received an overall rating of #2 in SUVs for 2019. Edmunds gives it a rating of 7 out of 7 for a 77 percent, but we couldn’t see moving it down on our list because of the other fantastic features that consumers are so fond of in the vehicle. It was a close call but what pushed the Expedition up over the top was the addition of the new Stealth Edition package along with accolades for the comfortable front seats, the huge interior with ample cargo space and passenger room, fast acceleration with the V6 engine and its amazing towing capacity. Reviews for the 2019 Lincoln Navigator place this in the top five SUVs for those who love the massive full sized models in high end luxury editions. Luxury and space are the hallmarks of the new Navigator, but he reliability score is also high for the mega sized luxury SUV. It’s loaded with power and the Lincoln brand has a well-established reputation for reliability and consistency, not to mention the well deserved prestige associated with the name. The reviews were generally high for the 2019 Cadillac Escalade. If you go strictly by the cars.com reviews, it gets a perfect 5 out of 5 for exterior styling, performance, interior design, comfort and reliability. It’s also rated as an excellent value for the money. We took it down a notch for the US News report that ranked it with an overall score of #8 in SUVs of its class. The Porsche Macan, 2019 model received a 5 out of 5 for a perfect reliability score from JD Power surveys. According to the U.S. News & World Report scorecard, critics give it ratings of 7.8 for interior, 9,2 for performance and an overall rating of 9.2. This vehicle is also ranked as the number one in three categories including Luxury Compact SUVs, Luxury SUVs with 2 Rows and Luxury Crossover SUVs. This is our pick for the number one most reliable SUV on the market today.