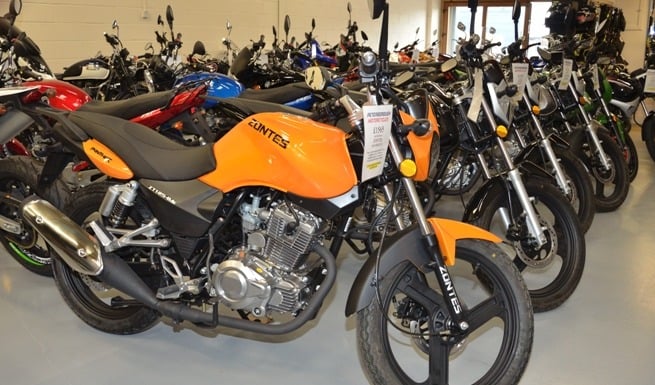 Some people might be concerned about the quality of Chinese-made motorcycles. After all, Chinese-made products don’t have the best reputation in foreign countries, as shown by the numerous jokes based on their supposed inferiority. However, interested individuals need to remember that Chinese businesses make a wide range of products, including some of the most high-value gadgets that can be found out there. As a result, motorcycle enthusiasts should pay some attention to Chinese motorcycles, not least because Chinese motorcycle manufacturers are pouring a huge amount of resources into making sure that their products will be better and better.

Here are five of the best Chinese-made motorcycles that can be found out there: Nominally, Benelli is an Italian motorcycle manufacturer. In practice, well, suffice to say that Benelli is now owned by a Chinese motorcycle manufacturer called Group Qianjiang, which specializes in the manufacturing of two-wheeler motor vehicles. On top of that, it should be mentioned that the Benelli Leoncino was actually developed in China, meaning that while it incorporates a fair amount of Italian influence, it can be argued that it is a Chinese motorcycle in truth. Regardless, it combines a 500cc parallel twin engine with a chassis that screams modern scrambler to produce something rather interesting. The CFMoto 650NK is a variation on the CFMoto 650 TK, meaning that it shares its upside of being a lightweight vehicle with a fair amount of power to it. However, there are those who prefer the CFMoto 650NK because of its striped-down appearance, which provides it with more of a flair compared to its stodgier counterpart. In fact, the CFMoto 650NK can actually be found in a number of countries out there under different names, with an excellent example being WK Bikes over in the United Kingdom. Chang Jiang is a Chinese motorcycle brand named for the Chinese river of the same name, which might be better-known to people in the English-speaking world as either the Yangtze or the Long River. Regardless, Chang Jiang is interesting in that it specializes in making replicas of old motorcycles with iconic status in its main market. For instance, the Chang Jiang 650 is a replica of a rather well-known Ural machine. However, its engine has since been updated to something much more modern because of emissions regulation, making it an interesting choice for people who want something retro. Appearance-wise, the Sur-Ron White Ghost seems like something out of a sci-fi video game, which can appeal to those who like that kind of look. However, its primary selling point is the fact that it is an electric motorcycle. Something that should come as welcome news to those seeking to reduce their carbon footprint. With that said, there is a trade-off in that the Sur-Ron White Ghost is limited to going 60 miles per hour, though it will be interesting to see what kind of improvements will be introduced in that regard in the time to come. Zongshen is named for its founder Zuo Zongshen, who grew up in less than ideal circumstances. In spite of his humble beginnings, Zongshen is now one of the biggest motorcycle manufacturers in the whole of China, which claims an annual production number of one million motorcycles. Something that if true, speaks volumes about the demand for its products. With that said, the Zongshen RX4 is an adventure bike that is accessible even for people who are just getting started with their motorcycles. meaning that it might be interesting to a lot of people out there who are looking to travel while seated on a motorcycle of their choice.