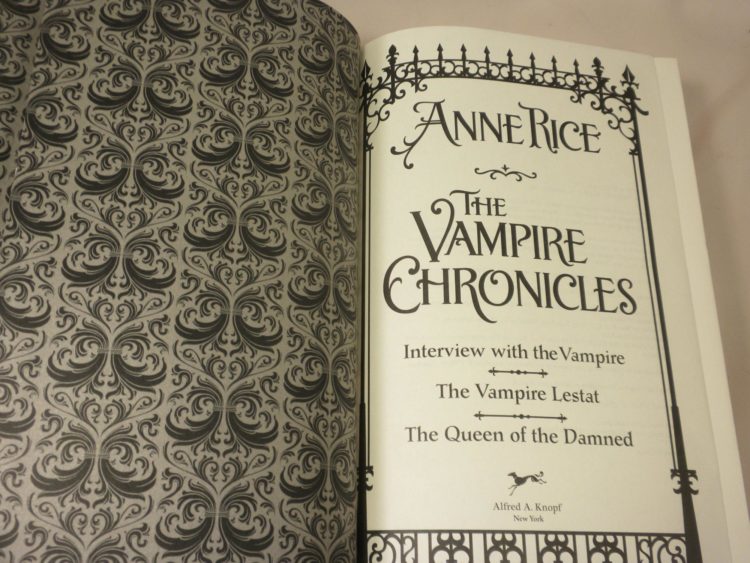 The bible may be the best-selling book of all time (current estimates suggest it’s sold over 5 billion copies worldwide), but it’s got some serious competition on its hands from the world of fantasy literature. Here, we take a look at the 20 bestselling fantasy books of all time. Just a note before we get started: in the interests of not turning the entire top ten over to a certain boy wizard, we’ve clumped any titles that feature as part of a franchise together. We’ve also excluded certain books that may have amassed huge sales over the years, but don’t come with any firm sales figures… Lewis Carroll’s Alice in Wonderland is a case in point). First up we have the Shannara series by Terry Brooks. Given the number of books in the series (11 all told, consisting of Word & Void, Genesis of Shannara, Legends of Shannara, Paladins of Shannara, The Original Shannara Trilogy, Heritage of Shannara, Voyage of the Jerle Shannara, High Druid of Shannara, The Dark Legacy of Shannara, The Defenders of Shannara and The Fall of Shannara), it’s little wonder the franchise has pulled in around 21 million in sales worldwide. In tribute to the success of the novels, MTV aired a TV adaptation of Brook’s work between 2016 and 2017; unfortunately for the network, the series didn’t prove quite so popular as the books, and the show was pulled after just two seasons. The Artemis Fowl series of novels by Eoin Colfer got its first release in 2001. Since then, Colfer has released 7 more additions to the series, including The Arctic Incident, The Eternity Code, The Opal Deception, The Lost Colony, The Time Paradox, The Atlantis Complex, and the final book in the series, The Last Guardian. The franchise has proved massively successful, generating sales of around 21 million copies worldwide and spawning a film adaptation (currently set for release in May 2020) directed by Kenneth Branagh and featuring the likes of Judi Dench, Hong Chau, Josh Gad, and Miranda Raison in starring roles. 18. Charlie and the Chocolate Factory by Roald Dahl – 22 million copies

What would a best-selling fantasy list (or indeed, any list) be without at least one mention of one of the UK’s most beloved writers, Roald Dahl? Dahl’s substantial body of work has been keeping children (and probably a fair few adults) entertained for years. Of the many books he released, Charlie and the Chocolate Factory is undoubtedly one of the greatest, combining warm sentiment and wicked humor with Dahl’s legendary love for the macabre. Although several film adaptations of Charlie’s adventures have been made, it’s to the book we keep returning… to the tune of 22 million sales to date. 17. The Sword of Truth series by Terry Goodkind – 25 million copies

Terry Goodkind’s series of twenty-one novels, The Sword of Truth, plunges us into an epic fight of good versus evil as it introduces us to the adventures of protagonists, Richard Cypher, Kahlan Amnell, Nicci, Cara, and Zeddicus Zu’l Zorander. The series, which began in 1994 with Wizard’s First Rule, has sold around 25 million books worldwide and spawned a television series adaptation (2008’s Legend of the Seeker) in the process. With around 25 million worldwide sales to date, there’s no denying how much we love time-traveling nurse, Claire Randall, and her dashing 18th-century paramour, Scottish warrior Jamie Fraser. In addition to their starring role in the 9 novels published as part of the franchise, Claire and her associates have appeared in 4 additional novella’s (A Leaf on the Wind of All Hallows (2010), The Space Between (2013), Virgins (2013), and A Fugitive Green (2017)) as well as a graphic novel, numerous audiobooks, a TV series, and even a musical album (2010’s Outlander: The Musical). 15. The Wind in the Willows by Kenneth Grahame – 25 million copies

Everyone’s favorite children’s bedtime story, The Wind in the Willows, has sold 25 million copies since it was first published all the way back in June 1908. Telling the story of Mole, Rat, Toad, and Badger, Grahame’s masterpiece combines a whimsical tale with underlying themes of morality, mysticism, and camaraderie….and judging from the sales, it’s a combination we never get tired off.

Stephen King is considered by many to be the reigning king of fantasy, and with 30 million sales of The Dark Tower under his belt, it’s easy to see why. Consisting of 8 full-length books and 1 short story, the franchise incorporates elements of horror, western, sci-fi, and dark fantasy to create a world of mystery, intrigue, and adventure. Those who can’t get enough of King’s fantastical creation may be tempted to check out the 2017 film adaptation of the same name, but with most critics blasting the production as dull and disappointing, you might want to stick with the original instead. With 33 million copies of The Inheritance Cycle sold worldwide, it’s easy to see why more and more authors are following Christopher Paolini’s example and trying their luck with young adult fantasy novels. Since its first release in 2002, the franchise has achieved massive popularity with teenagers… critics, on the other hand, have never been truly convinced, and have usually greeted new additions to the series with, at best, a lukewarm response. Given the amount he’s pulling in with sales, we doubt Paolini is losing to much sleep over it. Another entry on our list from the genre of teenage fiction is Cassandra Clare’s The Shadowhunter Chronicles. With 12 novels published to the franchise and 36 million copies sold worldwide, Clare is living proof of the benefits to be had from tapping into the growing market for young adult fiction. At number 11 we have Watership Down, one of the most enduringly popular books to ever be published. The classic tale of survival and adventure has inspired a love of reading in millions of children the world over, sparked numerous TV, theatre and film adaptations, and even had a role-playing game named in its honor. George R. R. Martin’s series A Song of Ice and Fire is estimated to have sold a staggering 60 million copies worldwide- a figure no doubt helped by the suspense he creates by taking his time in between releases. The first in the franchise, A Game of Thrones (sound familiar?), was published in 1996; A Clash of Kings followed in 1998, while the third installment, A Storm of Swords, was released in 2000. Fans had to wait until 2005 to read the fourth installment, A Feast For Crows, and another 6 years for A Dance With Dragons. The fifth and sixth installments (The Winds of Winter and A Dream Of Spring) are still pending. Until his death in 2015, Terry Pratchett was one of the most prolific writers of fantasy literature in the world. The first release in the Discworld series, The Color of Magic, was published all the way back in 1983: 36 years later, it remains as popular as ever. Consisting of a mammoth 41 titles, the franchise is estimated to have sold over 70 million copies worldwide.

8. The Wheel of Time by Robert Jordan and Brandon Sanderson – 80 million copies

With over 80 million copies sold so far, The Wheel of Time is one of the most popular collections of fantasy novels of all time. The original creator, Robert Jordan, died in 2007 but left enough material for Brandon Sanderson to step in and round off the series with three further novels (The Gathering Storm (2009), Towers of Midnight (2010), and A Memory of Light (2013)). Diehard fans of the series will be pleased to know a TV adaptation has been commissioned and is due to hit our screens later this year. Anne Rice’s The Vampire Chronicles has enjoyed huge success as a series of novels, a film (who can forget the atrocious miscasting of Tom Cruise as French nobleman-slash-vampire, Lestat De Lioncourt?) and a TV series. With over 80 million copies sold to date, it’s doubtful Rice will be giving up on this cash cow anytime soon. The novels that made the careers of Robert Pattinson and Kristin Stewart have enjoyed enormous popularity and critical acclaim around the world won multiple awards and given writer Stephenie Meyer a personal fortune estimated by Celebrity Net Worth to be around $125 million. The series that inspired millions of children to wander aimlessly around in wardrobes is next up on our list. With its overtones of religion and morality, it may not sound a natural crowd-pleaser, but CS Lewis’ skillful mastery of the English language and delightful imagination makes this one collection you don’t want to miss.

Antoine de Saint-Exupéry’s most famous work, The Little Prince, gets extra credit as one of the few stand-alone additions to our list. Despite not having a huge franchise behind it, Saint-Exupéry’s masterful blend of fantasy, philosophy, and magical realism has still managed to shift over 140 million copies worldwide. For over 70 years before Peter Jackson breathed cinematic life into the world of Bilbo Baggins, Gandalf, et al, Tolkien was doing a pretty good job of generating interest in Middle-Earth all by himself. With its stories of battles, adventures, dwarfs, wizards, dragons, and elves, The Hobbit checks off every item you’d expect to find in an epic fantasy novel… and the results speak for themselves. Today, Tolkien’s masterpiece has sold in the region of 142 million copies worldwide. The film adaptation, meanwhile, has become one of the highest-grossing film series of all time, pulling in $1,021,103,568 in worldwide gross. Just pipping its prequel to the post is another entry from Hobbit creator J. R. R. Tolkien, The Lord of the Rings. The epic high fantasy novel began life as a simple sequel to Tolkien’s earlier work but grew into something much larger, much lengthier, and just a little more popular (at least if its sales of 150 million-plus are anything to go by). The trilogy plunges us back into the world of Middle-Earth, resurrecting our old friend Bilbo Baggins and introducing us to some new faces along the way (some friendly, some, quite frankly, the stuff of nightmares). The impact of Tolkien’s work can’t be underestimated: in addition to inspiring some of the biggest and most successful film adaptations the world has ever seen, his masterful approach to fantasy has seen the words “Tolkienian” and “Tolkienesque” make their way into the Oxford English Dictionary. Who else could top our list than J.K. Rowling’s speccy protagonist, Harry Potter? With more than 500 million copies sold worldwide, Rowling’s creation doesn’t just top the best-selling fantasy list, it tops them all. The first novel in the series, Harry Potter and the Philosopher’s Stone, has sold over 120 million copies alone, while its successors (The Chamber of Secrets (1998), The Prisoner of Azkaban (1999), The Goblet of Fire (2000), The Order of the Phoenix (2003), The Half-Blood Prince (2005), The Deathly Hallows (2007)) have all broken the records as the fastest-selling books of all time. The films adaptations of the novels have achieved similar success, with all 8 releases securing massive sales at the box office. The final installment in the series, Harry Potter and the Deathly Hallows – Part 2, ranks as the 11th highest-grossing film of all time.

20 Things You Didn’t Know About ShareChat