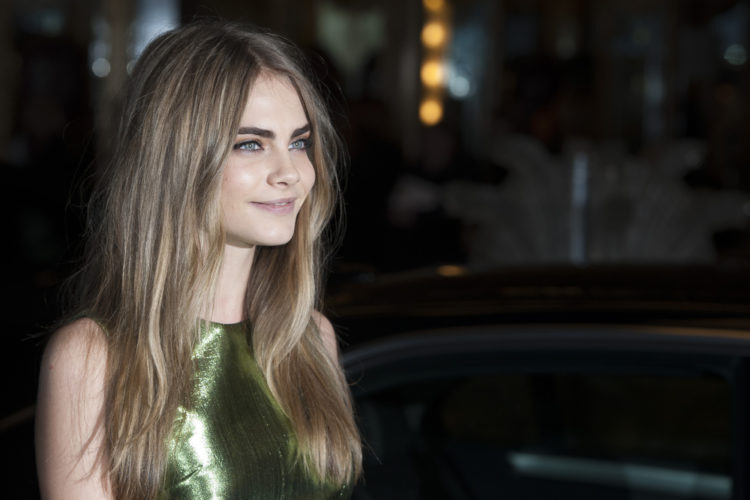 When Cara Delevingne was young, she wanted to become a therapist or child psychologist. She had gone through so much, including depression and suicidal thoughts, that she became interested in helping people relate with each other. However, once she tasted the thrill that comes with acting, she changed her mind. The actress wanted to tell stories that brought people together. Although it took years before finally fulfilling her childhood ambitions, Cara Delevingne’s net worth still rose, thanks to modeling for luxury fashion houses. Let’s delve into how the model-turned-actress achieved a net worth of $28 million.

Delevingne has opened up about how she had to parent her parents. Despite being born into a wealthy family, the model learned the hard way that money could not buy happiness. Her mother, Pandora, was a heroin addict whose father, Sir Jocelyn Stevens, blamed the habit on the strain of living with a brain-damaged brother. According to The Sun, Pandora’s mother, Janie Sheffield, was a lady-in-waiting to Princess Margaret. Therefore, Pandora was used to the upper-class lifestyle. Pandora herself is a personal shopper at Selfridges, and Kate Middleton seeks her fashion advice. Sir Stevens, the grandson of a baronet and a newspaper magnate, used his resources to try and tame his daughter’s drug addiction. Unfortunately, his efforts failed. As Delevingne told Vogue, her mother’s addiction shaped her childhood. While her sisters excelled in school, the model lagged because of dyspraxia, which makes coordinating thoughts and movements difficult; therefore, writing and exams were challenging. She barely spent enough time with her mother, and it sent her into depression at 15. The model hated herself so much that she inflicted harm on herself; she would go as far as trying to knock herself out by slamming her head into a tree. She also scratched so much that she bled. The actress was suicidal and confessed that with or without the psychotropic drugs, she was in a poor mental state. Not even the therapists she saw helped her, and Delevingne figured that the only way she could feel alive once again was through acting. The model was sent to Bedales School, where she joined drama and music clubs. However, she reasoned that she had to finish high school first to be an actress. So, she decided to follow in her sister’s footsteps and become a model.

According to Business of Fashion, Delevingne had already been modeling since the age of 10 when she starred in a Bruce Weber editorial photoshoot for Vogue Italia. She also was in a Cadbury chocolate campaign in Britain before Sara Doukas signed her to Storm Model Management when the model was 15. This success could have motivated the model to drop out of Bedales School to search for a modeling job. She thought it would be easy to find employment, but Delevingne stayed for an entire year without landing a paying job. While working part-time at Asos, a fashion website, Christopher Bailey spotted her and cast her in the Burberry Spring 2011 campaign. Delevingne became the constant cast member in Burberry’s campaigns. In 2018 when Bailey was bowing out and handing over the reins to Riccardo Tisci, the model closed the runway show. Since runway models can make at least $20,000 in a single show, it is safe to say that Delevingne had accumulated a lucrative sum by the time Bailey retired. In 2016, Chanel unveiled Delevingne as the face of their SS16 eyewear collection after being cast in 15 of the brand’s runway shows. In 2017, she was among the models featured in the brand’s campaign for the latest handbag collection. Strange enough, the model had announced that she had quit modeling for good in 2015, but still, Chanel managed to entice her barely a year later. Maybe it is for this reason Chanel described her as a good friend of the brand. Still, Delevingne is among the top-rated models. If Bella Hadid earned $8.5 million in 2018, most likely, the English model pocketed a similar amount every year she was on the runway.

Delevingne left modeling because she said everything was rotting, including her morals. The model disclosed that she sold herself because she wanted to belong. She began pursuing her dream of becoming an actress in 2012 when she played Princess Sorokina in “Anne Karenina.” Unfortunately for the actress, it was not an easy transition from her modeling career. According to Mirror, she always tried looking sexy on camera even when shooting the film, and the director had to remind her constantly to drop her modeling techniques. Unlike in acting, where she had to forget the cameras, Delevingne had become used to staring at the camera.

She almost gave up on her acting ambitions because everyone told her she was better as a model. She could not even find an agent, but in 2014, her luck changed when William Morris Endeavour signed her. The roles still were hard to come by, and it took the advice of Rihanna to keep the model hanging on to the hope of one day becoming a successful actress. By 2019, she was defying the very agents she had struggled to find by doing stunts that hurt her when filming “Carnival Row.” As the lead, the salary must have been worthwhile, and considering the other small parts she had been cast in, Delevingne was smiling all the way to the bank. More money could be coming her way now that she has also established herself as a writer. She told Elle that she has always had a great connection with teenagers since she started using social media. Through her book “Mirror, Mirror,” the actress figured she could be there for teenagers by recounting her own experience. Authoring is an unexpected turn because even though she did creative writing while in school, she never enjoyed it.