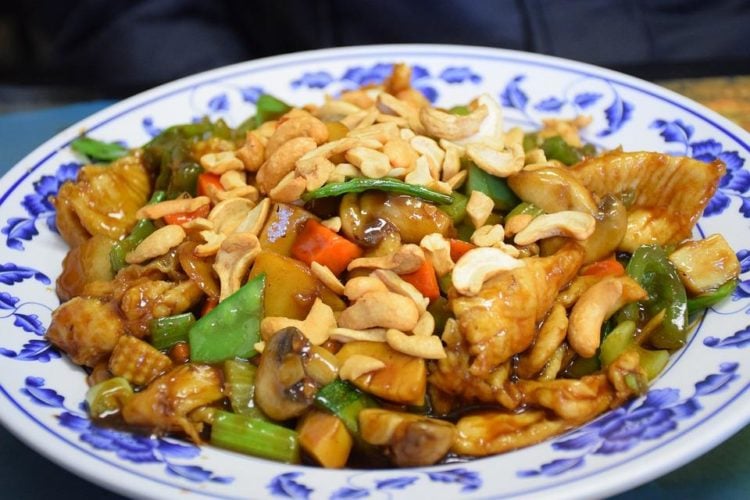 Like a lot of cuisines, Chinese cuisine is much more complicated than it sounds on initial consideration. After all, different parts of China have different cuisines. Never mind the additional possibilities created by the Chinese diaspora situated in countries all around the world. Here are 20 facts that you may or may not have known about Chinese food:

Chinese cuisine has benefited a great deal from foreign influences over the course of millennia. This is because said interaction introduced it to new recipes, new ingredients, and new ways of cooking, which made for more and more possibilities in Chinese cuisine.

2. Familiar Elements Had to Be Invented

As a result, it should be clear that Chinese cuisine has seen a lot of change over time, so much so that even some of the most familiar elements had to be invented before seeing widespread use. For example, chopsticks are believed to have come into existence for use in cooking rather than eating. However, they began seeing more and more use for eating during the Han Dynasty from 206 BC to 220 AD, though the practice wasn’t ubiquitous in China until the Ming Dynasty from 1368 to 1644.

3. Foreign Nature of Some Ingredients Preserved in Characters

There are some ingredients that come from elsewhere but have managed to become cornerstones of Chinese cuisine. Some examples include but are not limited to cucumbers, onions, and sesame. However, it is interesting to note that the foreign nature of some of these ingredients can still be seen in the characters used to write them in the Chinese language, which retain radicals that mean “foreign.”

As far back as the Han Dynasty, there were people seeking to categorize Chinese cuisine because there were already important differences in how people from different parts of the Chinese Empire prepared their food. Unfortunately, these earliest efforts were very challenging, not least because internal political boundaries by no means perfect matches for ever-changing cultural identities. As a result, while these earliest efforts can provide interested individuals with a fair amount of insight into how the ancients viewed the world, they are not exactly what anyone would consider to be perfect systems. With that said, it would be an exaggeration to say that they were totally worthless, particularly since some of the broad strokes still retain a considerable measure of truth in the present day.

6. The Invention of Agriculture Is Credited to Shennong

In Chinese mythology, the invention of agriculture is credited to a prehistoric sage-king called Shennong, whose name can be translated to something along the lines of “Divine Farmer.” He is believed to have invented farming tools such as the hoe and the plow before teaching his people how to use them. Moreover, he is believed to have pioneered the use of herbs for treating illnesses, which was made possible by him testing their effects on himself. Amusingly, the Five Grains that Shennong was said to have taught humans to cultivate saw significant differences over the course of centuries, which is something that ancient Chinese scholars recognized as the result of some crops not having been cultivated until later times.

Like most ancient cultures, the ancient Chinese were very interested in food preservation methods. After all, if food couldn’t be stored for the long run, agricultural civilizations would be in serious trouble within no more than a very short period of time. Some examples of ancient Chinese food preservation methods ranged from preserving meat by drying it until it had turned into jerky to roasting grain to enable it to be stored for longer than otherwise possible.

8. Took In a Lot of Nomadic Influences

Chinese civilization has been interacting with nomadic neighbors for a very long time. As a result, it should come as no surprise to learn that Chinese cuisine has incorporated a fair amount of nomadic influences. For example, the Chinese people were introduced to mutton because of nomadic cultures. Likewise, the Chinese people were introduced to dairy products via the same source, though there is evidence to suggest that they weren’t particularly popular until relatively recent times. After all, China has very high rates of lactose intolerance, which is actually the default for adults.

Sugar was very prized in pre-modern times. In the case of the Chinese, they produced sugar by extracting it from sugar cane, which is still grown in a wide range of places for making sugar as well as related products. With that said, the cultivation of sugar cane in China is believed to have started up under the Tang Dynasty from 618 to 907, which was made possible by an Indian envoy who had brought a couple of experienced sugar makers with him.

Speaking of which, the Tang Dynasty saw other advancements in food preparation as well. For example, while tea was already seeing use in earlier periods, it exploded in popularity during this time, so much so that the Confucian gentry started writing poems about drinking tea as well as full-fledged treatises on the best ways to prepare tea. Likewise, it is interesting to note that more food preservation methods started seeing use as well, with examples ranging from the ever-popular salting to the ice pits that were dug for the members of the elite.

Under the Song Dynasty from 960 to 1279, restaurants become very popular in the leading cities. In part, this was because of commercial developments that resulted in the creation of a sizable class of people with the interest as well as the means to acquire a wide range of food made in a wide range of ways. Some of the restaurants in Song Dynasty cities are known to have let interested individuals choose items off of a menu, which would have been very unusual in those centuries.

12. Dongpo Pork Is Named for a Song Dynasty Statesman

In Hangzhou cuisine, there is a dish called Dongpo Pork, which is made by stir-frying pork belly before slow braising it in a Chinese style. Supposedly, Dongpo Pork is named for Su Dongpo, a Song Dynasty statesman whose poetry is still remembered with respect. Besides this, he was a huge fan of food, which is why he wrote about the subject extensively. However, it is interesting to note that after he was imprisoned, he could no longer eat meat because he came to sympathize with animals awaiting the butcher’s blade too much following his own experience with anxiety from not knowing his own fate.

13. Sorghum Was Introduced Under the Yuan Dynasty

Sorghum managed to make its way to China under the Mongol-ruled Yuan Dynasty, which started up in 1271 and continued until 1368. It isn’t a cereal that receives a lot of interest in the west, but it is interesting to note that sorghum remains very important in modern times, so much so that it is the fifth most important cereal in the entire world. This is because most varieties are well-suited for arid regions, thus making it very important for a lot of people living in a lot of places in Africa, Central America, and South Asia. Besides food, sorghum is also used for animal fodder as well as the making of alcoholic beverages.

14. Benefited from the Columbian Exchange

Chinese cuisine was one of the cuisines that benefited from the Columbian Exchange. This was possible because China engaged in a fair amount of trade with the Spanish, who presided over a vast empire in the Americas. For the most part, China was interested in Spanish silver, but there was some trade for foodstuffs from the Americas as well. Eventually, some of the crops such as maize, peanuts, and sweet potatoes managed to make their way to Chinese regions where the local climates were suitable for growing them.

15. There Is a Ming Dynasty Botanical Guide for Famine Foods

Famine has been a huge threat for a wide range of societies in a wide range of times and a wide range of places. One of the ways that people respond to famine is searching for famine foods, meaning foods that can be consumed by humans but would not be eaten under normal circumstances for reasons such as societal stigma, poor nutrition, and poor flavor. Examples have included bugs, roots, leaves, and pet animals. It is interesting to note that a prince of the Ming Dynasty wrote a botanical manual called the Jiuhuang Bencao to help its readers find famine foods to preserve their lives during times of hunger, which came with illustrations to assist them in said task.

16. Szechuan Cuisine Is Famous for Spiciness

The cuisine of Szechuan is famous for its spiciness, though people in the west might be more familiar with it under the name of Szechuan, which comes from a different way to romanize the same name. Generally speaking, Szechuan foods are famous for their spiciness, which comes from the liberal use of both garlic and chili peppers. With that said, Szechuan cuisine does include non-spicy foods as well, which are meant to give the tongue a chance to recover so that it won’t become overwhelmed by spiciness.

17. Jiangsu Cuisine Has a Reputation for Softness

Curiously, Jiangsu cuisine has a reputation for softness, though it stops short of outright mushiness. For example, the meat in its dishes are cooked until they are soft to eat but not so much so that they start falling off of the bone. Besides this, Jiangsu cuisine has a fixation on choosing ingredients based on the season as well as making sure to match both the colors and the shapes of the food.

18. Shandong Cuisine Is Famous for Variety

Shandong cuisine isn’t a Chinese cuisine that is seen much in North America. This is because Shandong cuisine comes from a northern Chinese province on the coast, while most of the Chinese immigrants to North America have come from southern China. Regardless, Shandong cuisine is very influential within China itself, not least because it involves a wide range of ingredients as well as a wide range of cooking methods. Curiously, vinegar is one of the stand-outs of Shangdong foods, being much more complex than its lighter counterparts from the south.

19. Cantonese Cuisine Is Very Prominent Outside of China

Cantonese cuisine has a respectable reputation in China, but it tends to be even more prominent outside of China because of the sheer number of Chinese emigrants from Guangdong province. One of the more interesting characteristics of Cantonese cuisine is that it includes a wider selection of meats than what is considered acceptable by other Chinese cuisines, with the result that it can include everything from frogs and snakes to chicken feet and duck’s tongue. Besides this, Cantonese cuisine is famous for using preserved ingredients as well, which provide increased flavor.