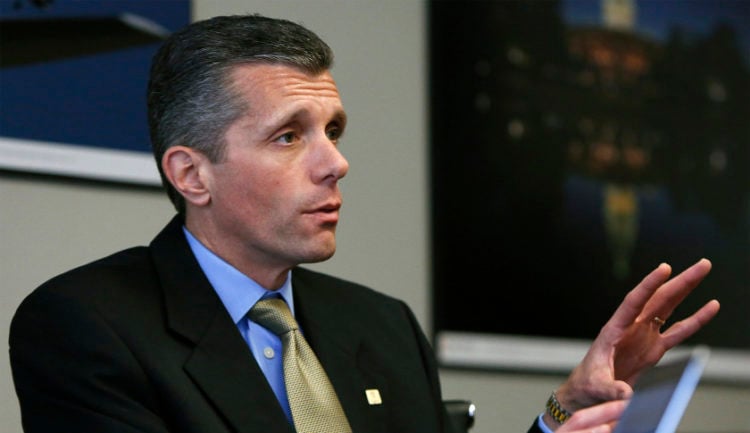 Cigna is one of the largest health insurance companies in the world. The company offers many other insurance products and is worth billions when it comes to annual revenue. Of course, that wouldn’t be possible without the 46,000 employees that work for the company. Leading all those people is Cigna’s CEO David Cordani, an American business executive. Cordani has spent quite a bit of time with Cigna, and he’s been a crucial key player in the success of the company for more than a decade now. Here are 10 things that you should know about David Cordani, which will tell you how he’s managed to successfully run his company so far.

You might think that Cordani is quite young to be the CEO of such a large healthcare corporation after finding out that he was born in 1966, and you’ll be right to think so. It’s a testament to how dedicated Cordani truly is to his work.

Cordani attended and received his Bachelor Degree in Business Administration from Texas A&M University back in 1988. There’s no information on whether he went for his Master’s straight away, but he did end up getting his degree after 6 years. Cordani attended and received his Master’s of Business Administration in Marketing from the University of Hartford in 1994. It’s interesting because Cigna is based in Connecticut as well.

Before Cordani started at Cigna, he worked at an accounting firm called Coopers & Lybrand. He held several different senior staffing positions there, which would all help him prepare ultimately for his career at Cigna.

Just five years after receiving his MBA in Marketing from the University of Hartford, Cordani procured the position of Geographic Market Leader of Southeast Region for Cigna in 1999. However, his career there actually started in 1991 while he was still in school. He held various finance and operating positions then. In 1999, he quickly got promoted after just under a year to Vice President of Corporate Accounting and Planning for the Cigna Corporation.

In 2002, Cordani got promoted yet again to Senior Vice President of the Transformation and Program Management of Cigna, a position he held for only 6 months before getting yet another promotion. This time he served as Senior Vice President and Chief Financial Officer, his first higher executive position. He would stay in that position for two years before becoming President of Health Segments for another 4 years.

During that time when Cordani was working as President of Health Segments, he was also promoted as President of the entire company until 2008. He became Chief Operating Officer for just under a year before becoming CEO of the company on December 25, 2009—a real holiday present.

Apart from having his BBA and MBA in Marketing, Cordani also happens to be a Chartered Financial Consultant and a Certified Public Accountant. All those contributed to his success in working under Cigna’s financial divisions, but they also contribute to how well he’s overseeing the company as CEO today.

Apart from being President, CEO, and Director of such a large corporation, Cordani also happens to be an Independent Director for General Mills, Inc. This is a position that Cordani has held since 2014. This basically means Cordani is part of the Board of Directors for the company, and he is a member of the Audit Committee and Compensation Committee.

It’s clear to see from his history and experiences how he could be acknowledged as a financial expert, but Cordani is definitely seen as such in both personal and professional circles. He’s also considered the Financial Expert among the Board of Directors for General Mills. This is also when his experience as Certified Pubic Accountant have been particularly helpful.

It pays to be really good at what you do, and for Cordani, that means millions in annual compensation. In 2011, Cordani’s reported total compensation was $19.09 million. Only $1 million of that came from his direct salary. Everything else he received were a combination of non equity incentives, stock awards, and other compensation. We can only imagine that his income from Cigna has increased since then as well as his other income sources.