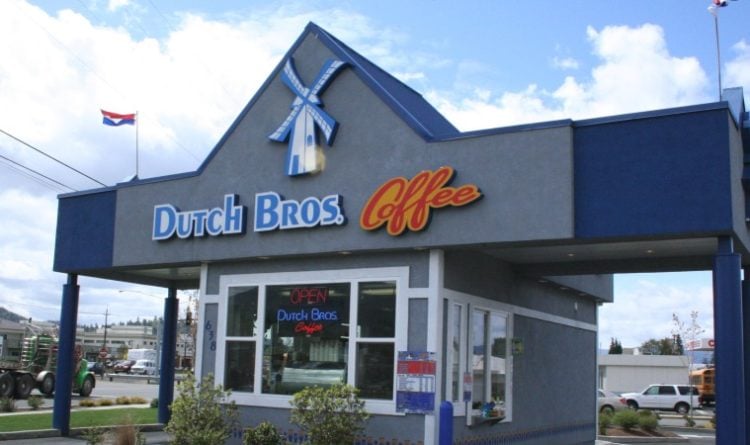 It’s no big secret that Dutch Bros is a popular coffee shop, nor is it news that their brews are delicious. What is news to many coffee lovers is that the popular coffee house is active in the local communities that they serve. If you haven’t been touched by their efforts, then you probably aren’t aware that they are so much more than sellers of excellent coffee. Here are 10 things that you didn’t know about Dutch Bros.

1. They’ve expanded to over 300 locations

Dutch Bros firsts opened their sliding glass windows for business in 1992. Competing with the likes of Starbucks was no easy task, especially as a new coffee startup in the Pacific Northwest. They didn’t let a little competition stand in their way through. They just did what they do so well and brewed some of the best coffee around for an ever-growing population of fans. The team from Grants Pass, Oregon were onto something good and in the few decades that they’ve been in business, they’ve made the press and have joined the ranks of the coffee elite with 300 locations open throughout the Pacific Northwest.

2. They coined the phrase “broista”

We’re all familiar with the term “barista” and we know that it’s a person who makes and serves coffee. With Dutch Bros, the men who make and serve the tempting brews needed something that sounded a little more masculine, so they created the title “broista” which is a kinda cool play on words that bring a smile to your face. The next time you buy a cup of coffee from Dutch Bros, make sure you keep the terminology straight.

3. They have a secret menu

It seems that these days most restaurants have a secret menu of goodies that don’t appear in printed form. The same is true for classy coffee shops and Dutch Bros is no exception. The only difference is that the employees do print them out. They just don’t share them with the public. They’re kept so secret that their corporate approves the printouts of the ‘secret” menu items and it takes corporate printouts just to decode them. There are rumored to be a total of fourteen items from their secret drinks menu.

When you’re buying a cup of coffee, you probably don’t think to ask the broista what the company’s values are. It’s kind of obvious that serving good coffee is one of them, but Dutch Bros has 3 main principles that they uphold steadfastly. These are Speed, Quality and Service.

5. The founders really are Dutch Bros

Dutch Bros Coffee was founded by Dane and Travis Boersma in 1992. The two are brothers and they are of Dutch ancestry. They come from three generations of dairy businessmen. When the family was regulated out of the business, they turned their eyes to the coffee industry and the rest is history.

Prior to founding the Dutch Bros Coffee business, Dane and Travis bought a bag of coffee beans that weighed 100 pounds, a double head espresso machine and began experimenting. Their first go at the business consisted of their experimentation with coffee and flavorings. They cranked up the stereo with some rock and roll music and got themselves a pushcart. They set up on the railroad tracks with their experimental beverages and started handing out samples for those who were willing to give it a try. The feedback within a month was so positive that they knew they had found the right business and from this point forward they got to work and set the wheels in motion to develop the booming business that is Dutch Bros Coffee.

7. They still give away drinks

The Dutch Bros have not forgotten their humble beginnings and when they were happy for every passerby that was willing to accept a free sample and tell them what they thought of their new coffee creations. They are still giving away free drinks every year and the number has gone up along with their success. They now give away more than a million of them each year. This is amazingly generous of them.

8. They care about social issues

Dutch Bros is concerned about the communities that have been so good to them by supporting their business. The company is committed to giving back to each community that they serve. Just recently, they held da fundraiser in Las Vegas and raised almost $4,300 to help the Las Vegas Metro Police Department Foundation This is just one of the community events that the company has participated in. This helps to shore up local law enforcement for a safer community for everyone.

9. They Donate more than $2 million a year to nonprofits and local communities

The Dutch Bros Coffee company is concerned about supporting worthy causes. They donate to the Muscular Dystrophy Association to honor Dane who lost his battle with Lou Gehrig’s disease in 2009 after a four-year fight.

10. They bring communities together over a cup of coffee, a smile and a lot of love

Dutch Bros has done so much for the communities and individuals in the Pacific Northwest. They not only donate to organizations, but they also champion individual people in their locales who are dealing with illnesses or need financial help for medical treatment. Not nearly enough has been done to let the world know what a difference Dutch Bros is making in the lives of real people on an individual basis. They are the company that gives back without reservation.