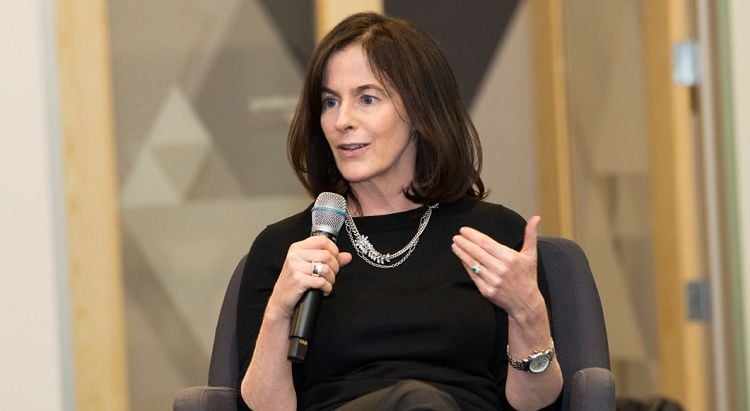 Deidre Paknad was born in Stockton, California. Her parents are John and Marlia Willette. She is a sister to Kelly Mark Willette, Shaun Willette, Paul Willette, and the late Angela Carole Knight. She lost her sister Angela on 7th December 2020. Here are 10 things you might not have known about Deidre:

Deidre has the classical from rags to riches story. As a child, Deidre Paknad went through a traumatic experience when she lost her biological father. Her father, a serviceman, died at the war front. Her mother married again, and Deidre had a step-dad, who was an auto mechanic by profession. She was raised around the blue-collar-based job. Although her hometown had little to offer, Deidre aspired from a tender age to be great. As a little girl, she got support from different people who told her of her potential. She had good grades in school and claims that the loss of her father molded her into the “fierce” (as she describes herself) woman.

Taking up payments granted to children who lost their parents on the war front, she went to college. From a tender age, she wanted to be a Lawyer, and luckily she managed to join a law school. Although her father was not there, she found great support in her mother and step-father. She attended Loyola Law School, Los Angeles, and The University of California, Santa Cruz.

Deidre had her eye-opening moment when she was at the end of her first year in law school. After acquiring her first Mac and a printer, where she later had an innovative idea, she took up a job and told her boss, who was fascinated and was granted a group of nine to lead. After having a glimpse at the IT world and loving it, she never went back to law school but dedicated herself to IT and entrepreneurship.

Deidre Paknad started her success story with her co-founder, the love of her life, Daryoush Paknad. They had their first company CoVia (formerly Glyphica), back when Netscape was not fully launched. They started the company in her house, but it outgrew her house, and she had to look for a bigger office. Her first customers were American Olympics and even American Airways. In 1993, Deidre left her workforce to have a baby. During this time, she took time to strategize on the founding of her first company. In 1995 her company Glyphica was formed it was founded from January 1996 to October 2000.

In 1999 while in Hawaii, she and her co-founder, Dryoush Paknad, decided to hire a CEO for their company since it outgrew them, and there was too much for them to handle. In 2000 though the USA was going through an economical setback, her company made millions and commendable profits. The company later on in 2001 began to make losses, and failure was imminent. Deidre Paknad walked out and ventured herself into entrepreneurship. As the co-founder together with the CEO, Deidre strived to save it, but in 2002 they were unable to hold it anymore, and it collapsed.

Before she had her current company, Deidre was the President of PSS Systems. PSS was formed from December 2003 to October 2010. IBM took over PSS in 2010. The company created solutions for legal duties where data security was a major hiccup. The company’s major customers were: ConocoPhilips, Novartis, Bank of America, Toyota, Wells Fargo, among others.

In 2014, Deidre made her biggest idea come to life WORKBOARD. The company has been in business for 7 years now. The company develops mobile software that has significantly helped businesses in communication and serves its customers through the internet. Different companies planted $2.75 million as seed money in the company. Later in 2017, $9.3 million was issued to push up the company. The company, on the other hand, has raised $64 million so far. Workboard aims at helping entrepreneurs and stakeholders to address the cause of internal growth drag and monitor the company’s performance. Karim Damji was hired as CFO for the company. The company’s first CCO, Dave Ginsburg was hired in 2020. The company also hired its Virtual User Group in May 2020, having more than 600 registrants. According to Bloomberg, Workboard’s address is 3802 Magnolia Drive Palo Alto, CA 94306 United States.

Deidre states that her challenge in handling the company has been adjusting to changes especially when the company grows, because of the high impact decisions which require one to have tough skin. She says she is happiest and inspired when her customers are satisfied. She enjoys her work, which gives her energy and satisfaction, enabling her to focus on her inventions, her relation with her team members, and solving complex problems. When not at work she commits herself to yoga and cycling. Deidre Paknad claims to look up to several female leaders such as IBM CEO Ginny Rommety for being strong through all business challenges and loves Ginny’s view of “growth and comfort do not co-exist”, Pepsi’s CEO, Indra Nooyi on how she can balance her work and family, Amy Jain and Daniella Yacobovsky at Baublebar.

Other than founding PSS Systems and Workboard, Deidre Paknad being the Vice President, led the Information Lifecycle Governance Solution business, for IBM, from March 2011 till January 2014. She worked with C-suite as a strategy sponsor on significant information economics. She later on in January 2018 till date she became the founder and chair of Business & Growth Innovation Network (BGIN). It is a business-oriented forum for bringing together business-minded and focused individuals who share insight and expertise during meetings, retreats, and videos. Deidre has had the chance to have 17 Patents this is “according to Linked in.com” (https://www.linkedin.com/in/deidrepaknad/)

Deidre Paknad has won so far three honors and awards which are: 100 Most Intriguing Entrepreneurs in 2019, Computer World Smithsonian Award 2000, and Computer World Smithsonian Award in 1999. She has also written two publications which are: Make Speed Your Company’s New Currency and Contributor to *Radical Focus* Christina Wodtke’s 2016 book on using OKRs to achieve breakthrough results.