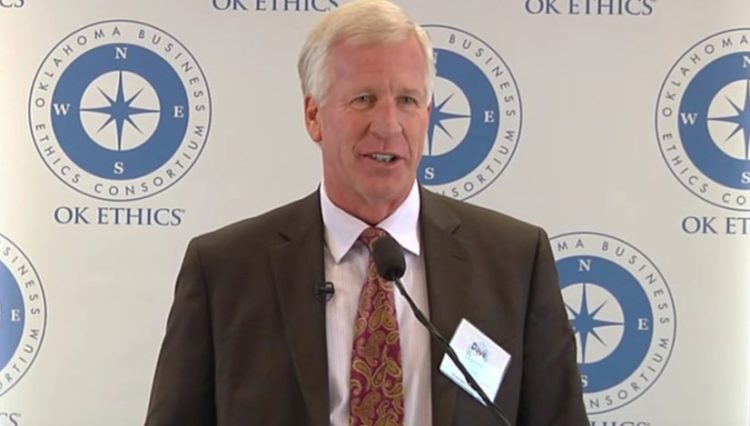 Currently, David Hager is the CEO and President of Devon Energy, which specializes in petroleum, natural gas, and natural gas liquids. Said corporation is a member of the Fortune 500 list, meaning that its influence should be seen in that light. Here are 10 things that you may or may not have known about David Hager:

For his Bachelor of Science, Hager went to Purdue University. Generally speaking, the school should need no introduction, seeing as how it is one of the best-known schools in the United States and beyond. For proof, look no further than the fact that it can claim the fourth biggest population of foreign students in the country.

At Purdue University, Hager studied geophysics. In short, it is the field that uses physics to study the Earth as well as near-Earth space. As such, it is very focused on the use of quantitative methods to understand more about both the physical properties and the physical processes of its subjects of study.

Later on, Hager went to Southern Methodist University, which can be found in the Dallas-Fort Worth metroplex. Nowadays, the school’s teachings are non-sectarian in nature in spite of its continuing ownership by the United Methodist Church’s South Central Jurisdiction. Something that is perhaps unsurprising when it has more Catholic than Methodist students.

Regardless, it was from Southern Methodist University that Hager received his MBA. Suffice to say that Business Administration is a very common choice for people who are either in senior management or heading into senior management because it is the most suitable field of study for their particular duties and responsibilities.

5. Has Served in High-Ranking Positions At Other Corporations

Hager has previous experience serving in high-ranking positions from before joining up with Devon Energy. For example, he was once the COO of Kerr-McGee Corporation, which was bought out by Anadarko Petroleum Corporation in 2006. In short, Kerr-McGee was involved in the energy industry as well, with examples of its activities ranging from natural gas and crude oil to uranium mining.

In 2007, Hager joined Devon Energy as its executive vice president of exploration and production. Figuring the degree of power wielded by an executive vice president beyond “high” tends to be rather challenging because of the sheer variation in the ways that corporations can be organized. However, both exploration and production are critical components of Devon Energy’s business, which says much about Hager’s duties and responsibilities in those times.

7. Rose to the Position of COO

Eventually, Hager rose to the position of COO, which preceded him becoming both CEO and President in 2015. Said transition was a natural choice because COOs often serve as second-in-commands to CEOs because of the wide-encompassing nature of their office.

8. Participated in the Increasing of Focus on North American Onshore Operations

Hager joined Devon Energy at a bad time for the energy industry. As a result, he was one of the people who led Devon Energy’s strategy to cope with its circumstances, which involved getting rid of its offshore as well as its international assets in preference for focusing on its onshore operations in North America.

9. Participated in the Increasing of Focus on Human Talent

Speaking of which, Hager was also one of the people who led Devon Energy’s strategy to strengthen its acquisition, its retention, and its development of human talent, which was a direct consequence of its shift in focus to onshore operations in North America. Previously, Devon Energy had promoted people based on technical competence while neglecting their leadership skills, which was something that had to change for it to reach its true potential.

10. Oversees a Corporation That Is Very Active in Politics

Devon Energy is a very active force in U.S. politics because of its contributions to political campaigns. Generally speaking, it makes almost all of its contributions to people as well as organizations that are connected to the Republican Party. For example, it made a $750,000 contribution and a $500,000 contribution to the Senate Leadership Fund and the Congressional Leadership Fund respectively in 2016, which were meant to protect the Republican majorities in the Senate and the House of Representatives.