Home
Personal Finance
Stocks
What is the Difference Between Term and Serial Bonds?
Prev Article Next Article 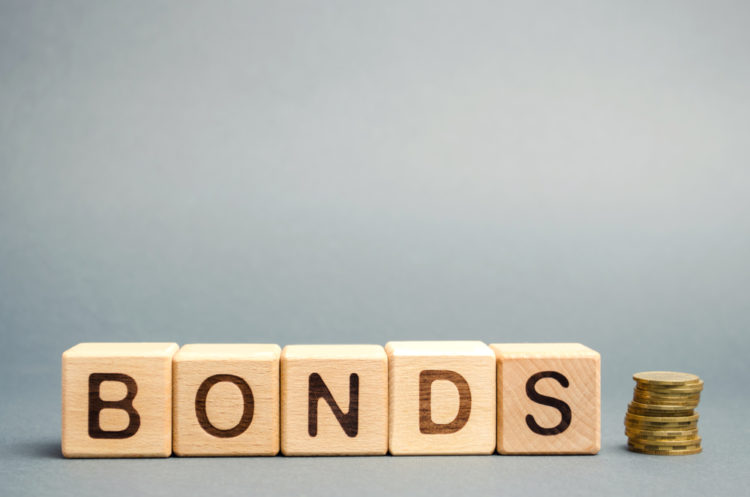 Are you considering investing in bonds? If so there are several different kinds. Two main types of bonds are Term Bonds and Serial Bonds. If you’re not familiar with the differences because the average person doesn’t either. It’s wise to know as much as you can about each type along with what makes them different from one another before you make your choice about which type to buy. Here is everything you need to know about the term and serial bonds, their similarities, and how they differ.

What is the difference between a term bond and a serial bond?

Accounting Coach provides good information about term bonds. According to their website, term bonds come due or mature on a single date. Serial bonds differ in that they come with various maturity dates that are spread out over a period of several years. They’re referred to as serial bonds because of the staggered maturity dates. Unlike term bonds, serial bonds do not use sinking funds as security. Funds for repayment of the bond are used from the revenues generated from the project that has been funded by the sale of the bonds. The maturity date differentiation is the defining difference, however, it’s wise to understand what both term and serial bonds are, and how they work.

What is the term bond?

According to Investopedia, a term bond is a collection of bonds that are made from the same issue. Each of the bonds has the same maturity date. They are called term bonds because the word term refers to the amount of time from the date of issue until the bond reaches its maturity. This is the date that the issuer is required by law to pay the face value of the bond.

Other features of a term bond

Certain provisions within some term bonds provide the issuers of the bonds with the option of redeeming the bonds from the investors before the maturity date. This option is known as the call feature. There is no set time for the maturity of a term bond. It is dependent on the agreed-upon term of the bond. Some term bonds are purchased for short-term investments of a year or two, while there are also longer-term bonds that can take up to 10 years to mature.

What is an indenture?

An indenture is a written agreement that is put in document form. The document explains how the bond may be called and when it may be called by the issuer. Some bond agreements may have multiple call dates throughout the life of the bond.

What is a call feature?

A call feature is also referred to as a call provision. It explains the terms of the bond in detail and determines if the bond is callable, based on the content. This is the agreement that investors make with the issuers that becomes a part of the indenture.

What does it mean to call a bond?

A callable bond can be redeemed by the issuer at a price that has been predetermined and agreed upon by both the issuer and the purchaser. The bond can be called at the times specified in the indenture before the bond matures.

There are a few different types of term bonds. Secured term bonds are those that are backed by the assets or collateral of a company in case of a failure to repay the amount of the bond upon maturity. Unsecured bonds are those that do not offer this type of support. Investors are bound to rely upon the credibility of the company, although it does represent a greater risk in the event of business failure. Most companies are required to comply with a sinking fund that is set aside to repay the bond. Although term bonds have a low-interest return, they are relatively free of risk and they are tax exempt.

What is a serial bond?

Investopedia also defines the details of a serial bond in another segment. A serial bond is the opposite of a term bond. We discussed the differences in maturity rates. Guest Author James Chen explains that the structure of the serial bonds mature at regular intervals until all of the purchased bonds have matured. This happens gradually over a period of several years. The total bond issue is purchased on the same date with offset dates for maturity as stated in the agreement/prospectus signed by the issuer and the purchaser. There are multiple debt issues in a serial bond.

The issuer of a serial bond may reduce the dollar amount of outstanding bonds to reduce the risk of missed principal repayments or default on the bond issue. Specific dates are established for repayment on serial bonds. Serial bonds are common for municipal revenue bonds to fund projects undertaken by cities and states. An example of such a project is a sports stadium with serial bonds sold for the funding.

Term bonds and serial bonds both offer investors a low-interest return on investment, but both are relatively risk-free investment strategies. The purpose of these two types of bonds is funding projects or company goals with the intention of repayment with interest at maturity. Although they’re not huge money-makers, serial and term bonds put your money to work for you. They do bring in an increase. Term bonds and serial bonds are the opposite of one another concerning their maturity rates. Each comes with its own set of rules and terms. If you’re considering an investment in either type of bond, it’s wise to read the fine print before signing the agreement. Some term bonds carry a stipulation for repayment before the maturity date. Serial bonds can diversify retirement portfolios to keep a steady stream of income coming in at staggered intervals.