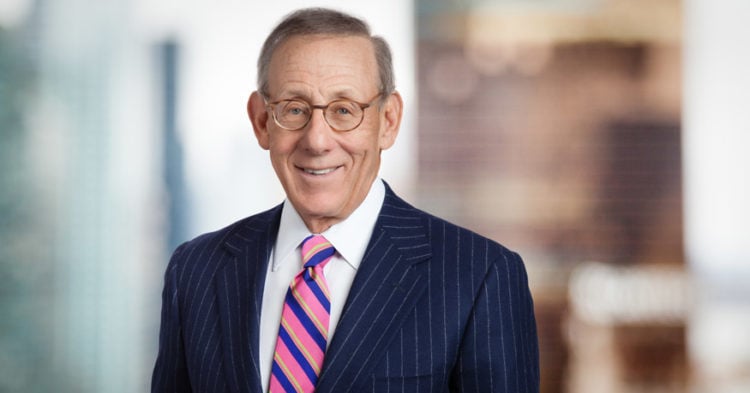 Stephen M. Ross is a notable figure in the United States and beyond. In part, this is because Ross is a very successful real estate developer, so much so that his personal net worth is estimated to be more than seven billion. However, it should also be noted that he is a 95 percent owner of the Miami Dolphins, which is just one of his sports interests.

Initially, Ross went to the University of Florida before transferring over to the University of Michigan Business School. There, he earned a degree in accounting, which has presumably proven to be very useful for his business interests. After all, interested individuals can’t make smart and sensible business decisions without reliable information about business finances, which falls into the realm of accounting.

Later, Ross studied for two degrees in the field of law. One was a Juris Doctor degree from the Wayne State School of Law, while the other was a Master of Laws degree from the New York University School of Law. These degrees can see significant differences from place to place as well as from school to school. However, it is interesting to note that the Master of Laws degree is often a way for interested individuals to specialize in a particular field of law in the United States. In Ross’s case, he specialized in tax law.

3. Borrowed Money From His Uncle

Ross was lucky in that he was able to finance his later studies by borrowing money from his uncle Max Fisher. In short, Fisher was a successful businessman who managed to make his fortune in oil as well as real estate. Due to this, he was able to become a philanthropist who made major contributions to a wide range of both civic and charitable organizations. On top of this, Fisher was even a notable figure in politics, seeing as how his diplomatic skill enabled him to play a critical role in the formation of ties between the United States and Israel.

4. His Uncle Was His Most Important Role Model

Ross has stated that Fisher was his most important role model, which makes sense because he spent a lot of time with his uncle. For instance, while Ross developed his love of sports as a child because that was one of the main sources of entertainment for children in those times, Ross’s love of sports was further honed by the fact that his uncle always had good tickets for the Detroit Tigers, the Detroit Lions, and the Detroit Red Wings. Something that was made possible by the fact that Fisher was very active in sponsoring those teams.

5. Didn’t Enjoy Being a Tax Attorney

As it turned out, Ross didn’t enjoy being a tax attorney, which was why he quit his job in preference for moving to New York City. Unfortunately, Ross’s experience was no better in New York City, as shown by how he winded up thinking that he was unemployable after he was fired from a corporate finance job. With that said, said event was what prompted Ross to look into starting a business of his own, meaning that he might not be in his present position of prominence if it wasn’t for it.

Ross proceeded to borrow money from a family member a second time to fund his ambitions. To be exact, he borrowed $10,000 from his mother to live on while he worked on a plan for his own business. Eventually, this resulted in Ross starting up a business that focused on government-assisted, multi-family housing, which made considerable use of his knowledge of federal tax law. Said business was a huge success, as shown by the fact that he was making around $25,000 on an annual basis when he was working on Wall Street but around $150,000 on an annual basis in his first year of operation before moving on to more than $500,000 on an annual basis in his second year of operation.

7. One of His Best-Known Projects Is the Time Warner Center

One of Ross’s best-known projects is the Time Warner Center, which is a building complex that can be found in Manhattan. In total, the building complex consists of two towers connected by an atrium that houses retailers catering to a more upscale clientele. Meanwhile, the rest of the building complex is taken up by office as well as residential occupants, which happen to include Ross himself.

8. Another of His Best-Known Projects Is Hudson Yards

9. Has Been Contrasted with Donald Trump

There are those who have compared Ross with Donald Trump. After all, Ross is a very rich real estate developer with a reputation for being very obstreperous. However, there are more people who have contrasted Ross with said individual for a couple of very important reasons. One, Ross really is as rich as he is made out to be. Two, Ross made his fortune by focusing on buildings that other real estate developers considered to be un-glamorous, which should make it clear that he is more interested in the numbers than in the attention-seeking.

Ross has invested more than $100 million into the International Champions Cup, which is a soccer tournament situated in the United States and beyond. By doing so, he has effectively made a huge gamble that he will be able to get Americans interested in soccer, which is interesting because soccer enjoys the same kind of status in most of the world that American football enjoys in the United States. Should Ross succeed, the benefits will go to not just himself but also South Florida where much of the International Champions Cup takes place.