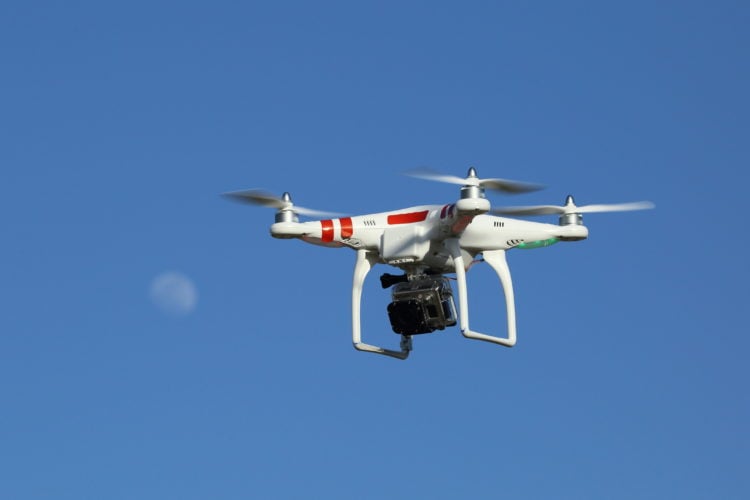 The average person has an interest in drone technology primarily for aerial photography and the potential for commercial applications, such as Amazon delivering packages. Its military application has been obvious for the last decade, and while government investment in drones is expected to top $8 billion by 2021, there is a healthy use of drones that is having a significant environmental impact. For our purposes, we will be looking at drone technology where the environmental uses directly impact the lives of people around the planet.

We often think of the power grid as it relates to the distribution of electricity from a power source such as a nuclear power plant to the user. But the increased creation of solar farms, land areas that use an array of solar panels to create clean, renewable energy, requires these solar farms to be monitored for potential problems that can disrupt essential electricity to communities. Individual panels are currently being inspected by humans, which obviously is both time consuming and expensive. Drones can monitor entire solar farms and direct engineers to repair the panels at a fraction of the cost while keeping the supply of energy flowing uninterrupted.

With the continued challenges of reducing global warming and greenhouse gases, drones have been using sophisticated software that allows for the real time monitoring of industrial emissions. Rather than using satellite monitoring, which can be delayed for any number of reasons, drones can deliver precise data to government monitoring authorities and identify local problems within minutes. These drones are especially useful in countries that have stricter governmental regulations on carbon dioxide emissions.

Though there has been some political debate in the United States around the issue of the import of big-game trophies, there is no debate for the need to eliminate poachers and stop the illegal trade of tusks from rhinoceroses and elephants. What many people do not know is that villages and communities in Africa depend on the continued existence of these animals for economic survival. Beyond tracking the population of known herds, the drones can track the routes and movements of poachers that will result in criminal prosecution.

The spread of diseases such as the Zika virus and malaria are a constant problem for roughly 1/8th of the world’s population. The culprit is the pesky insect most of us know as the mosquito. Particularly a problem in third world countries due to the lack of bed netting and sheltered housing, many of the locations that are the most impacted cannot be reached due to the lack of roads or the natural environment. Scientists have developed a way to reduce mosquito population through the introduction of sterile male mosquitos released by drones into these remote locations. The studies show that over time, mosquito populations can be reduced by as much as 90 percent.

In one of the most unusual but vital applications of drone technology and the environment is through the monitoring of underground water pipes in the desert. Though a reality that affects few Americans, there are extensive underground water pipe systems in countries such as Libya, which gets an annual rainfall of 100 millimeters a year. That is just under 4 inches. Oil exploration has led to the discovery of aqueducts, but that water needs to be distributed to where it is needed the most. The construction of underground pipelines is not only essential, but any leaks or cracks in the pipes that results in lost water has an enormous impact on the people. Using infrared technology, drones are able to spot the leaks and damaged pipes so they can be repaired.

Finally, we think of drones that are made of metal or plastic or some other common material. Well, there is a biodegradable drone that has been created. That’s right, a drone that is environmental friendly. Made primarily of fibrous mycelium, the drone in its current form will decompose over a period of months. However, efforts are being made for the drone to decompose in about 4 days. The purpose of its creation was to gather data from sensitive biological environments without damaging the ecosystem itself.

In a survey, 2 of every 3 people asked what the first thing that comes to their mind when they hear the word “drone” answered some type of military application. But there are many environmental applications that benefit people as well as the natural environment and animal populations. These uses will continue to grow as commercial and industrial applications continue to expand and investment in drone technology grows.