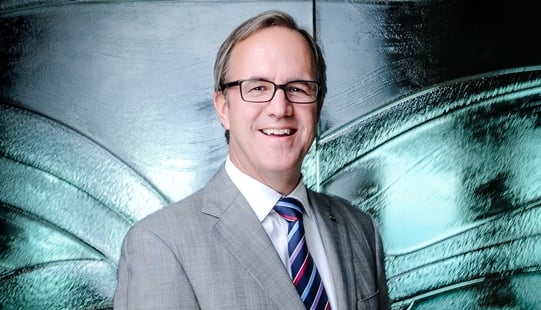 Mr. Douglas M. Baker Jr. is the CEO of Ecolab. We were interesting in knowing more about the leader in charge of this massive technology company. We had questions about his background and what he’s done throughout his career to prepare him for this massive responsibility. We learned several interesting facts that we think the world should be aware of, so here are ten things you didn’t know about Douglas M. Baker Jr.

1. He was educated in Massachusetts

2. He didn’t start at the top when he joined Ecolab

Douglas Baker started his career at the Ecolab Company in 1989. He started out with a position in marketing and he also held down several different leadership positions. It took him 13 years with the company to reach the level of CEO. He worked his way up in the company and was rewarded for his contributions to the company and for his proven leadership abilities.

Baker also worked for Kay Chemical company which is a division of Ecolab. The held the positions of general manager and vice president of operations in the United States as well as in Europe. Kay Chemical Co. is a sanitizing and cleaning company that offers tailored services for fast food establishments and grocery markets.

4. He worked his way up in Ecolab

Through the years of working at Ecolab, he eventually worked his way up to the position of Vice President of the company’s Institutional business division. This part of the company offers sanitation and cleaning products to healthcare, hospitality, food service and commercial customers throughout North America.

Douglas Baker became the president and COO in 2002. He received another promotion just two years later to CEO and by 2006, he was named as chairman of the board. Mr. Baker had been with the company for more than a decade and had served them well in a variety of different positions with increasing levels of responsibility. There was little doubt that he was the right candidate for the job.

When Baker took the helm at Ecolab there was a lot of work to be done. He was consistent and steady in executing his duties an it paid off big time starting in 2013 through 2017. The company saw an increase in their sales from $3.6 billion to an astounding $14 billion which represents an increase of 268%. The shareholders were impressed with an equity increase of a massive growth rate of 476%.

7. Douglas M. Baker is celebrated in the industry

Mr. Baker has been the recipient of a high degree of recognition and several awards in his career. He was put on the Forbes Global 2000 “Hall of Fame CEOs.” In 2012 he was inducted into the Business Hall of Fame in Minnesota. In 2014, Corporate Responsibility Magazine named him “Responsible CEO of the Year.” In 2016, The Harvard Business Review listed him as one of the top CEOs in the world. In addition to this, he was placed in Forbes Global 2000 Hall of Fame CEOs and he also received the Deming Cup for Operational Excellence in 2018.

8. He was in brand management prior to Ecolab

Before Douglas M. Baker joined Ecolab, he worked at the Procter & Gamble company. He held various positions in brand management for the company. He worked for them for a total of seven years before moving on in his career.

Douglas is a busy executive, but he has a big heart and he cares about helping others. He assisted with a funding drive that raised $40 million which was donated to the Catholic Charities organization to sponsor a new service that would assist the homeless through a new campus in downtown St, Paul, Minnesota. He and his wife have chaired the United Way program for the Twin Cities, assisting with their fundraising campaign. He also serves on the board for the Parent Aware for School Readiness organization.

10. He also serves on multiple boards

Mr. Baker’s expertise is valued by a variety of different organizations. He sits on the executive committee of the Greater MSP Partnership to help stimulate growth in the local economy and promote prosperity in the area. He’s also on the board of the Carlson School of Management at the U of Minnesota, and he was even a co-chair involved in the committee for Super Bowl LII which was recently help in Minneapolis.