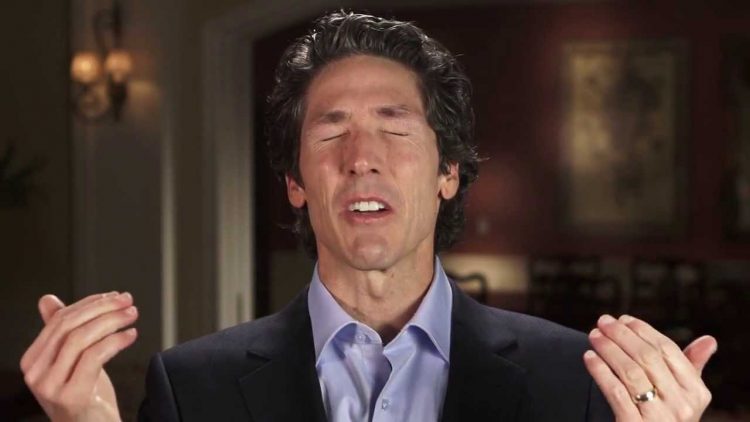 Love them or hate them, Televangelists are woven into the very fabric of American life. Make no mistake about it, while the world of Televangelism has a 24/7 global reach, virtually all of the TV ministers hail from, live in, and operate out of the US. This is not to say that you won’t find any Televangelists in other countries – of course there are, but compared to the US operators, those based in other countries are small time operators, at best.

Here in the US though, it is big business. How big, no one really knows, because all of the high profile ministers and their churches keep their financial records confidential. There’s no transparency, and according the American tax law, there doesn’t have to be.

The reasons for this are easy to understand. In the US, we’ve had a tradition of building a wall of separation between Church and State that dates back as to the earliest days of our nation. That cuts both ways though: The Church stays out of government, and the government stays out of Church business.

Unfortunately, the almost complete lack of oversight can (and has) led to a number of high profile abuses and excesses, and it may be causing at least some people in government to start to question whether they’ve been a bit too permissive where Churches (especially ones with large media footprints) are concerned.

Who The Big Players Are

The core doctrine of the Televangelist seems to be this: If you plant a seed in the form of cash, by giving it to one of these churches, then your seed will grow, and you’ll wind up getting the money you donated back, many times over.

Exactly how or when you’ll get your money back is never explained. This, apparently is in God’s hands, and He hasn’t been terribly forthcoming about such things. In the meanwhile, even though we cannot peer directly into the financial records of the biggest Churches run by Televangelists, we can get a fairly good idea what they’re doing with all the money people keep sending them by examining the net worth of the ministers who run these Churches.

That then, is where we’ll start. Now, understand that the people we’re about to mention all make basically the same claim. God blesses those who do His good work by providing them with riches, so according to these people, they deserve the riches they have, because it’s a sign that they’re doing what God wants them to do.

To many, this may seem like a self-reinforcing “prophecy.” If you, as a Televangelist, can convince large groups of people who don’t have money to send you more than you can actually afford to send without skipping a meal, you can buy a multi-million dollar jet and a whole slew of multi-million dollar mansions (just call them “parsonages” and it’s fine with the IRS), and somehow convince yourself that it’s okay, because after all, God must want you to have these things, since you have them. Somehow the part about telling people that if they send you money, they’ll reap a return down the road just never enters into the equation.

At any rate, here’s the list of the top Televangelists in the country, as ranked by their net worth:

It should be noted that most of these ministers and the Churches that they lead DO have missions in third world countries and they do spend some fraction of their money feeding and clothing the poor and doing the actual work God’s message talks about.

It is equally clear, however, simply by looking at the parade of mansions, private jets, extensive security details, and skyscrapers built not to glorify God, but to glorify the ministers who built them, that significant portions of the donations they receive aren’t doing anything that could even remotely be described as “God’s Work.”

The Hall of Shame

Part of what makes us cringe at high profile Televangelists is the fact of their excesses. The other part though, is the fact that their personal lives are often quite different from the gospel they preach. They can’t seem to live up to God’s ideal any more than the rest of us. The problem with that is that they use other people’s money to fund their lavish lifestyles. Then, of course, there’s a special subcategory of particularly slimy practices. Here, in no particular order, are the worst of the worst offenders:

Gloria Copeland – Regularly tells her audience not to seek medical treatment like chemotherapy. Instead, they should be “planting seeds” (sending money to the Copeland Ministry) so God will bless them with a cure.

Mike Murdock – Many of Mike’s followers are poor. So poor that they can’t afford to send him the money he needs to maintain his lavish lifestyle. His solution? He’s told his followers on national TV that if they put their donation on a credit card, that God will erase their credit debt for them. That’s disgusting.

Robert Tilton – Best known for “speaking in tongues” on live TV, an ABC expose on the man revealed that he spent 67% of his on-air time asking for money. Unfortunately, Tilton’s ministry seems to be all about Tilton. He used his money to purchase his half million dollar vacation home in Florida, and is fifty-foot Carver yacht, among other things. The ABC expose found that most of the prayer requests his organization receives are simply thrown in the landfill, after the cash is removed.

Jim and Tammy Bakker – Their well-known explosion was all over the news back in 1989 with fraud and infidelity being the twin missiles that brought the rising stars in the Televangelism world down. In addition to defrauding the public to help fund Heritage, Mr. Bakker was caught having a threesome with a church secretary named Jessican Hahn and John Wesley Fletcher in a Clearwater, Fl. Resort. The Bakkers were the founders of Heritage USA, which, back in its day, was a Christian Theme park and the third most popular theme park destination in the country, that featured, among other things, a life-sized version of the upper room, where the Last Supper was held. Although the Bakkers raised more than enough money to finish the Grand Tower, it was never completed, and to this day, nobody’s quite certain where all the money went, or why the church kept asking for more.

Terry Smith – The pastor of Canyon Creek Baptist Church is a real piece of work. Not only was he caught having affairs with a variety of women who came to the church seeking marriage advice, but to help support his habit, he was arrested for shoplifting condoms! A relatively small fish in the pond we’re talking about, but put here to highlight the fact that even the guys who don’t have a truly global reach will often abuse what power and privilege they’ve got.

Oral Roberts – Most famous for making a teary-eyed plea to his followers in 1987, warning them that God would “call him home” unless his ministry raised $8 million. His stunt actually pulled in $9.1 million. Nobody really knows why God insisted on that specific amount of money, or what was ultimately done with it. It remains a mystery.

Jimmy Swaggart – Compared to many other Hall of Shame members, Swaggart really isn’t all that bad. So he’s been caught spending church money on a few high-dollar hookers. What’s wrong with that, right?

Bob Larson – Mr. Larson might not be as big, or as well-known as some of the others, but in a lot of respects, he’s the poster child for everything that’s wrong with the industry. He’s been accused of plagiarism, been caught with hookers, been caught on film walking out of gay bath houses, molested a string of secretaries, and more. His answer to those charges? It wasn’t him. He claimed to have been physically impersonated by demonic doubles. Simply unbelievable.

The list goes on, but you certainly get the idea. For every “good guy” using media to expand his (or her) reach and do God’s work, there appear to be several whose goal is to simply abuse the system and rake in as much money as possible before they’re caught.

The bad news is, they are almost never caught. The IRS has only audited 3 churches since 2009. Three. You’re almost as likely to win the lottery as you are to be audited by the IRS if you run a church, and it’s incredibly easy to found one. Almost depressingly easily, actually.

Clearly, there are few people who would make the claim that one must make a vow of poverty in order to sincerely do God’s work (although our current Pope might disagree). It is equally clear though, that the biggest names in Televangelism have gone too far in the other direction. The signs of their excesses are everywhere, and if they were genuinely interested in doing God’s work, then one would imagine that the money they make would be better spent on more programs for the poor than on the sixth, tenth, or thirtieth multi-million dollar mansion for the ministers, their friends, and extended family.

It’s hard to reach any other conclusion except that these people aren’t actually running Churches at all. They’re running vast corporate, self-serving empires that only masquerade as Churches in order to take advantage of lax IRS rules where Church oversight is concerned.