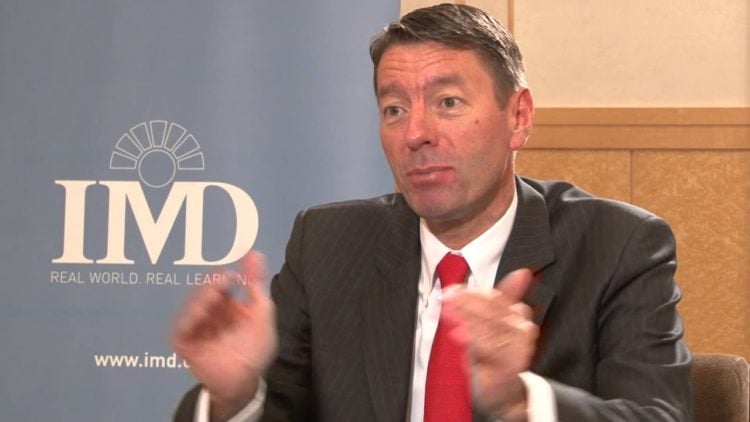 Kasper Rorsted is a Danish businessman who currently serves as the CEO of Adidas, the German sportswear firm. He leads the company forward in good times and in bad, achieving one goal after another. What does it take to become the leader of one of the biggest and best-known brand names in the world? We looked into his life and career history to learn more about how he has risen to this mark of success in his life. Here are 10 things we discovered that you probably didn’t know about Kasper Rorsted.

Rorsted was born in Aarhus, Denmark on February 24, 1962. He turned 58 years old in early 2020. He is a native of Denmark and he was raised in this country and made it his home throughout his younger years. His educational and career choices would call him away from Denmark and he no longer lives in this part of the world, but it’s where he got his start in life.

2. He was educated in Denmark and the United States

Rorsted received his early education in Denmark, attending local schools. He played handball for the national youth team during high school. After graduating from high school, he enrolled at the Niels Brock Copenhagen Business College, successfully completing his studies. He continued with his education, attending the Harvard Business School in the United States of America.

3. He started out in sales and marketing

Rorsted began his career in 1995 working for Oracle and Digital Equipment Corporation that year in sales and marketing positions. He didn’t start his career at the top, rather, he worked his way up starting with entry-level jobs. In 1995 he also worked for Compaq Enterprise Business Group in EMEA. He served in various positions from 1995 through 2001 when he was appointed as the Managing Director of Compaq EMEA. He served in this post from 2001 to 2002.

4. Kasper left Compaq for a job at HP

In 2002 Rorsted was given the opportunity to work for HP EMEA. He took the job where he served as the Managing Director. He stayed in the job from 2002 through 2004. Kasper was given the opportunity to move to the Henkel company where he served as a Director from 2005 until 2007. He developed a pattern of moving every year or two to new companies where he had better opportunities for professional growth and development. In 2007 he was appointed Vice Chairman in Henkel and he served in that capacity until 2008.

5. He was promoted to executive leadership in Henkel

Perhaps one of the biggest breaks in Kasper Rorsted’s career was when he was promoted from Vice-Chairman to the CEO of Henkel. This was his time to shine. Under his leadership, Henkel’s market capitalization grew to four times its original size to 36 billion in Euros. It was here that he established his remarkable track record for success in executive leadership. He remained with the company until 2016.

As we look over Kasper Rorsted’s impressive career history we see that it took him around the world. He moved from his home country of Denmark to the United States. He attended Harvard Business School and then went to work for a number of American companies after completing his studies in business. He took the time to fall in love and get married. He and his wife have four children together and they currently reside at their home in Munich, Germany.

7. He sits on multiple corporate boards

Rorsted’s advisement and his expertise in business leadership are in high demand. He has served on a variety of different corporate boards, offering his perspectives on strategic planning and other aspects of running the businesses. He served on the board of directors for Cable Y Wireless Communications from 2003 through 2011, and on the board of Ecolab from 2005 through 2008. He was also a member of the boards of directors for Danfoss from 2009 to 2017, for Anheuser-Busch InBev from 2015 through 2016, for Bertelsmann as a member of the Supervisory Board from 2011 through 2019, and he currently serves as a member of the Board of Directors for Nestle since 2018.

8. He was named business person of the year

In 2018, Kasper Rorsted was named Business Person of the Year. He had been at the helm as the CEO of Adidas since 2016 and it took him just 2 years with the company to earn this esteemed distinction. It was reported that Adidas grew by double digits in the United States and Asian markets.

9. Addidas stock soared at the mention of his name

When the official announcement was made that Kasper Rorsted was going to step up to the job of CEO at Adidas, it had a positive effect on the stock. Confidence in his abilities was high. The end result was a big jump for the athletic wear giant. The market value of Adidas jumped by an astronomical $1 billion when the news broke about his acceptance of the job. This was before he even took over the helm. This was a significant vote of confidence in his abilities to lead.

10. He’s one of the most well-known CEOs in the world

Kasper Rorsted has been involved with a variety of different major brands and corporations throughout his long and very successful career in executive leadership. His plans for 2020 for the Adidas company are to forge ahead and enjoy even greater heights of success with his aggressive yet realistic marketing strategies. He’s proven that his intuitions are of value in the recent past. He previously served as a member of the Presidium for the Federation of German Industries and as a member of the European Round Table of Industries organizations. Rorsted is an esteemed leader in the corporate business world who has earned a high level of respect and appreciation throughout the world.