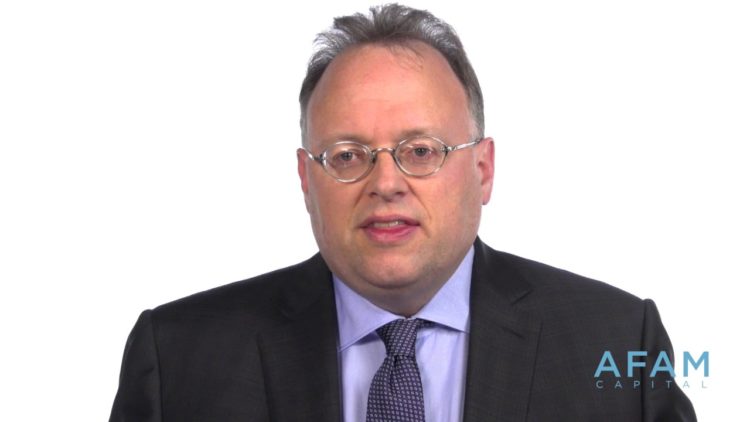 When you hear “AFAM Capital,” the name that will come to mind is John Buckingham, the firm’s Chief Investment Officer. He also is the Editor of “The Prudent Speculator,” a newsletter that dates back to 1977 when Al Frank dubbed it “The Pinchpenny Speculator.” AFAM Capital was born through the newsletter since Al’s advice turned the readers into subscribers who eventually wanted him to manage their portfolio. Although Al passed away in 2002, John has not let go of Al’s vision, and today, he is one of the widely sought investment advisors. Here is everything you need to know about John.

According to Barron’s, John would borrow a Compaq computer from the library when he studied at the University of Southern California. Although he was only a student at the time, his ambitions of making quick money saw him ride the bike back to his dorm room with the computer carefully strapped to it. In the comfort of his room, he would then use qualitative models to see how an investment of $500 would turn into a $10,000 net amount. Unfortunately, none of the models he used worked.

2. He believes the president does not affect stock markets

People have blamed President Trump for almost everything that goes wrong in their lives, including the low prices of their stock. However, John disregards this belief that the person in the White House has a lot of impact on the stock market. According to the investor, no president is powerful enough to influence the stock market because history has shown that regardless of the president, stocks eventually do well. He, therefore, added that President Trump’s impeachment trial would not affect the market.

3. Why he invested in Apple two decades ago

It has been said that faith is taking the first step even when you can’t see the entire staircase, and that is the kind of faith in Apple that John had twenty years ago. Although at the time of his investment the current products such as iPhones and iPods were nowhere near production, John saw something else in the company. When he talked to ThinkAdvisor, the investor disclosed that Apple has a history of innovation in their products and a small but loyal customer base. He added that the firm also had low valuation metrics and a cash-rich balance sheet which attracted John to invest in it.

4. He urges investors to be patient.

Giving up can be the ultimate decision of someone who does not think the future has anything good in store for him, but John advises against taking such actions if you are an investor. As someone who has been in the industry for over thirty years, John believes people are in it to make money fast, as he had initially thought he would when he was a student. However, he insists that if you are in it for the long haul, then patience will have to become your virtue.

5. He believes the cruise industry is a good stock to invest in now

According to MarketWatch, John sees the cruise industry as an opportunity despite the obstacles that the pandemic is presenting. Although currently, people are not interested in cruising the investor foresees a change three to five years from now, especially with the aging population. He added that the advantage of cruise ships is their accommodative nature since even those with oxygen tanks and in wheelchairs can comfortably access them.

John thinks that the demand for lithium will grow significantly in future hence advised investors to buy Albemarle stocks since as a low-cost producer of lithium, the profit margins will be quite healthy. He also added that Corning’s stock would be a great inclusion in anyone’s portfolio since their glass products have become instrumental in tech companies such as Microsoft. The other choices for the well-informed investor included Goodyear, HollyFrontier and Kohl’s. In all these companies, he predicts a high demand in future.

7. The strategy he utilizes at AFAM Capital

As John told twst.com, since “The Prudent Speculator” newsletter began in 1977, they have stuck to the same strategy over the years. While some inexperienced investors will run towards the highly-priced stocks thinking the price dictates their worth, John sees potential in the undervalued stocks. Therefore, he continuously adds undervalued stocks to the portfolio of his clients and holds on to them regardless of how tough the times get.

8. He learnt the investing strategy from Al Frank

Al Frank may be gone, but he left a legacy that has changed people’s lives through sound investment decisions. While John thought that making money fast was the best way to invest, Al showed him that patience would go a long way in helping him stay in business. It is Al Frank who enlightened John about the strategy of diversifying a portfolio with undervalued stocks and holding on to them until the time was ripe.

People mock Jehovah Witnesses who will come knocking on your door to try and convert you, but cold callers are just as worse. Having someone convince you to buy a product that you have never been in interested in can be annoying, yet that was the job that John was tasked with when a broker hired him. By then, he used to ride his bicycle 4 miles to get to work and ensured his work clothes were in ideal condition by carrying them in his backpack.

John is the largest shareholder in AFAM Capital, but he has not always been this wealthy. When he started at Al Frank and associates where he was tasked with automating the office, he was paid a meager $8 per hour. Despite making a killing in the investment business, he once declined to ride in a town car for a press tour and opted to use the subway, stopping to grab a hot dog for lunch.