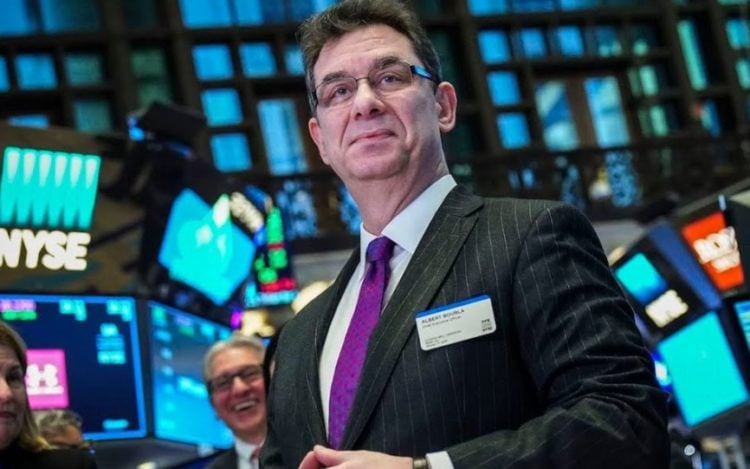 Albert Bourla is both the Chairman and the CEO of Pfizer. As such, chances are good that interested individuals have seen his name come up in the news in recent times because of Pfizer’s COVID-19 vaccine. For example, there was the time when Bourla said that people might need a fourth dose of the vaccine for the purpose of combating the Omicron variant. Similarly, there was the time when Bourla said that it is a mistake to think that the COVID-19 pill will replace the COVID-19 vaccine. Besides this, his name shows up a lot in conspiracy theories for obvious reasons.

Bourla was both born and raised in the city of Thessaloniki in the country of Greece. Said city was founded by Cassander, who named it for his wife Thessalonike. By Roman times, Thessaloniki had become a thriving metropolis, so much so that it was second to Constantinople under the Eastern Roman Empire. Nowadays, it is the second most populous city in Greece, beaten out by the capital of Athens.

It is interesting to note that Bourla is Sephardi. The term refers to a Jewish ethnic division that originated in the Iberian Peninsula but was expelled for the most part from said region in the late 15th century. However, Sephardim can also refer to Mizrahi communities that were influenced by Sephardi laws and customs, not least because of the introduction of Sephardi refugees following their expulsion.

3. His Parents Were Members of the Once-Thriving Jewish Community in Thessaloniki

4. His Parents Were Holocaust Survivors

To be exact, Nazi Germany invaded and then occupied Greece in 1941. The Greek resistance managed to save some of the Jews living in Thessaloniki. However, the Nazis killed about 96 percent of said community. This is the reason that there were just about 1,000 Jews living in Thessaloniki in 2000 even though there were once tens of thousands of Jews living in the same city until the 1940s. Bourla’s mother survived the Holocaust because her non-Jewish brother-in-law managed to pay off a Nazi official. Meanwhile, Bourla’s father survived the Holocaust because he went into hiding after he avoided being sent to Auschwitz thanks to the fact that he wasn’t in the Jewish ghetto at the time.

5. Went to the Aristotle University of Thessaloniki

Education-wise, Bourla went to the Aristotle University of Thessaloniki. Of course, said school is named for the ancient Greek philosopher and polymath, whose works had an enormous influence on western thought throughout the Middle Ages and into the Renaissance. Aristotle didn’t have a connection with Thessaloniki. After all, he was the one who taught Alexander the Great and his cohort, which included Cassander. However, Aristotle was born in Stagira, which is situated about 55 km to the east of the city that exists in the present time.

Bourla is known to have a love for animals, so it should come as no surprise to learn that he studied veterinary science when he was in school. To be exact, he received a doctorate in the biotechnology of reproduction, which, well, suffice to say that is a field that is extremely important for human interests.

7. Left Greece Because of a Promotion

8. Contributed to the Development of Improvac

Unsurprisingly, Bourla started out in Pfizer’s animal health division. There, he had a number of notable achievements. One excellent example would be Bourla’s contribution to the development of the pig vaccine called Improvac.

9. Contributed to the Eradication of Boar Taint

As for why this was important, the gist of it is that Improvac eradicated boar taint, which refers to an unpleasant odor and taste that can be found in the meat of non-castrated male pigs. This phenomenon is caused by a couple of compounds in the fat of male pigs. One would be androstenone which causes a urine flavor while the other would be skatole which causes a fecal flavor. The first is produced in a male pig’s testes. Meanwhile, the second is produced in both male and female pigs but is found in much higher concentrations in male pigs because their hormones prevent it from being broken down. Traditionally, boar taint was prevented through castration, which has come under criticism because of animal welfare reasons. As a result, the vaccine has become useful by preventing the release of the relevant hormones in male pigs.

Given Bourla’s career, it should come as no surprise to learn that he has overseen mergers. For instance, he oversaw the animal health divisions in Europe, Africa, and the Asia Pacific regions from 2009 to 2010. In that role, Bourla was responsible for the merger with Wyeth’s animal health business. Such processes are always complicated. After all, companies need to combine two sets of operations in a way that will enable the resulting combination to perform better than before without alienating existing personnel, impairing productive processes, and otherwise introducing serious issues. Something that calls for careful handling because even a simple mistake can leave a long-lasting impact for the worse.

11. Has Helped to Launch Drugs

12. He Was the One Who Spun Off Pfizer’s Consumer Health Care Division

Not that long ago, Pfizer had a consumer health care division. Bourla was the one who oversaw it being spun off when he was still COO rather than CEO. To be exact, what happened was that Pfizer and GlaxoSmithKline merged their consumer health care divisions in July of 2019, with Pfizer owning a 32 percent ownership stake and GlaxoSmithKline owning a 68 percent ownership stake. At the time, it was stated that the resulting organizations would become a separate company in three year’s time, meaning mid 2022.

Bourla was raised in Greece, so it should come as no surprise to learn that he has read Homer. After all, Homer’s two epic poems the Iliad and the Odyssey are two of the most important works to have survived into the present from ancient Greek times, so much so that they are considered to be foundational for the western canon. In fact, Greek students are expected to study ancient Greek school, though the results are very wide-ranging to say the least. By default, modern Greeks are by no means guaranteed to understand the writings of their predecessors because while the letters remain the same, both the words and the grammar have seen significant change. Similarly, the time when a particular work was written matters as well for the simple reason that ancient Greece existed for close to two millennia. Never mind how the Greek-speak portion of the Roman Empire continued on after the end of classical antiquity to some extent until 1453.

14. Preferred the Iliad to the Odyssey

Amusingly, Bourla preferred the Iliad to the Odyssey, apparently because the former combined love, power, and politics in a single work. Both works belonged to the Epic Cycle, which was a collection of epic poems that covered the Trojan War plus everything related to it. Unfortunately, the other six failed to survive into the present time, with the result that their contents are known through scraps and summaries. The Iliad is very specifically about the part of the Trojan War when Achilles was provoked into removing himself from the fighting, which would eventually lead to his rage when his companion Patroclus is killed by the Trojan prince Hector.

15. Ordered the Production of the COVID-19 Vaccine Before Its Approval

Bourla is known to have made a number of decisions meant to make the COVID-19 vaccine ready for use as soon as possible. To name an example, he ordered the production of the vaccine before it had been approved by the FDA. Thanks to that, it was ready for use as soon as it was approved. This was a risk because there was no guarantee of approval, though to be fair, chances are good that he and the rest of Pfizer leadership had confidence that an approval was coming.

In any case, the COVID-19 vaccine means that Bourla has been the subject of a lot of false information. To name an example, November of 2021 saw a claim that he had been arrested for data fraud relating to the vaccine. The claim saw a fair amount of spread on social media. However, it wasn’t true. Instead, the claim had been made up by a Canadian website called Conservative Beaver, which has a history of making false claims.

17. His Wife Didn’t Die Because of Complications from the COVID-19 Vaccine

Speaking of which, the Conservative Beaver also claimed that Bourla’s wife had died because of complications from the COVID-19 vaccine. Unsurprisingly, this one was false as well.

Nowadays, Bourla is still close to Greece. To name an example, he has a summer home in Chalkidiki, which is a peninsula that can be found protruding from northern Greece. Location-wise, it is worth mentioning that the regional unit of Chalkidiki sits to the south of the regional unit of Thessaloniki centered on the city of the same name. Similarly, Bourla is a member of a Greek sports club, has organized more than one charitable initiative in the country, and even founded the Pfizer Artificial Intelligence Center in his hometown.

Interestingly, Bourla is friends with Geoffrey R. Pyatt, who is the current U.S. ambassador to Greece. Having said that, people with an interest in international politics might have heard of Pyatt because he was the U.S. ambassador to Ukraine during the 2014 Ukrainian revolution.

Politics-wise, Bourla is known for his opposition to government intervention in pharmaceutical prices. In particular, he likes to defend his position by arguing that such intervention would hinder R&D by discouraging pharmaceutical companies. Unsurprisingly, Bourla has been known to make political contributions to politicians who share his opinion on this matter. 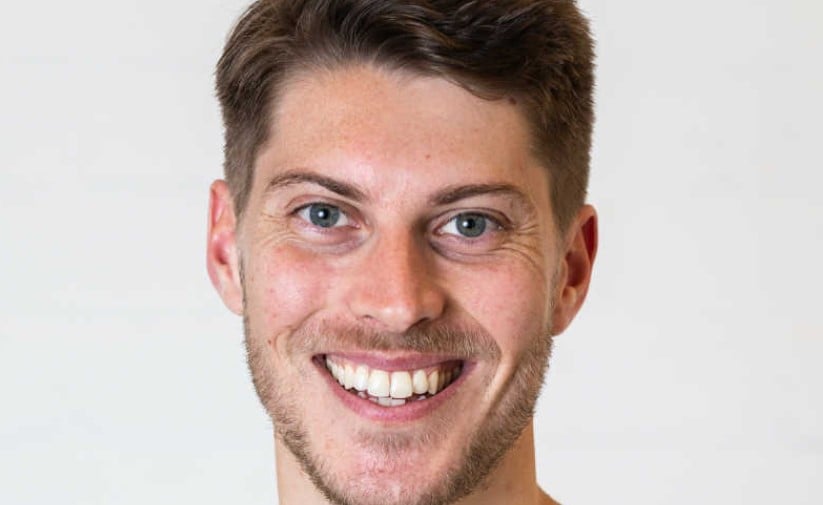 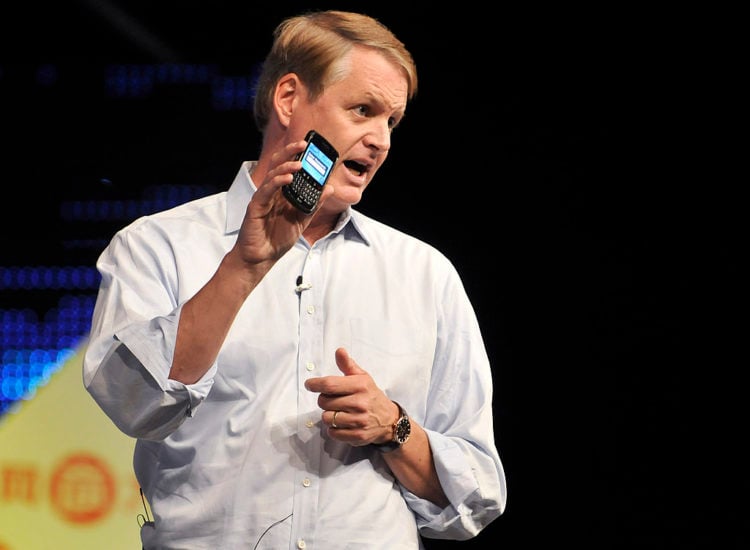 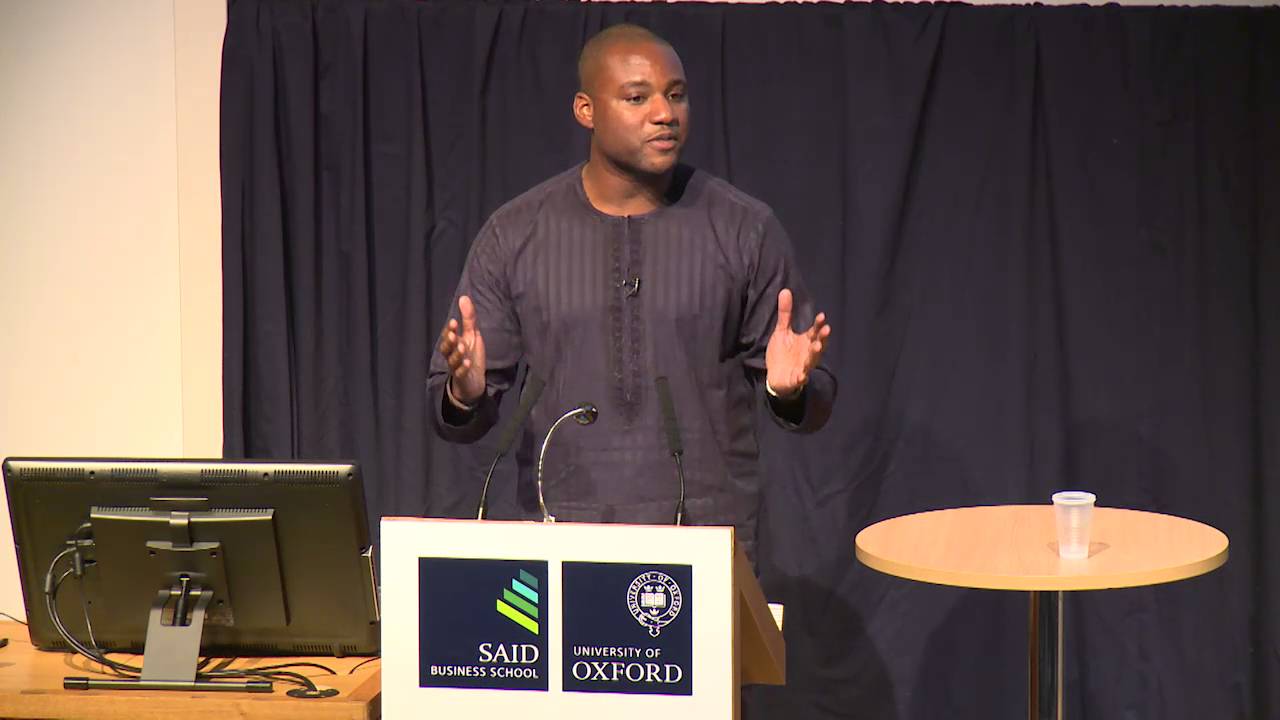 Ladi Delano is the British-born Nigerian technopreneur who, along with his…

What do you know about Inkitt CEO Ali Abazaz? You may… 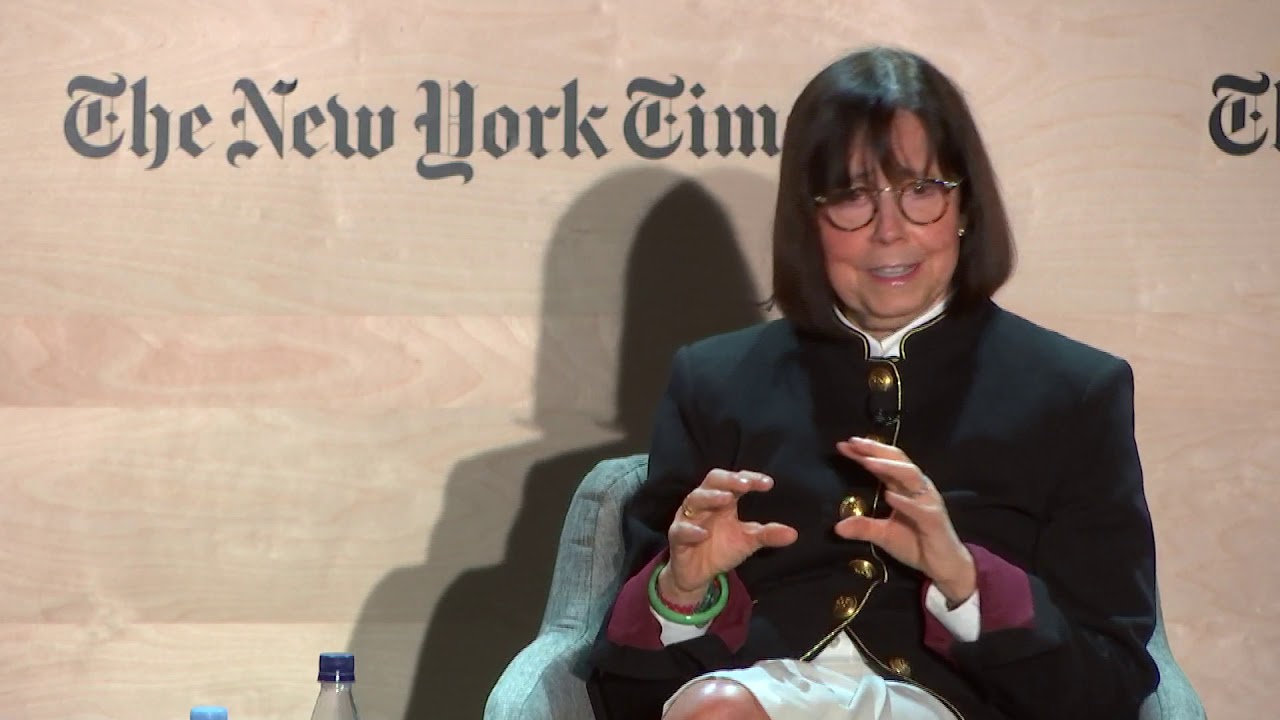 In 2019, it was announced that David Rhodes would be stepping… 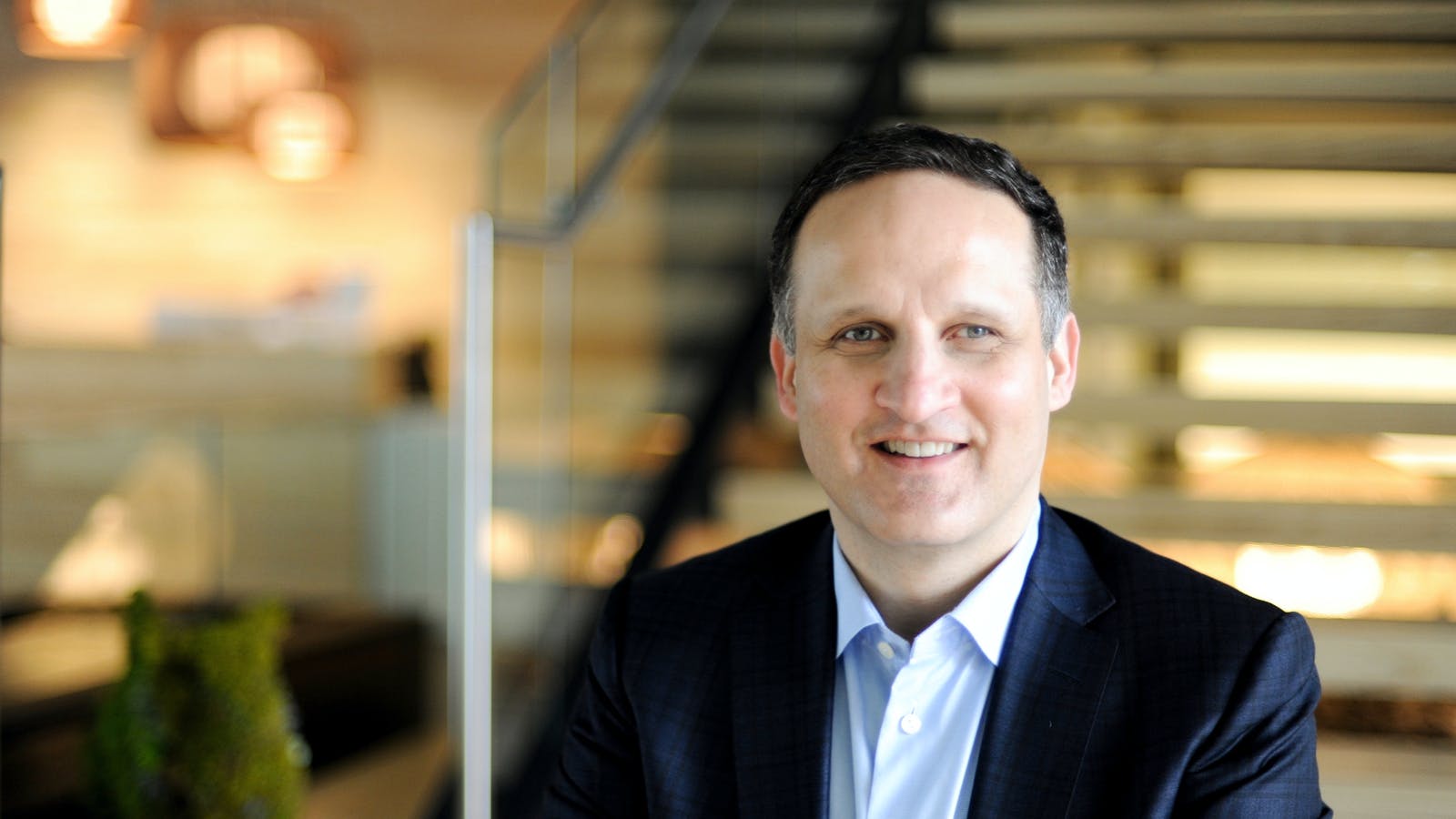