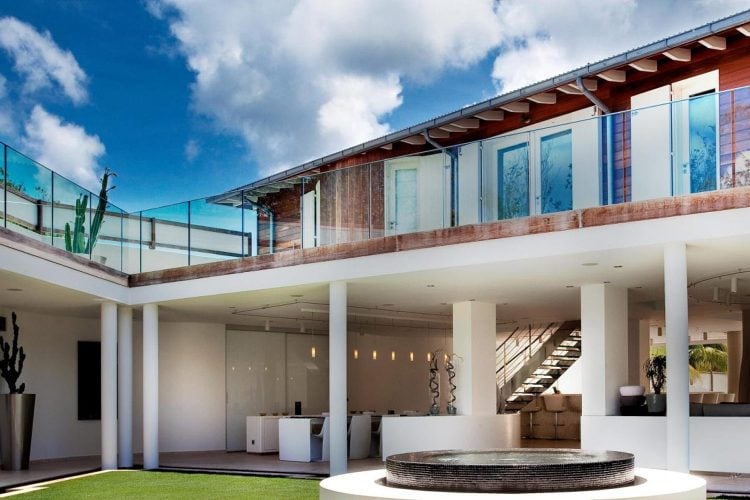 If you think the rich live extravagantly, wait until you see how they spend their vacation time. Unlike most of us who spend our annual week or two at Disney World, on a cruise, or crashing at a Holiday Inn by the beach of our choice, the wealthy spend big money — often more than six figures — on luxurious, over the top getaways. They see what only a privileged few get to see, eat the finest foods, and spend the night in castles, palaces, and private suites at the finest hotels in the world.

What’s more, they’re not going to just one specific destination. High end luxury vacations can be taken all over the globe, from the tropics to the highlands, from the countryside to the top of the urban landscape. And the experiences range from restful and relaxing to intense and hands on. Whether you’re looking for an over the top vacation spot or just wanting to dream big, here are ten luxury vacation ideas that will cost you north of $100,000. 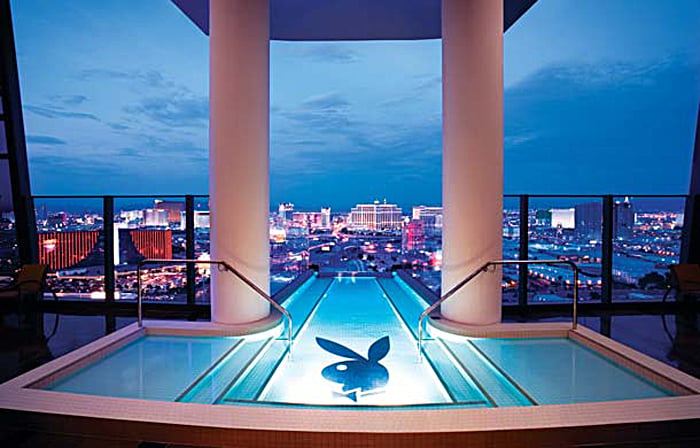 For the ultimate party palace in Sin City, the two-story, 9000 square foot Sky Villa at the Palms is the ultimate of hotel suites. It’s named for the Playboy empire founder, and true to form, it features revolving beds, a fully stocked bar, private massage rooms, and an infinity pool and hot tub on one of the suite’s balconies. The view of the Vegas strip is unbeatable, and there’s a glass elevator between floors. Bring your friends, and be ready to shell out $50,000 per night, bringing a weekend stay at the Sky Villa to at least 100 large. A week in the glorious countryside in the south of France may seem like a priceless opportunity, but this incredible chateau can actually be your home (and the home of 31 of your nearest and dearest friends) for a week for about $62,000. You’ll have access to the swimming pool, and you can relax without anyone nearby, as the property is surrounded by park land. Throw in airfare (first class, of course), plus gourmet meals and a few cases of the region’s best wine to keep you sustained for the week, and you’ll easily exceed the $100,000 mark. 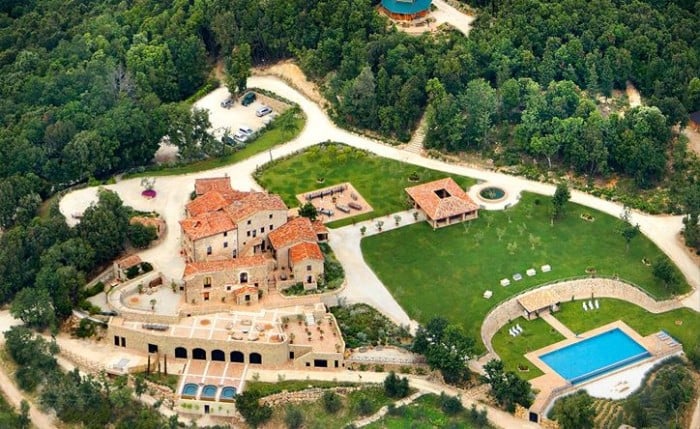 If a rustic Italian villa is more your style, consider a week’s stay at Villa Bellissima VI, a 22-suite, 300-year old farming compound with old world charm and all the modern amenities you could want: a huge swimming pool, a fitness center, a spa, and more. It’s all yours for $19,500 per night, or well over $130,000 for a week.

Utah may not be the destination you envision when you hear the words “luxury vacation,” but just hold on a minute. Film fans with deep pockets may be very interested in spending their time off at Deerfield Estate because of its proximity to Park City, home of the Sundance Film Festival. Each night at Deerfield runs $17,000. Throw in full Sundance passes at $3500 each, and you’ll easily drop over $100,000 for a week at the festival in style. It’s one thing to party like a rockstar, but it’s quite another to stay at the luxe Villa Rockstar at the St. Barths Eden Rock Hotel. Not only is this a glorious, well-appointed 16,000 square foot home right on the sandy beach, complete with a private pool and top of the line furnishings, but there’s a top of the line recording studio available for your own personal use. Each night at Villa Rockstar costs $15,000, and there’s a five night minimum. Studio costs run as much as $7240 per song, making the bill for a week’s stay and a few recordings well in excess of $100,000. 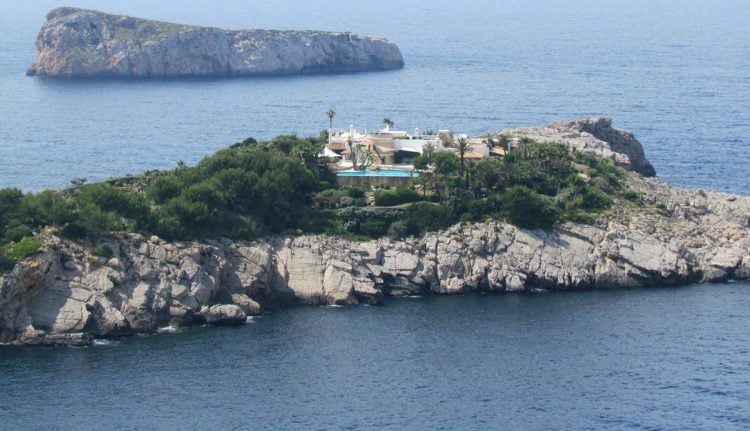 If, like Jean-Paul Sartre, you believe that hell is other people, then a vacation on your own private island is just the ticket. It’s never a cheap ticket, but it’ll give you the beautiful solitude you’re after. And, if you’re after your own island in Mare Nostrum, you’ll want to check out Isla de sa Ferradura. This 14 acre paradise boasts a lovely home, a pool, a lagoon, a waterfall, and a spa in a cave. The price? $230,000 per week.

You can stay in a hotel with strangers, or you can stay in your own private mini hotel on the west coast of Mexico with 13 of your closest friends. Located just north of Puerto Vallarta, Casa El Destino offers seven gorgeous rooms with terraces, a pristine infinity pool, lush gardens, a gym, a concierge, and a personal chef, and more. Plus, there’s not one, but two Jack Nicklaus golf courses. All this can be yours if you’ve got the weekly rate of $105,000. This is another private island that anyone with deep pockets can use as an escape from the general population. Musha Cay is in the tropical Caribbean, and it’s owned by magician David Copperfield. There’s a maximum capacity of 24 guests in its five posh homes, and if you go, you’ll never have to lift a finger, thanks to its staff of 30 catering to your every whim. Hop on a private plane (there’s a single airstrip on the island), then swim, snorkel, and just relax in this secluded paradise. You’ll spend $37,500 per night, and there’s a four night minimum. 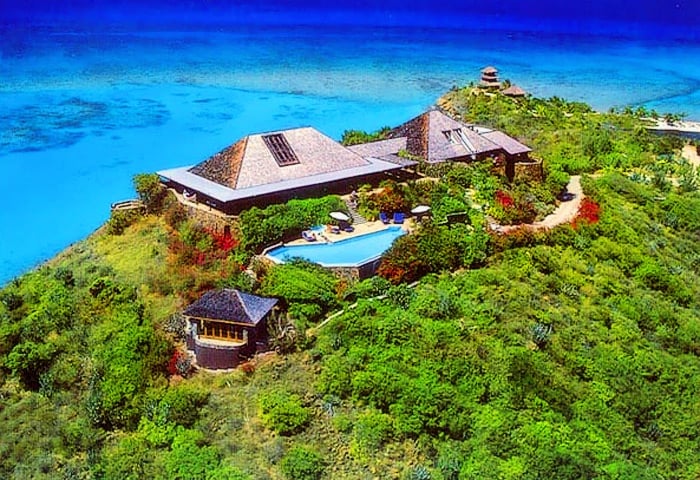 This Caribbean island getaway is owned by Sir Richard Branson of Virgin Group Ltd., and deluxe does not even begin to describe it. For $357,000 per week, you can book the entire island and throw the party to end all parties with a few dozen friends. Between the great house and smaller bungalows, Necker Island can accommodate 34 guests quite comfortably, and there’s lots to do: kite surfing, water skiing, snorkeling, tennis, massages, you name it. Billed as “The World’s Ultimate Luxury Cruise Holiday,” the Million Pound Cruise was a once in a lifetime opportunity: a 124 day, 28 country adventure with the finest accommodations on the planet. It took place in 2013 and cost cruisers £8000 per day, or just under £992,000. (In US dollars, it works out to be about $1.4 million.) While there are currently no plans to launch a second Million Pound Cruise, Six Star Cruises has many luxurious cruise packages that vacationers can purchase. 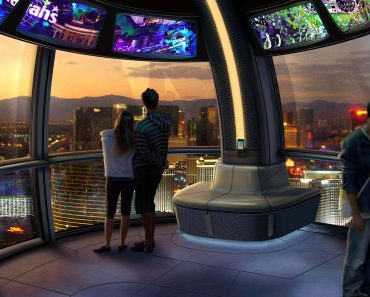 What is a REIT’s Distribution Requirement?