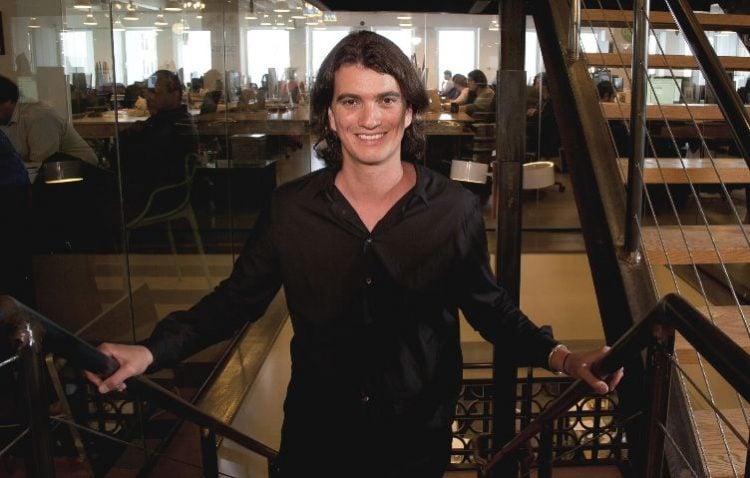 WeWork has twenty six offices throughout New York alone. It is a business that Adam Neumann founded along with Miguel McKelvey in 2010. It is a company that rents larger sized office spaces and breaks them into smaller offices and leases them out to make a profit. In essence, they are creating cubicles and leasing them out, but the membership brings about a set of particular privileges. WeWork leases work spaces to create an atmosphere that allows people to rent a space that offers all of the amenities that they need to work on their own business while enjoying arcades, fresh fruit, beverages, high speed internet, telephone access, weekly sponsored events and the opportunity to work with like minded individuals or strike out on their own.

The starting rental price is just forty $45 per month. Neumann’s goal is to offer the new generation an environment that offers support and networking with peers. He believes that the WeWork network will foster some really cool new startups as people with unique ideas get together in a supportive environment that allows them the freedom to work on their ideas and draw feedback from others as needed. So far, the success of WeWork has gone through the roof with offices in seventy seven locations and well over fifty thousand members. The co-founder and CEO of WeWork, Adam Neumann is himself a very remarkable guy worthy of a little more credit for his great accomplishments.

We’re going to share ten interesting facts that you didn’t know about him.

1. Neumann is visionary and doesn’t care what skeptics think

Although there are quite a few professionals who don’t think that WeWork is such a great idea, Neumann has a different point of view. He believes that young people who have good ideas have a great potential to thrive in the right environment. His lack of concern about what naysayers have voiced has flourished into a thriving network that has been successful.

2. Neumann is planning to develop a communal living environment that is based off of the WeWork model.

He figured that if the cubicle concept was such a great success then a communal living area could be just as successful if not more so. The WeLive network offers people the opportunity to live in a common area and work together to achieve even greater successes in their endeavors. The program is just getting off of the ground and has not yet been implemented but we’re expecting to hear more about it in the near future.

3. Adam Neumann Was born in Israel

This amazing entrepreneur was born in the city of Tel Aviv, Israel twenty nine years ago. He was raised on a kibbutz. This may be why he understands how well communal living can work under the right conditions. He has a keen sense of how work and living spaces can be laid out to achieve the highest level of effectiveness and resident comfort.

4. Adam Neumann is a family man

This high powered executive and wealthy entrepreneur is married to Rebekah Platrow Neumann. The couple has four children. Adam spends his time working to grow his business, but he also dedicates time to his growing family. Rebekah has been a huge source of support and inspiration for Adam as he has worked to build the WeWork network.

5. Adam was known as a “big talker” before he made it big

His wife Rebekah pointed out that this was one of her concerns when she first met him. He was struggling to make ends meet and didn’t have much money. This didn’t stop him from launching his ideas into a successful business venture. Perhaps it was his “big talk” that fueled the fire for him to take action and turn his life around for the positive.

It was his wife who opened Adam’s eyes to the fact that he consumed way too much soda and smoked too many cigarettes to be at his peak health and mental capacity. With these bad habits behind him, Adam became healthier and clearer to pursue his endeavors. Rebekah has been an inspiration for him in many aspects of his life.

7. Neumann started realizing success when he changed his thinking

Adam Neumann was initially obsessed with making money. A venture into the Kabbalah helped him to realize that success went far beyond money. When he started thinking about the gain of fulfillment and inner joy, he relaxed and changed his focus. When he let the idea of making money slip further into the background of his plans, things began to take off in a positive direction.

8. Adam Neumann used to sell baby clothes for a living

While he was young and struggling to make ends meet, he sold a special type of jeans for infants. They featured special reinforcements in the knees. This helped to strengthen this portion and cut down on the wear that came from infants who were just learning how to crawl on the floor. At one point, he had a lot of inventory and not a big demand so the business was not as lucrative as he would have liked.

The native of Tel Aviv, Israel followed his sister Adi to New York. This is when he made his decision to become an immigrant to the United States. He experienced a real culture shock coming from a communal life style to a city where people don’t really talk unless they know one another well. His sister was voted Miss Teen Israel and came to NYC to pursue a career in modeling.

This amazing young entrepreneur has gone from selling baby clothes and not being able to afford a decent lunch to having a net worth that is estimated at $2.5 billion according to Forbes. This is a remarkable account of the story of a young man who took a brilliant idea and turned it into a multi-billion dollar business and he deserves full credit for his spirit and willingness to take an idea and make it a reality that is changing the lives of young people for the better.