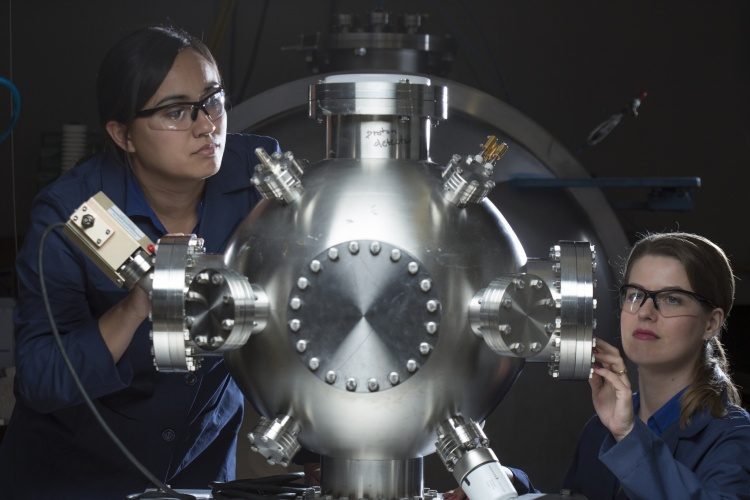 As the world’s population increases, researchers and scientists are becoming investigators searching for new ways to provide energy. There are many forms of energy which are either non-renewable, costly, or have by-products which are dangerous to humans and damaging to the global environment. With the awareness that new energy is of prime importance, governments are looking for affordable and cost effective energy systems which will allow the world to transition from dependence on fossil fuels toward cleaner ways to generate power.

Though much progress has been made in terms of solar and wind energies, new and exciting technologies are being developed. These include modular sources which are not dependent on extensive systems using centralized facilities. Modular energy will help developing areas to gain access to power for heating and cooling homes.

With new technologies using effective solar and wind power, focus has turned to the water on Earth, with the oceans, rivers, waves and tides attracting research attention. New funding from venture capitalists and governments is also providing scientists with the support necessary to create what was previously thought impossible. There are many new ideas in the early stages of development, and there are others which have been in research for decades and have recently emerged to great acclaim. Consider these amazing examples, and look to the future along with the scientists who have developed them.

In the U.S. Naval Research Laboratory (NRL) publication for April 7, 2014, Daniel Parry reported that the NRL Materials Science and Technology Division had developed a way to use the hydrogen and carbon dioxide in regular seawater and convert these into a liquid fuel. They proved that the process creates usable fuel when they used it to power a radio-controlled airplane in a sustained flight.

The proprietary NRL process is able to remove dissolved and bound carbon dioxide from seawater at a rate of 92 percent efficiency. The 4-step process is complicated and innovative:

Dr. Heather Willauer, a research chemist with the NRL stated that the demonstration indicated the potential for transitioning the innovative technology from the laboratory to implementation in the commercial sector. The flight was the result of a collaborative effort undertaken with the P38 Naval Reserve program of the Office of Naval Research.

Because the ocean absorbs CO2 from the earth, it offers an abundance of carbon. It carries approximately 140 times the amount of concentration of CO2 in the air. The navy has long been interested in finding a way to fuel ships at sea without resorting to refueling using cumbersome oil tankers. The potential advantages of refueling using the ocean, on the spot, are enormous. The cost for creating jet fuel using the recently developed technology ranges from $3 to $6 per gallon.

The radio-controlled airplane was a replica of the WWII P-51 Mustang. Its red tail is familiar as the aircraft flown by the Tuskegee Airmen; legendary pilots. The replica aircraft has a two-stroke model internal combustion engine. It was demonstrated by Dr. Jeffrey Baldwin, Dr. David Drab, Dr. Dennis Hardy, and Dr. Heather Willauer; all NRL researchers. The team predicts that the fuel technology may be commercially viable within approximately seven to ten years.

Researchers at the Joint Center for Artificial Photosynthesis, a Caltech innovation hub, created an artificial leaf which uses energy gleaned from sunlight to isolate water from hydrogen. The effort to make liquid fuels similar to diesel or gasoline is the goal; as researchers make progress with devices that can produce hydrogen and oxygen for powering cars or generating electricity. It has been a decades-long process, with slow progress. But the innovation hub was developed in 2012 with capacity to receive more than $122 million over the next five years. With the funds, the hub brought together collaborative researchers from Lawrence Berkeley National Lab and an additional 20 research centers. The hub installed 3-D advanced printers and began to build prototype catalysts which could produce fuel from sunlight.

In 2015, hub participant researchers at Lawrence Berkeley National Laboratory and UC Berkeley created a system which captures carbon dioxide emissions before their release into the air and convert them into fuels and other significant products. The new system allows scientists to mimic photosynthesis, and it boasts a solar to chemical conversion efficiency of 3 percent. The system should become commercially viable once it reaches a 10 percent conversion efficiency which is also cost-effective. It’s a technology which will not be commercially available for some time, but scientists Peidong Yang, Michelle Chang and Christopher Chang are already working with their second-generation system.

The University of Michigan Marine Renewable Energy Laboratory began their project creating electricity using river water. It took considerable research because river water moves slower than ocean water. But U-M researchers believed they could use physics to create VIVACE. These letters stand for Vortex Induced Vibration Aquatic Clean Energy. Michael Bernitsas is the professor whose research showed that vortexes are powerful potential sources for energy. He pointed to the collapse of the Tacoma Narrows Bridge, which collapsed after the structure itself blocked flows in the air, creating vortexes which destroyed the bridge in hours. Bernitsas had spent years studying ways to block damaging vortexes. This was the catalyst for his reversal of thinking. He had an epiphany, which was to harness vortex energy rather than block it. After a decade of research, Bernitsas discovered that it was possible to manipulate the vortexes within slow moving river water to create energy. He named his manipulative tools “fish tails” because the underwater flaps vibrate the water causing it to move quickly enough to convert water movement into mechanical motion which will ultimately create electricity.

In June 2016, the first VIVACE device was put into place in the Saint Clair River, north of Detroit. It is the first commercial installation of VIVACE convertor. It is submerged underwater at 26 feet, and it weighs 12 tons. The device has four aluminum cylinders which slide from side to side on rails. Though the river’s current is just three knots, each of the cylinders can generate one kilowatt of electricity. This amount is sufficient to power one home. By harnessing vortex-induced vibrations from the water electrical power can be generated. Using the turbulence phenomenon known as galloping, which is the whipping effect which increasing the cylinder movement and generates even more power, Bernitsas and his team are using flow-induced motions to revolutionize generation of hydroelectric power.

Because geothermal energy is found nearly everywhere on Earth, many countries have been accessing this energy to create systems for heating and cooling. Though capturing the heat from beneath the surface of the earth is relatively easy in areas where water circulates to the surface, this only accounts for about ten percent of land on the Earth’s surface. So, researchers are working on enhanced geothermal systems which will capture the heat in dry land areas. This technology, known either as hot dry rock or EGS, requires pumping water through hot rock reservoirs which exist deep below the surface. The water is pumped through the rocks at high pressure, which breaks the rocks and heats the water. The water becomes steam which is pumped through power turbines to generate energy in the form of electricity.

In 2006, MIT conducted a study which indicated that this technology was capable of providing 100 gigawatts of electricity by the year 2050. For this reason, in the United States, venture capital firms such as Google, the US Department of Energy, selected universities and geothermal industry members are collaborating with research projects to develop ways to capture EGS energy.

Already used in Iceland, New Zealand, and in projects around the United States, various geothermal systems are providing heat for communities. In Iceland, hot spring water heats nearly every building, with more than 50 percent primary energy captured from geothermal technology. Still in the development process are more efficient ways to create closed systems which return air pollutants inherent in the released steam to the underground. Minerals and salts also can build up within systems and must be removed and returned to different wells or landfills. Efficient ways to return toxic emissions, problematic salt, and mineral by-products to the underground continue to be researched.

Lockheed Martin has been working on a compact fusion reactor, or CFR, since at least 2013. The project has been part of the aerospace giant’s Advanced Development Programs. This project is focused on creating a compact reactor small enough to be built using a production line, but powerful and stable enough to power a small city with up to 100,000 residents. The company refers to its development program as Skunk Works, dubbed so by its founder Kelly Johnson. Skunk Works has worked on military and commercial aerospace technologies for over 70 years.

Early in the development process, the team created a 1 meter by 2-meter reactor with a cylindrical form. They place deuterium gas inside and heated it with RF energy, creating a confined plasma. A magnetic field is used to keep the plasma stable. In 2013, the goal was to produce a 100 MW plant prototype within 5 years, and then build a commercial plan within 10 years.

Skunk Works is specific when explaining the difference between fusion and fission. In the past, nuclear power was achieved by splitting an atom into smaller fragments to produce an energy explosion. Nuclear reactors still use this form of power. But fusion heats a gas until it separates into electrons and ions. The icons can fuse together once hot enough, because they overcome mutual repulsion and then they collide, releasing approximately three to four times more energy than a fission reaction.

By May 2016, in a Defense News article by Aaron Mehta, it was reported that investment in the portable nuclear fusion reactor had entered an advanced stage. The Skunk Works team, as reported by division head Rob Weiss, was continuing to test their reaction containment process and increasing the temperature levels for fusion occurrence. The team had also achieved the all-important first step of achieving initial plasma.