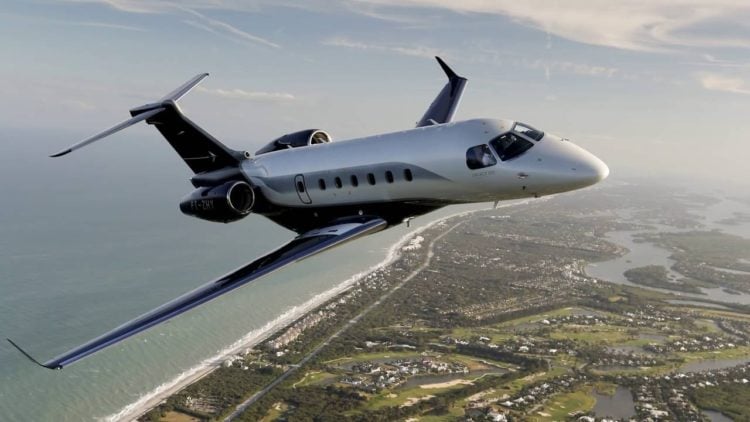 If there’s one thing that the folks at Embraer truly believe in, it‘s that you don’t need to predict the future when you can invent the future instead. And, that’s exactly what they’ve done with the Embraer Legacy 500, their new 12-passenger midsize jet. Maybe you’ve heard of it and maybe you haven’t. If you have, you ‘re sure to want one. Either way, here are ten things you probably didn’t know about the Embraer Legacy 500:

Since then, the company has delivered 8,000+ aircraft worldwide. In fact, approximately every ten seconds, one of their aircraft is taking off somewhere, and those aircraft transport more than 145 million passengers per year. The company is also the leading commercial jets manufacturer up to 150 seats. Embraer has offices, parts and service centers, industrial units, and more all over Africa, Europe, Asia and the Americas.

The Embraer Legacy 500 can fly coast-to-coast in the U.S. and that’s non-stop. It’s also in either direction. So, it doesn’t matter whether you’re flying from Boston to SoCal, or Oregon to Florida, you can do it non-stop in your Legacy 500 with more comfort on those long flights.

3. Fastest Jet in the Midsize Segment

The Embraer Legacy 500 has digital flight controls (fly-by-wire) and is actually the first midsize jet to have them. They offer lucky owners and passengers alike the ultimate in comfort, passenger roominess, and overall performance. It’s truly a game-changer, as well as being fastest in its class.

It’s six feet tall with a flat floor. At Embraer, they believe that comfort starts with space and the Legacy 500 definitely delivers that for a superior flying experience. Since they built their initial executive jet, they have been intentionally designing aircraft with spacious and liberating cabins. Because of this, Embraer has become known for being the most generous in all categories. Private jets are known for freedom of movement and Embraer makes that top priority inside their aircraft cabins. In addition, you can customize your personal jet’s cabin to match your own design preferences.

6. Best Cabin Pressurization in its Class and More

The seats on the Embraer Legacy 500 are not just reclining by also available complete with optional massage and heating for the ultimate in relaxation and comfort. They also swivel and provide movement both laterally and forward. The Legacy 500 seats up to 12 passengers with every seat having a window that is largest in its class for reading or working by natural light.

With the Embraer Legacy 500, you get a greener aircraft with all-new technology for lowering emissions and reducing noise. It’s CAEP/8 Emissions and Stage 4 exterior noise limit compliant. You’re also getting the Embraer airline history of rugged reliability, the longest maintenance intervals in the aircraft industry, an MSG-3 low-intervention philosophy, and last but not least, an aircraft that has been designed for the ultimate in high utilization.

So, even if you didn’t think that you needed or wanted your own private jet before, bet you do now. The Embraer Legacy 500 is a dream-come-true for discerning buyers who want the best of everything. And, we can all dream, can’t we?