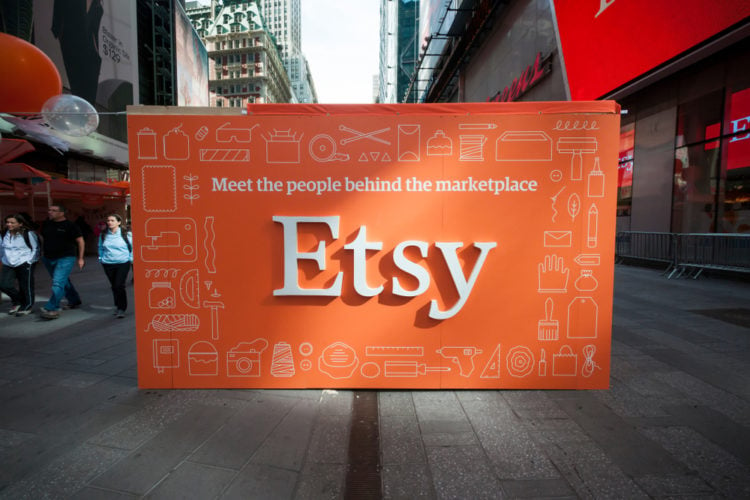 Etsy is an eCommerce company founded in 2005 by a small company called iospace. The company grew quickly and is now one of the largest and most popular of its kind. The company is publicly traded and offers shares of common stock for sale. If you’re planning to diversify your current investment portfolio, it’s a stock worth considering, but is Etsy a solid long-term investment option? Any investment in the stock market involves some degree of risk, but some stocks are better bets for the long-term and retirement portfolios than others. It’s best to review the company profile, examine its performance history, and learn about what experts in stock investments have to say about the option to assess its likelihood of profitability. Here is everything you need to know about Etsy to determine if the stock is the right choice for you.

Etsy is a publicly-traded company listed on the Nasdaq stock exchange under the ticker symbol ETSY. The company has been in business for sixteen years. It was established by founders Robert Kalin, Chris Maguire, Haim Shoppik, and Jared Tarbell. the headquarters is in Brooklyn, New York with Josh Silverman as the CEO, according to Wikipedia. The online eCommerce business offers a clearinghouse for vendors to sell their tools, craft supplies, toys, furniture, art, and other items for small fees. All items in the vintage category must be at least 20 years old to qualify for listing under the category. It started as a small company with four founders, with the addition of Maria Thomas as COO made in 2008. She advanced to CEO and left the company a year later. Robert Kalin served as CEO until stepping downs to add Silverman to the executive team.

Etsy has grown to a size of 1,400 workers as of 2021. The business serves buyers and sellers from around the globe. It grew from a small company to one of the largest of its kind on the planet. In the first year of operation, Etsy added new functions to the site with assistance tools to help sellers gain visibility and increase their sales. The company surpassed $1.7 million in sales by Spring of 2007, according to Crunchbase. By 2007, it had reached the milestone of 2 million sales. Buyers flocked to the site spending $4.3 million for 300,000 items on the Etsy website. Etsy experienced an increase in sales of 43 percent within one month.

Etsy participated in 9 rounds of venture capital funding before going public. The last round of Post-IPO Equity funding concluded on May 15, 2017. The total amount raised including the last round was $97.3 million with high investor confidence. Nineteen investors believed that Etsy had a high likelihood of delivering a healthy return on investments. Some of these include Dragoneer Investment Group, TPG, ESO Fund, Burda Principal Investments, Breyer Capital, Acton Capital, Union Square Ventures, Glynn Capital Management, Accel, and many others.

Etsy has made nine acquisitions

Part of Etsy’s growth strategy involves acquiring other companies to grow and expand its operations. Etsy purchased Elo7 on June 28, 2021, for $217 million. Other acquisitions include Depop on June 2, 2021, for $1.6 billion, reverb.com on July 22, 2019, for $275 million. The first company purchased by Etsy was Adtuitive in December of 2009 for an undisclosed amount. In May of 2012, it bought Trunkt followed by Lascaux in January 2013. In 2014, Etsy purchased grand Street for $10 million. Later that year it acquired A Little Market, followed by the acquisition of Blackbird Technologies in September of 2016.

Etsy held its Initial Public Offering under the Nasdaq ticker symbol ETSY on April 1, 2015. The company opened its stock at $16.00 per share. Macroaxis shares that Etsy has a current valuation of 20.1 billion. It’s a decacorn two times over. Its financial situation is not in question. Etsy is a solid company with strong financial standing and a high valuation. The total revenue for 2020 was $1.725 billion with an operating income of $424.009 million and a net income of $349.246 million. The total assets were assessed at $2.404 billion with total equity at $742.424 million. Each investor must decide if a particular stock is right for inclusion in their investment portfolios. Etsy has a lot going for it. The most common considerations are the company’s past performance in profitability, investor confidence, and stock market performance. We look at these factors to weigh with expert assessments and predictions for how Etsy is likely to perform in the future and the receivables and payables as a starting point for deciding.

The Motley Fool is a trusted resource for down-to-earth perspectives and predictions on various stocks. Analysts at the organization suggest that it’s possible to see a rally on the online marketplace niche. A recent surge in ETSY stocks of 4.54 percent is encouraging, although the stocks took a downturn recently that leaves them down about thirty percent for 2022. ETSY Stock is listed at a current price of $144.72 per unit. It’s up by 4.54 percent or about $6.29 on a spot check. The Market Cap is at $18 billion with a day’s range of $139.05 to $145.37 as of February 26, 2022. Etsy’s outlook is for strong growth due to new buyers on the platform. Online sellers and buyers are flocking to the site, giving hope for yet more surges in growth, although analysts predict that previously lower projected growth rates will likely cause a lower price-to-earnings ratio. Etsy plans to increase its fees which will give it a boost in cash earnings on the massive opportunity that currently exists within the market. Some analysts predict that the price will rise as high as $185, which is far more conservative than previous forecasts of $250 per unit. Macroeconomic factors including higher shipping costs took a toll on the eCommerce industry. We’ve seen price target reductions for Etsy but Wall Street is still bullish on the stocks. The Fool’s analysts view ETSY stock as a solid option for long-term investing. Wallet Investor jumps on the bandwagon for Etsy Inc stock by predicting it will be an “outstanding” option for long term investments of a year or more. While some others are in the hold position or even less favorable, ETSY stock is one of the sweethearts for forecasters who see a sunny future for the stock prices. Walletinvestor predicts that the future values of the stock may see a 50year turnaround of +266.93 percent with the average investment of $100 yielding a balance of $366.93 by the year 2027. The figures are based on technical computations involving market trends, various factors affecting the markets, the past, and present performance of the stock, and company financial stability. ETSY appears to be in the sweet spot for investors.

Seeking Alpha commented on the Etsy situation in May of 2021. The stock beat analysts’ consensus when the majority believed the economic environment was aggressive. The world is reopening, the share price declined, and the valuation reached a high. When Etsy stock dipped, buyers came out. Experts concede that irrationality ruled in the market, making predictions difficult to pinpoint with any accuracy. Etsy started strong in the 2021 quarter, thanks to the pandemic lockdowns in the US and UK. When investors shied away from tech growth stocks, highs for Etsy dropped 50%. Etsy has had its shares of ups and downs, but they predict it will rise and shine in 2022.

Is ETSY stock a good option for long-term investment?

There are pros and cons associated with any stock investment and it’s wise to consider them all when deciding whether or not to invest. In ETSY’s case, analyst reports remain confident that the stock will continue to perform at higher levels. As with any stock, there is always a risk involved. That’s regardless of the commentaries and outlooks. In a world of chaos, anything can happen. Nothing is certain, but some gambles pay off. It’s figuring out which options are best in the short term and the long run. Investors and analysts gather all the facts and make an educated guess, trusting that there are no surprises.

Pros and cons to consider about ETSY Stock

ETSY has had its share of ups and downs. Investors backed away from the stock in 2021, but a recent surge suggests that they’re once again eyeing it as a good investment option. The number of active sellers is surging, enhancing revenues. Etsy is expanding into new regions and markets and experiencing new growth. It’s a mixed bag for any investor to consider, but there are more reasons to trust the potential of ETSY than there are to distrust it. Etsy is a stable company that has proven its value in the market. The company held its own amidst a turbulent market. Irrational behaviors in buying, selling, and trading amongst investors complicated matters. On the extreme plus side, most experts and forecasters predict that ETSY stock is a solid bet for long-term investment. It’s hard to predict what the market is going to do or how investors may act in the future, ETSY has a lot more positive features going for it than it does negatives. The company is doing all the right things, it’s growing and expanding into new territories, and it’s maintaining a stable base. Furthermore, analysts suggest that now is the time to buy ETSY stock. When some of the most trusted experts on investing share their thoughts longitudinally, there’s plenty of research fodder to conduct a decent information trail about past and present performance and the status of the business behind the stocks. Nothing is glaring about ETSY to suggest it would be a poor choice.

Etsy is a growing eCommerce company that provides a reliable and safe platform for buyers and sellers to research and find unique items ranging from vintage to antiques, handmade items, craft supplies, tools, and much more. The Etsy website is a fun and voluminous site to check out. It’s easy to find miscellaneous items to purchase that you didn’t plan. The company went public in 2015, opening with a price of $16 per share. The price of the stock has risen exponentially to a spot check of $144.72 per unit as of March 9, 2022. It’s seen its ups and downs, but overall, the company has performed well. All indications signal that ETSY stock will continue to rise. furthermore, analysts suggest that now is a good time to invest in ETSY if you plan to add to your long-term investment strategy. The outlook is good for ETSY in the long run, but it’s always wise to consult with your financial advisor before deciding on the inclusion of a new investment. It’s essential to realize that any investment in the stock market represents a risk. These factors considered, it still appears that ETSY is one of the more favorable options at this time. 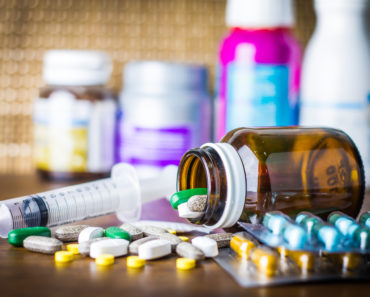 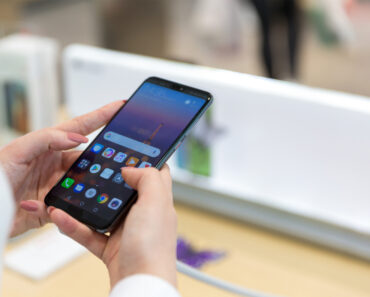 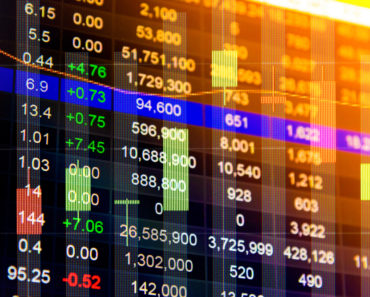 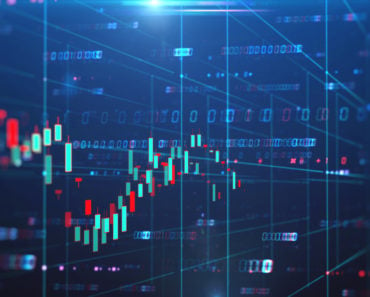 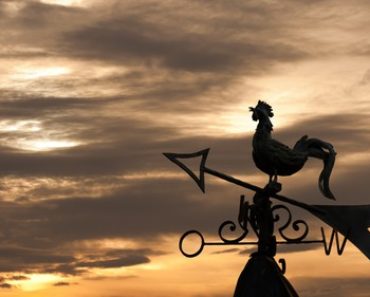 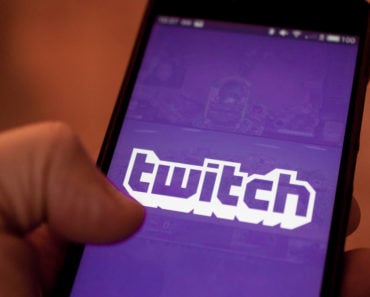