Home
Travel
How to Experience the Glastonbury Festival In Style 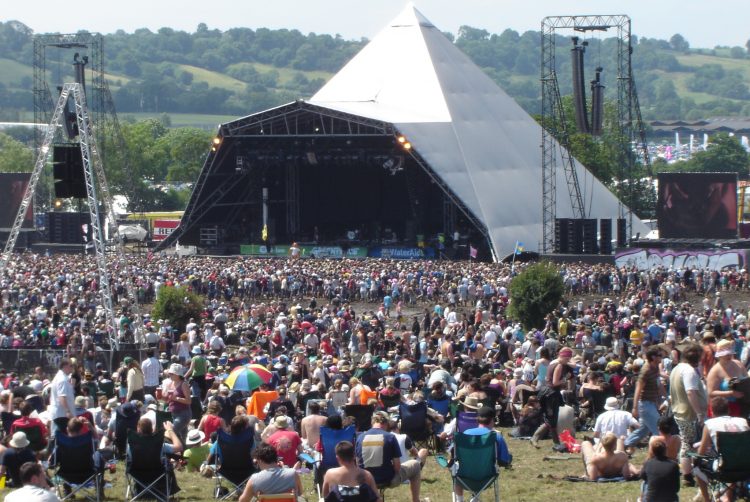 The town of Pilton in Somerset, United Kingdom is where the famous Glastonbury Festival takes place. Its roots are in the early 20th century, but for the last 45 years this five day performing arts festival has drawn thousands of attendees each year. It’s modern day era dates back to 1971, which is when it was known as the Glastonbury Fair and aimed to provide a non-commercialized alternative to the other events that had become commonplace in the area.

A number of well known musicians have graced the stage at the Glastonbury Festival over the years, including David Bowie, Quintessence, Coldplay, Rod Stewart, Isaac Hayes, Joss Stone, and Paul McCartney.The types of acts seen at Glastonbury include dance, theater, circus, music, and even comedy performances. If you want to experience the Glastonbury Festival in style, here’s a guide to planning your trip. One of the many gorgeous four-star hotels in the area is Bannatyne Charlton House Spa Hotel, which features opulent decor and spacious en suite bathrooms. A fine dining restaurant is on site that serves classic English fare prepared with fresh local ingredients. The hotel’s spa has a steam room, sauna, and heated indoor pool. Wifi is complimentary for guests, and the suites have grand four poster beds, flat screen televisions, and many luxe amenities. Nightly rates start at $115.

Another hotel that’s close by the Glastonbury Festival site is Bowlish House, which is hosted inside a stately Georgian style home and has well appointed rooms with fine antique furniture. A lounge and bar awaits guests inside along with a sophisticated restaurant. Each room has its own bathroom as well as a minibar, television, tea and coffee making equipment, and free internet access. A complimentary full English breakfast is included in the rate, which starts at $104 per night.

If you’d like to stay in an intimate setting with all of the luxuries of a four-star property, try the Thatched Cottage Inn. It’s situated close to Wells Cathedral and the East Somerset Railway Museum, plus the hotel itself is housed inside an Old World thatched cottage that’s over 340 years old. There are eight rooms at the Thatched Cottage Inn, and all have a mix of contemporary and traditional decor, televisions, en suite bathrooms, complimentary Wifi, and coffee and tea making equipment. Parking and a full English breakfast are free, and the hotel has its own restaurant that serves a menu full of British classics. The rate per night starts at $88.

Thing to See and Do Aside from the excitement of the Glastonbury Festival, there’s plenty of fun things to do in the Pilton area. For outdoor adventurers and those who enjoy exploring nature, there’s Wookey Hole Caves. It includes a maze of limestone caverns, a cave that the River Axe flows through, and several attractions. Each ticket provides admission to Wookey Hole Caves’ Mirror Maze, circus performances, children’s play areas, and other features. Ticket prices start at $24.51 for adults, and you’ll receive a discount if you buy your tickets online.

History and sightseeing fans will enjoy visiting Glastonbury Abbey, which contains the ruin of a 7th century monastery and is a noted ancient monument. Glastonbury Abbey is best known as being the burial place of the legendary King Arthur, and it attracts many visitors throughout the year. Walking through the site is like taking a step back in history, and it’s open to the public year-round.

Another attraction near the area with a long history is Longleat Safari Park. When it opened in 1966, it was the first drive through safari park outside of the continent of Africa. When you go here, be prepared to spend a day because there’s so much to do. On the safari drive you’ll see lions, cheetahs, and there’s also a hedge maze. Interactive exhibits include the giraffe feeding station and ranger shows, as well as a bat cave and adventure castle. In addition to the safari and adventure park areas, there’s the on-site Longleat Gardens and Longleat House. The latter is a beautiful historic home, and the gardens are lush, full of ornamental decor and blooms, and is the perfect place to relax after a long day. You’ll surely work up an appetite while you’re in town for the Glastonbury Festival, and Pilton has a range of excellent eateries to choose from. For British fare there’s the Crossways Restaurant, which focuses on serving seasonal dishes. The ambiance is casual, and the restaurant contains a beautiful white oak and steel bar area and roof terrace. The a la carte menu includes selections such as pan seared scallops, grilled mackerel, king prawns, and steak. On Sundays, the Crossways Restaurant has a carving station with a variety of succulent meats and delicious sides.

For breakfast, lunch, and private dining, there’s the contemporary Andre’s Cafe. Freshly squeezed juices, homemade pastries and croissants, and fried black pudding are some of the tasty treats on the breakfast menu, while at lunch the eatery offers dishes including hearty gourmet sandwiches, roast pork loin, and roasted lamb. The desserts are not to be missed if you have a sweet tooth. Though the wine and beer selection at Andre’s Cafe is modest, it is of good quality.