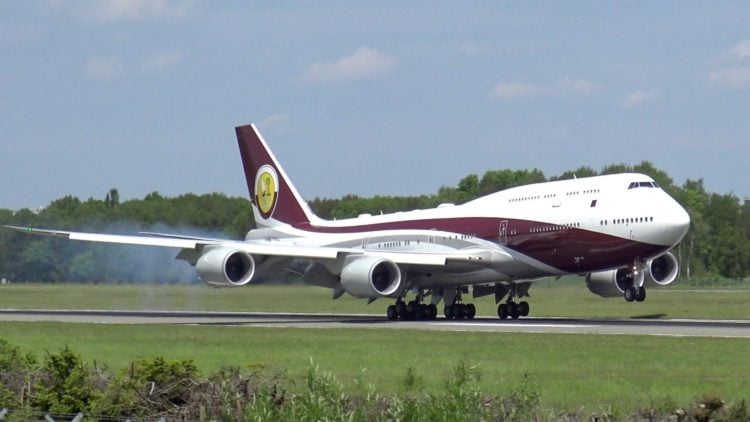 At a bare minimum, a private airplane has a cost that is measured in the low tens of thousands of dollars. Even then, that is assuming that interested individuals are willing to consider offers from people seeking to sell their private airplanes rather than restricting their search to airplane manufacturers. Based on this, it should be clear that private airplanes tend to be rather expensive, particularly when people start adding all sorts of features that are supposed to provide them with a better experience than otherwise possible. In those cases, private jet airplanes can have price tags not just in the tens of millions of dollars but in the hundreds of millions of dollars.

Here are five examples of the most expensive private jets that can be found out there: Priced at $66 million, the Bombardier Global 8000 is supposed to be a simpler and more straightforward example of private jets. In short, it has a stateroom that can provide its occupants with a home-like atmosphere. Meanwhile, its dining room actually serves two purposes, seeing as how it can accommodate those in need of a dining space as well as those in need of a conference space. For additional comfort, these spaces have advanced lighting capabilities for increased ambiance as well as larger windows so as to permit their occupants a better view outside. On top of these features, the Bombardier Global 8000 boasts an engine with greater efficiency, which might appeal to people who are willing to splurge but still interested in keeping down their operational costs. The Airbus ACJ319 Elegance is a corporate jet that comes with a gallery as well as two bathrooms towards the front as well as a bedroom with its private bathroom situated towards the rear. Besides these spaces, there are further sections that can be converted for a wide range of purposes, meaning that this offering from Airbus can be customized to some extent for increased usefulness to its future owner. The standard version of the Elegance costs something along the lines of $80 million, but it is interesting to note that there is a fully-customized version as well, which can be had for another $7 million on top of that particular price tag. Donald Trump’s Boeing 757 comes in at around $100 million. One example of its amenities are the personal TV screens that have been built into each of the 43 seats built into the private jet, which are in addition to a multiplex movie system that can be found on-board. Meanwhile, there is a guest room with couches that can be turned into beds should the need arises. Perhaps unsurprisingly, Trump has brought his usual touches to his private jet, which is why the Trump logo is everywhere while the seat belt buckles have been plated in gold. This is a private version of Boeing’s famous “Jumbo Jet.” It is interesting to note that while no one knows who bought this private jet, said individual has released a fair amount of information about its interior to interested individuals. In total, it boasts an office, a stateroom, a dining room, and two lounges, which have been decorated in a lavish but still restrained manner. The exact cost of the Boeing 747-8 VIP is unknown because the cost of the decorations has not been revealed, but it should be mentioned that the jet airplane starts at a cost of $367 million. People make a lot of jokes about things being fit for a prince, but sometimes, those jokes can be rather literal. For example, the Airbus 380 comes with a huge cost of $500 million, which was paid by a Saudi prince named Alwaleed bin Talal al-Saud. The commercial version can carry something along the lines of 800 passengers, whereas the private version has been turned into what seems a lot like a mobile palace. Some examples of its luxuries include but are not limited to a spiral staircase, a Turkish bath, and a parking space for the owner’s Rolls-Royce. On top of this, the interior of the Airbus 380 has been decorated to suit Alwaleed bin Talal al-Saud’s personal preferences, which seems to include a remarkable fondness for the color of gold.